As the nights draw in for northern hemisphere observers, two interesting comets will be well placed for observation from the UK. Neither are particularly bright and both are telescopic objects, but they are worth making an effort to observe. Finder charts may be found on the Comet Section web page, https://britastro.org/comet 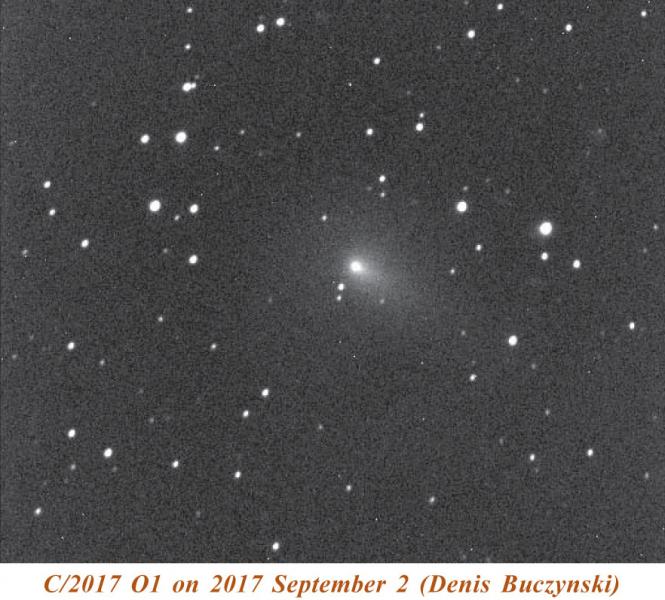 C/2017 O1 (ASASSN)
This is a fairly recent discovery picked up by the All-Sky Automated Survey for Supernovae (ASASSN). It was discovered on 2017 July 19 and appeared to be in outburst at the time. The comet is very diffuse; there has been a large scatter in total magnitude estimates, however the comet has been brightening slowly. At the beginning of September it was around 9th magnitude and it is expected to brighten to around 8th magnitude in October, by which time it will be very well placed in Perseus. It continues to move north and by the end of December will be a 9th magnitude object a few degrees from the pole. 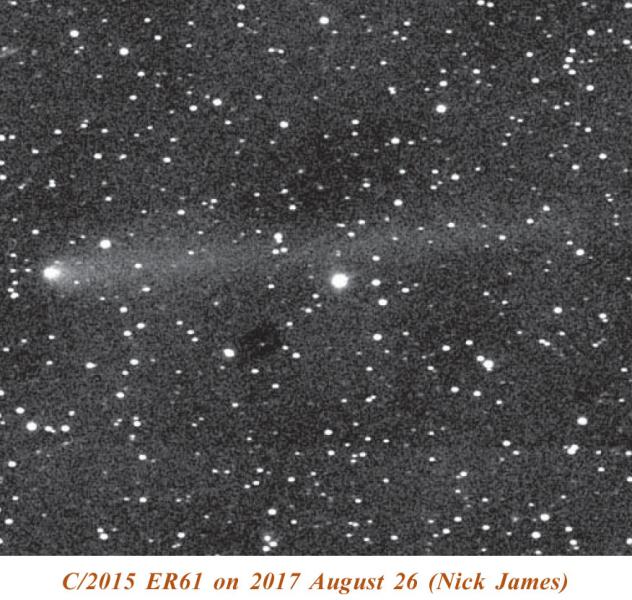 This comet has been around for a long time, having spent much of the last year as a good object from the southern hemisphere. It was discovered by the PANSTARRS survey at mag 21, 9au from the Sun on 2015 March 15. It was originally thought to be asteroidal although it had a very eccentric orbit. By 2015 June the object showed an apparent coma and it was reclassified as a comet in 2016 January.
The orbit is highly elliptical and the comet had a perihelion passage at 1.04au from the Sun on 2017 May 10. The comet is now well placed from the UK and it made a close approach to M45 in Taurus in late August. The comet shows a reasonable tail in the latest images. It will spend the next two months moving slowly through Taurus and Aries at about mag 12.
As always, if you observe these comets please submit your observations and images to the Comet Section, as well as uploading them to your personal BAA Member’s web page.