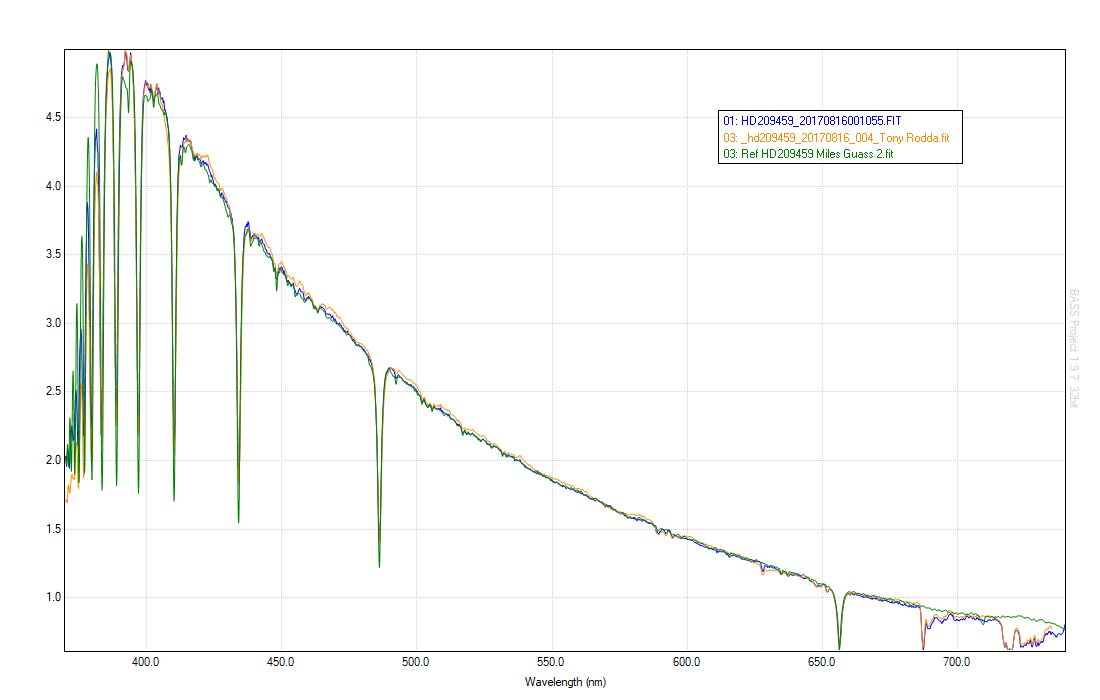 An unremarkable star by virtue of it being a Miles 'standard' star but uploaded here as an example of processing results comparison between ISIS (orange trace) and Demetra (blue).  (I'm a fan of both s/w packages).  The third curve is from the actual Miles database and is green.

Although both my curves are very similar note the differences at the blue end and the fact that Demetra gets closer to the Miles curve than ISIS.

Probably me over-compensating for the Atik's 'blue hump' in the Response Curve process in ISIS.  Whereas Demetra is a more automated process.

I think this needs a bit more investigation on my part.  I just need a few more clear nights!

David Basey,  Dr James Dawson,  Peter Carson,  Derek Robson
Copyright of all images and other observations submitted to the BAA remains with the owner of the work. Reproduction of work by third parties is expressly forbidden without the consent of the copyright holder. By submitting images to this online gallery, you grant the BAA permission to reproduce them in any of our publications.