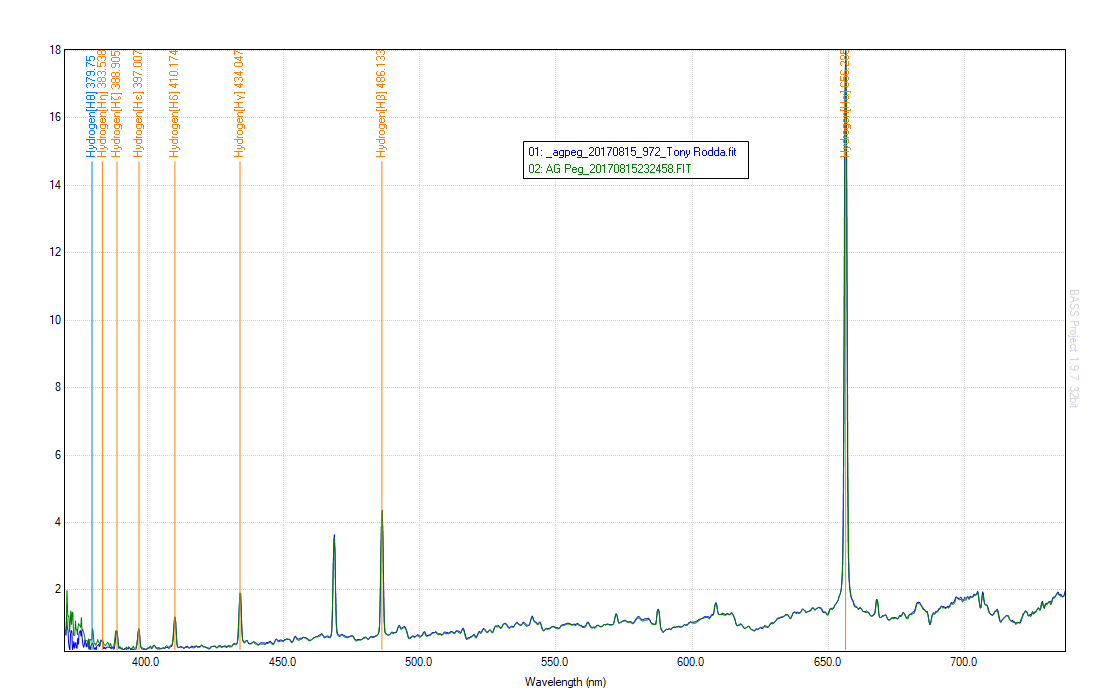 After a summer which saw my observatory PC crash and burn (after a disastrous WIn10 upgrade) and the retrofitting of a new photometric slit for the Alpy it was good to get a clear, dark night at last.

Here's AG Peg.  Processed with both ISIS and Demetra.  Note the (almost) exact fit produced by both processing but the latter has picked up an extra hydrogen line blue-ward.  Probably my 'iffy' response curve generation in ISIS!

Jeremy Shears,  David Basey,  James Dawson,  Peter Carson
Copyright of all images and other observations submitted to the BAA remains with the owner of the work. Reproduction of work by third parties is expressly forbidden without the consent of the copyright holder. By submitting images to this online gallery, you grant the BAA permission to reproduce them in any of our publications.