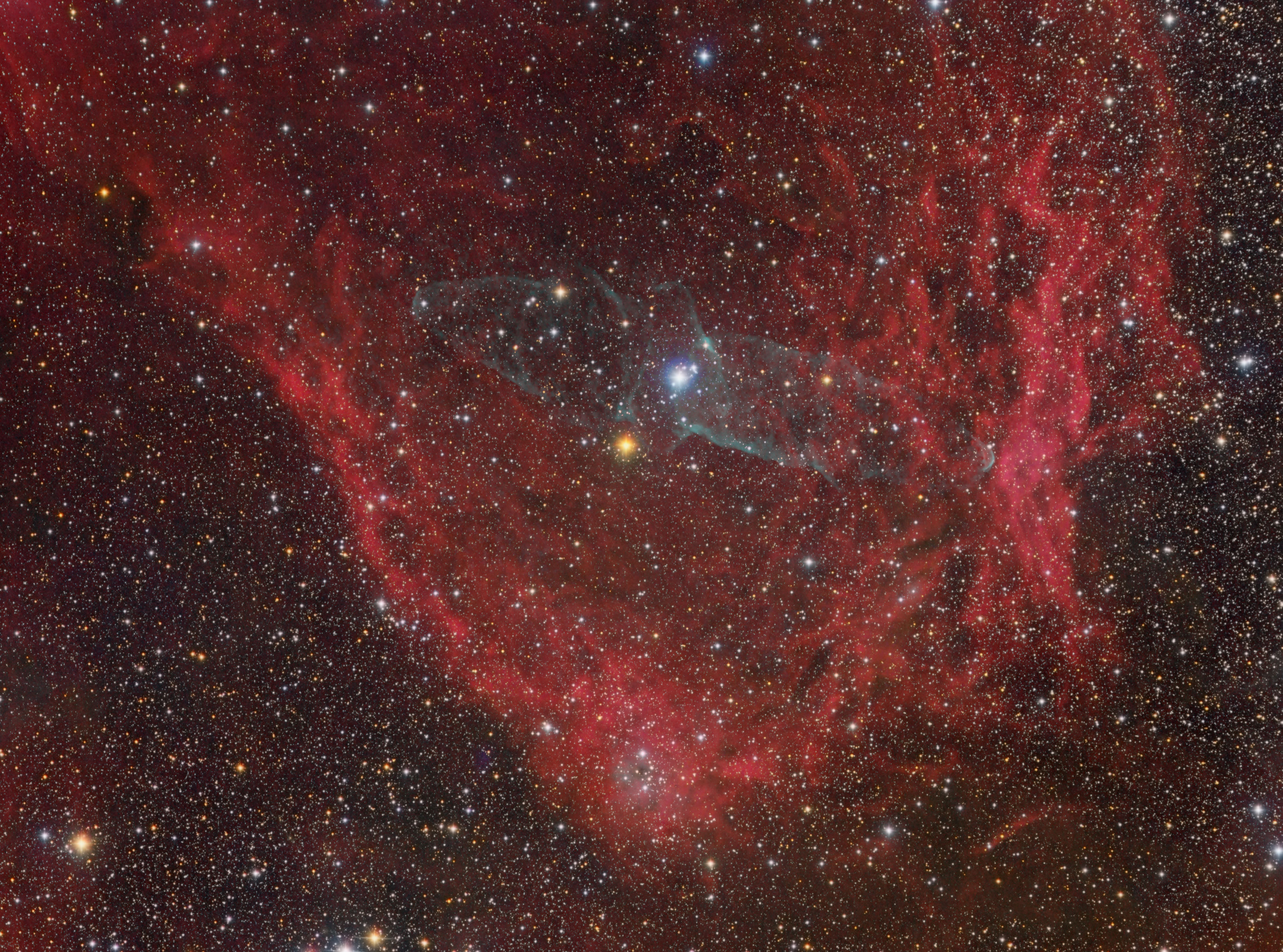 This is an Ha+OIII+LRGB image showing the diffuse nebula Sh2-129 (The Flying Bat) and the enigmatic, bipolar planetary nebula OU4 (The Squid Nebula).

In addition to the 12.7hrs of LRGB data (Baader), there is another 16hrs of HA data (Chroma 3nm) added into the R channel, using a "lighten" method (MAX() function) in PixelMath, and on top of this, 45 hrs (!) of [OIII] (Chroma 3nm) (made starless using Starnet++) blended in using a lighten function in Photoshop. The [OIII] with a selective mask to bring forth the Squid itself and leaving the noisier background out. Data was captured throughout Summer 2020.

The scope used is only 80mm in aperture, and I think throwing more aperture at this one is really the only way to improve the [OIII] signal, which was not very strong (understatement!) - OU4 is extremely faint, and I've reached the end I think in what can be pulled out from here, and I feel time to move on (to something brighter!).

There is some(...) [OIII] emission corresponding to the main Ha emission regions in SH2-129, but it's so very faint it's barely above the noise floor. (2x2 bin may well have been better here...ho hum)

This data was captured from EEYE on our shared rig.

I am having a go at this with my TAK150B and a Nikon 810A I think you have a great image for such a faint target. Looks like I will need 20+ hours to pull the details out.

Nick Atkinson
Copyright of all images and other observations submitted to the BAA remains with the owner of the work. Reproduction of work by third parties is expressly forbidden without the consent of the copyright holder. By submitting images to this online gallery, you grant the BAA permission to reproduce them in any of our publications.