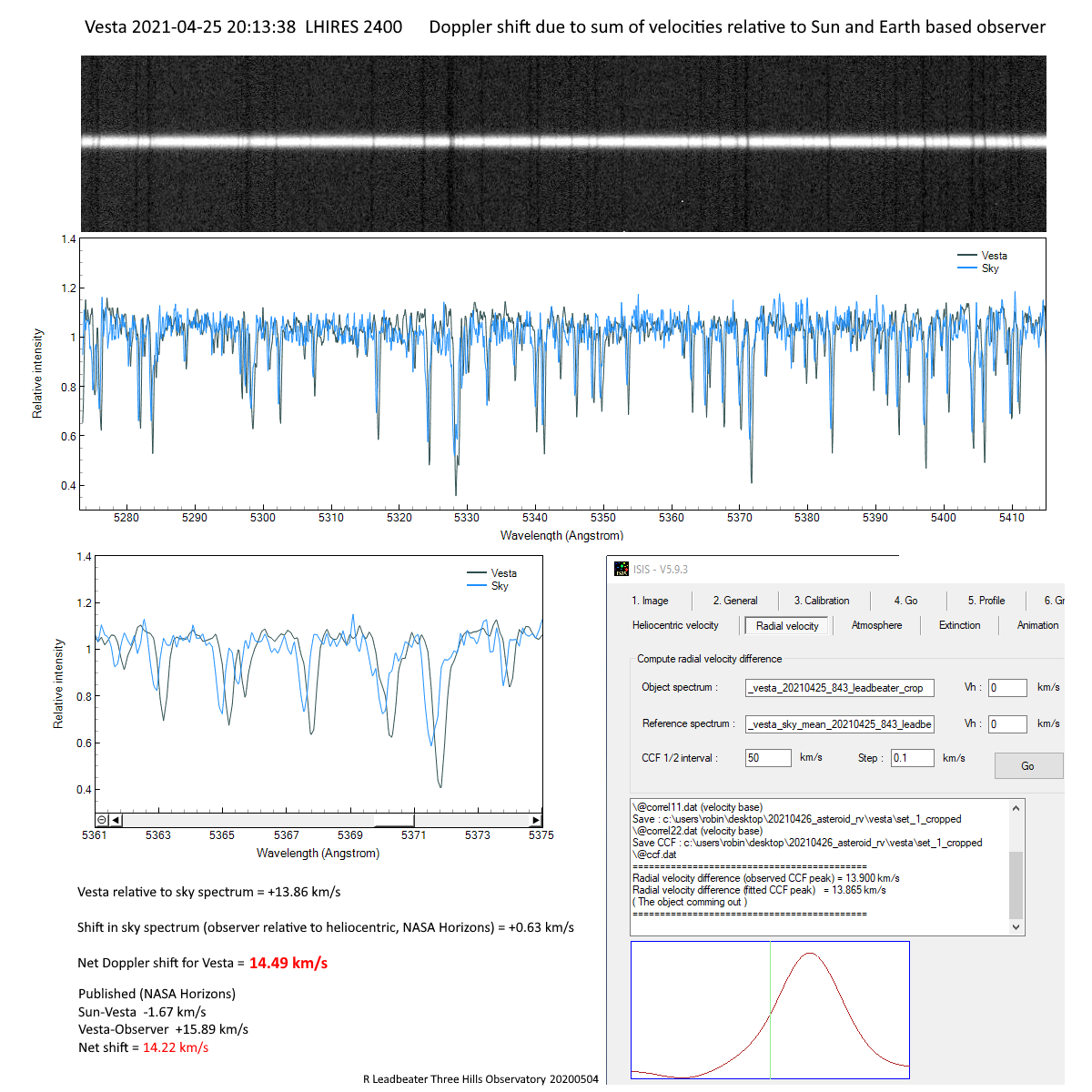 The spectrum of scattered sunlight from an object like an asteroid is subject to a combination of Doppler shifts due to the radial motion of the object relative to both the Sun and the observer on Earth.

This small shift can readily be seen in the high resolution spectrum of Vesta taken in twilight, where the spectrum of the asteroid can be directly compared with that of the sky background. The sky background provides a stable reference allowing the shift to be measured to an accuracy greater than the stability of the spectrograph might normally allow.  The shift is too small to measure from a single line however with any precision. The noise in the spectrum for example limits the accuracy to which the line position can be determined.

By cross correlating the entire asteroid and sky spectra however the shift can be measured with higher precision, a technique which is tolerant of low signal to noise ratio, as done here using ISIS software

Dean Ashton,  Callum Potter,  Mike Harlow,  Michael O'Connell,  Jeremy Shears,  Philip Masding,  Hugh Allen,  Andy Wilson,  David Basey,  Paul Leyland,  Alun Halsey,  Philip Jennings,  Peter Carson
Copyright of all images and other observations submitted to the BAA remains with the owner of the work. Reproduction of work by third parties is expressly forbidden without the consent of the copyright holder. By submitting images to this online gallery, you grant the BAA permission to reproduce them in any of our publications.