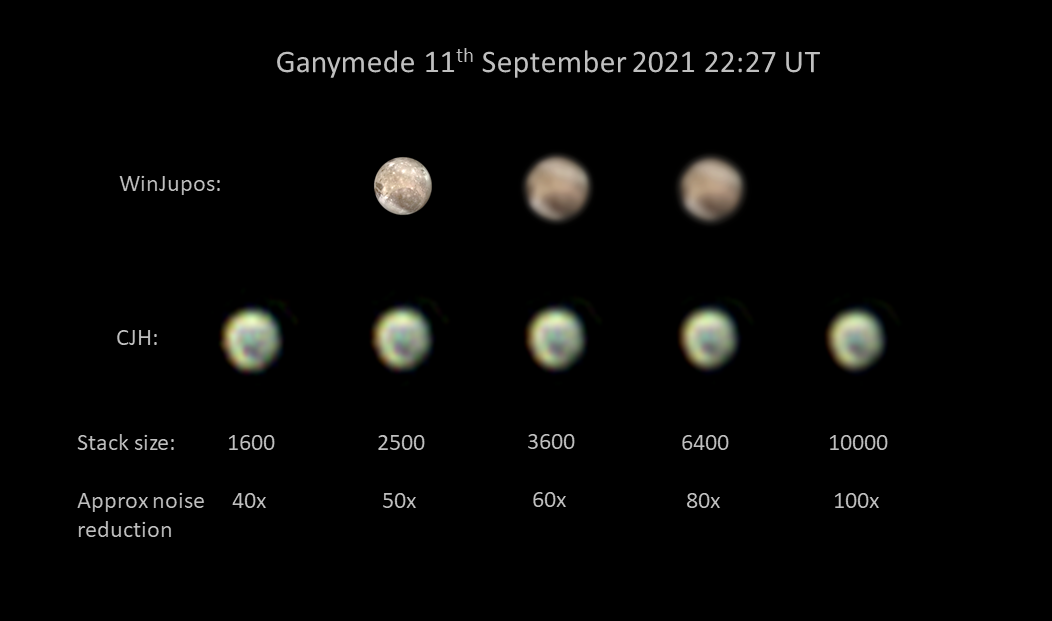 A montage of images of Ganymede, with different numbers of frames stacked to find the best compromise between noise reduction and loss of detail due to including too many poorer-quality frames. Ten videos of 10,000 frames each were recorded during the session, and processed in PIPP and Registax 5. The stacks with different numbers of frames were all sharpened with the same wavelet settings. The seeing was average, but mainly caused overall movement of the image rather than distortion or break-up.

The reference image from WinJupos is shown with two degraded copies having ten and twelve pixels of Gaussian blur to mimic the telescopic resolution. There is reasonable agreement between the actual images and the reference, although the wavelet processing has over-enhanced the edges of the disk of Ganymede.

After Mercury, Ganymede is the next-largest Solar system body (in angular size) to show a solid surface. At the time of observation its apparent diameter was 1.78 arc seconds.

This should be a picture of the week in my opinion.