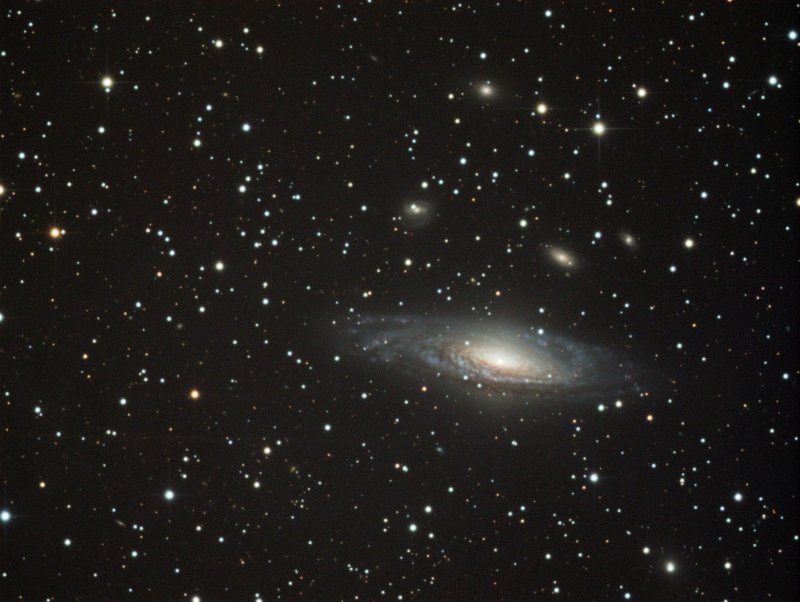 The Deep Sky section has had an observing programme to collect observations of all objects in the Messier catalogue for many years. We have images of all the objects so we wished to look for a new challenge; something that all members could get involved in, like the Messier challenge. So, for a new challenge we chose to start to collect images and observations of objects in the Caldwell Catalogue. Most will be aware that Sir Patrick Moore devised the catalogue to extend and complement the Messier Catalogue by including the “missing” objects and to extend the list to cover the Southern Hemisphere. The resulting Caldwell Catalogue is a collection of 109 of the most impressive celestial objects culled from the NGC and IC catalogues that were not included in Messier’s list. The catalogue comprises; 1 Dark Nebula, 35 Galaxies, 18 Globular clusters, 9 Bright Nebulae, 25 Star Clusters, 6 Star Clusters with Nebulae, 13 Planetary Nebulae, 2 Supernova remnants. Of course as the catalogue also covers objects only visible in the southern hemisphere, this will be an ideal project for our members who live there, as well as those that use remote telescopes, or like holidays ‘down-under’.

The programme is for both visual observers and imagers. Observations should be submitted using the Visual Observing Report Form, and Image Report Form, or with the equivalent information supplied.

This will help observers develop their observational and imaging skills. Observations using different equipment and observing conditions help us understand how these objects appear in different circumstances.