Here are more observations of the double transit of Europa and Io in front of their respective shadows on 2016 March 7/8, just 11 to 9 hours before opposition.  Most observers had poor seeing but Richard Bosman in the Netherlands got particularly hi-res images.

Io was clearly obscuring most of its shadow, throughout the transit.

Europa was more elusive.  Although the whole disk appears bright near the limb, it always has very low contrast against Jupiter’s clouds in mid-transit. While a few observers with good seeing were able to resolve the whole disk, many recorded just a tiny bright spot adjacent to the shadow. I think this was the south polar region, which is brighter than the equatorial band (see the WinJUPOS simulation); it may also have been brightened by contrast enhancement against the shadow during processing.  In images, as in visual observations, it was unclear whether Europa encroached on its shadow; the predicted encroachment was very small, and the roundness of the moon or its shadow may have been enhanced by image processing.

Note that some images were taken in infrared, or use a red or infrared channel for luminosity.  The moons look much brighter in infrared, so in these images, Europa has a very bright disk all through the transit. 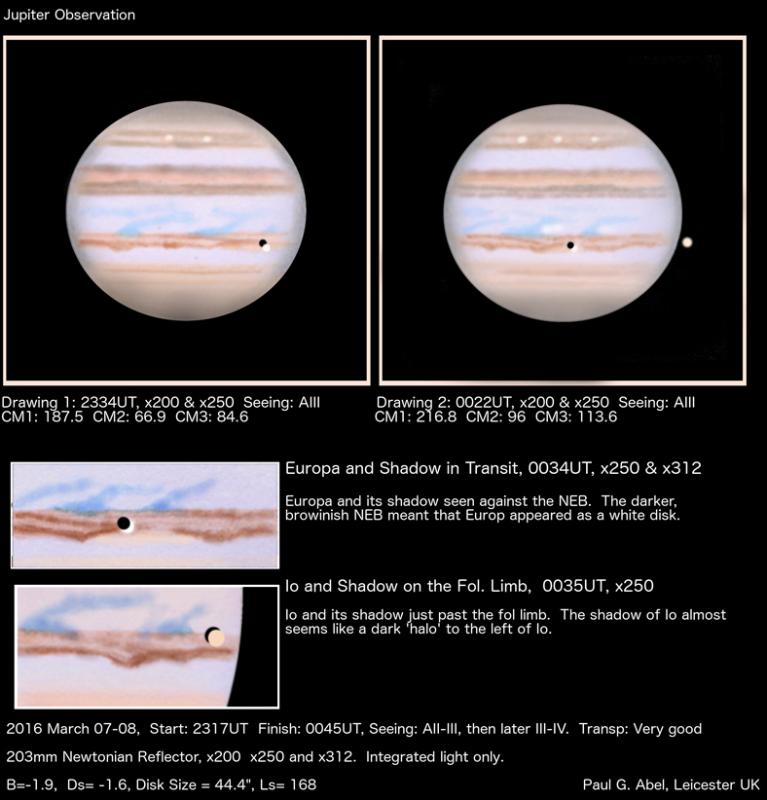 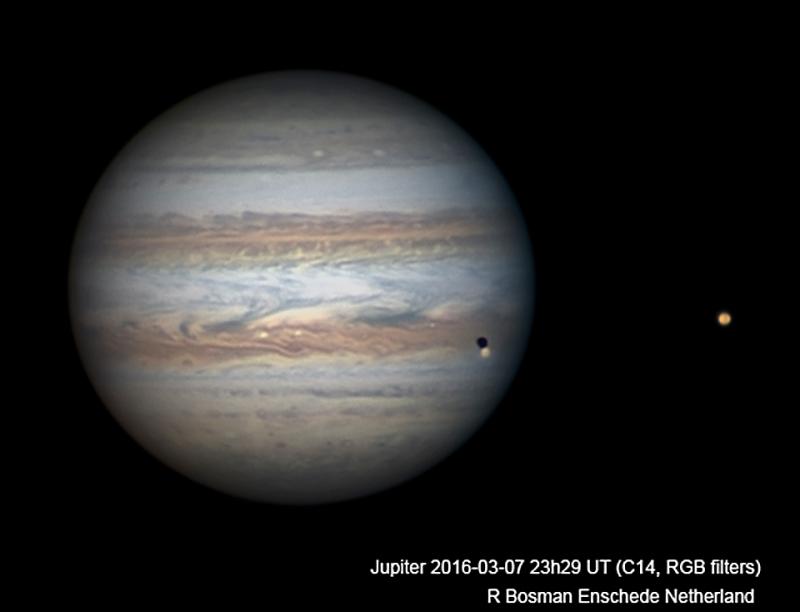 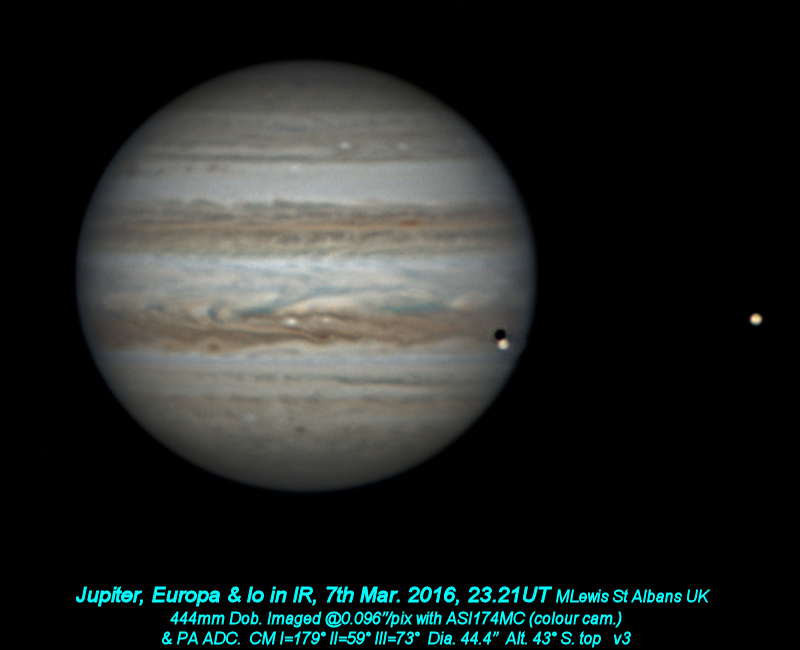 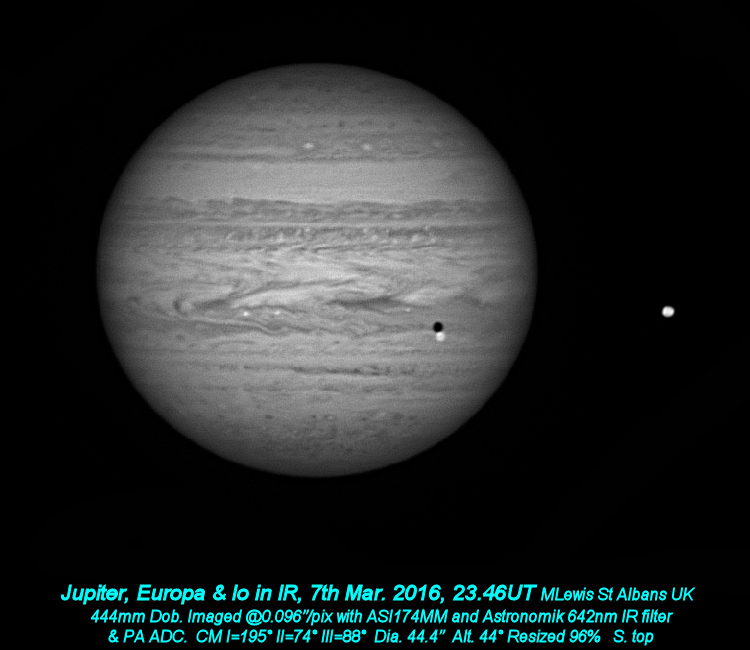 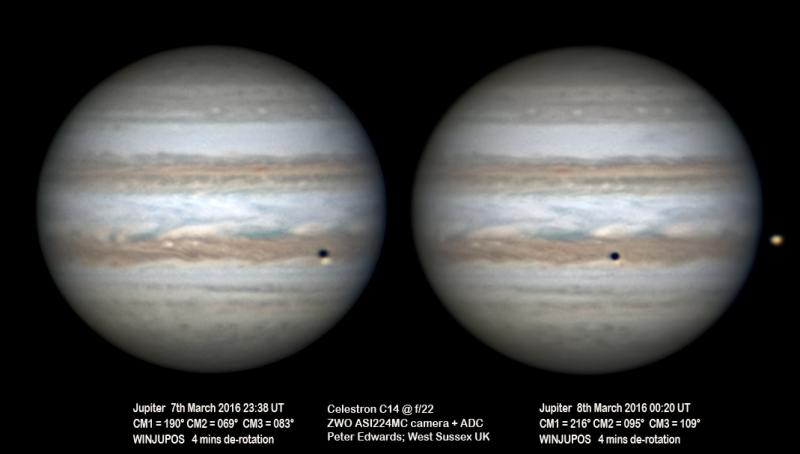 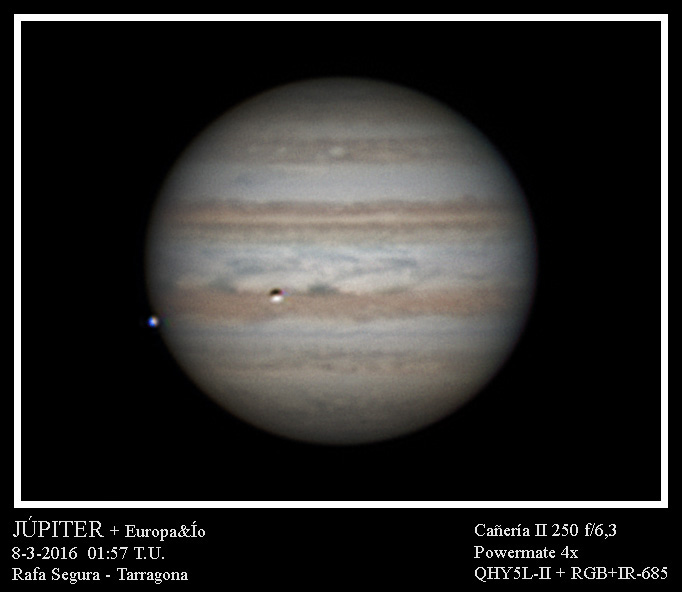 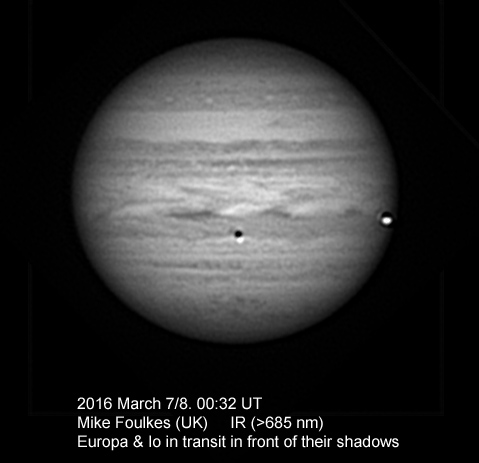 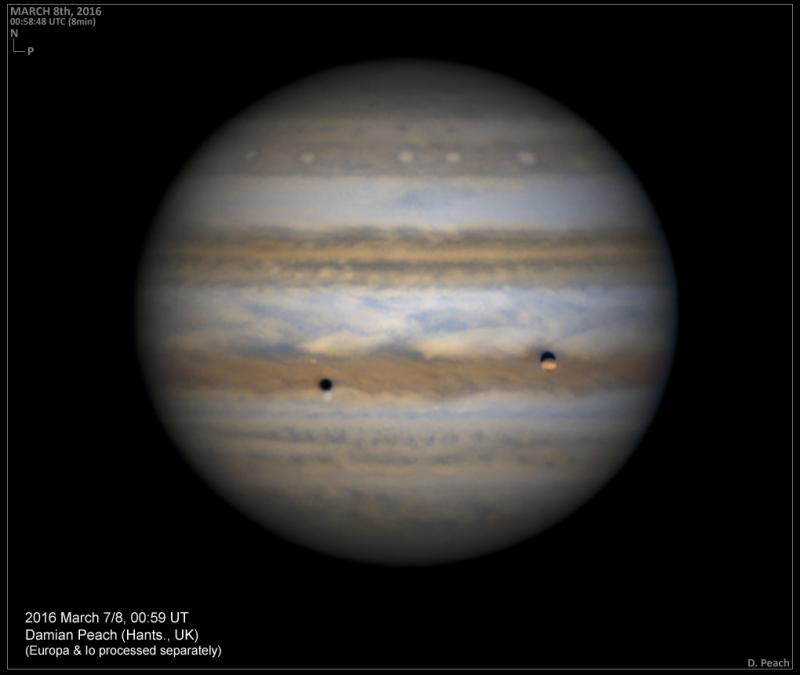 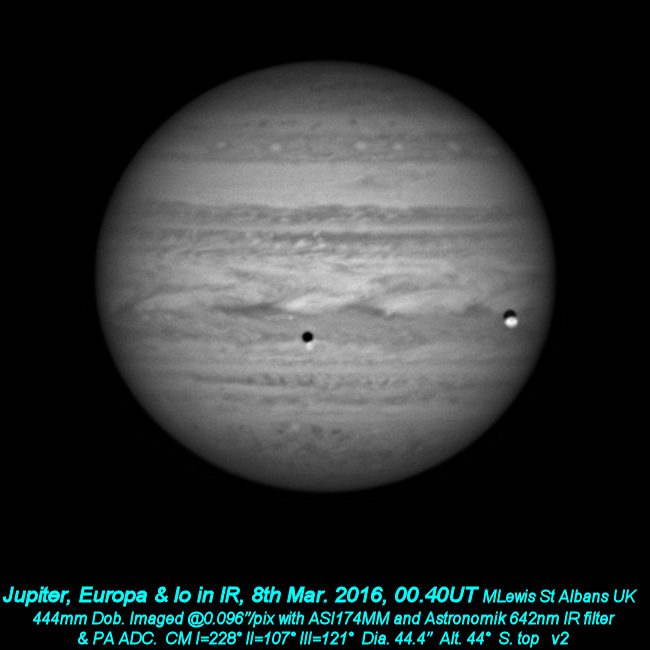 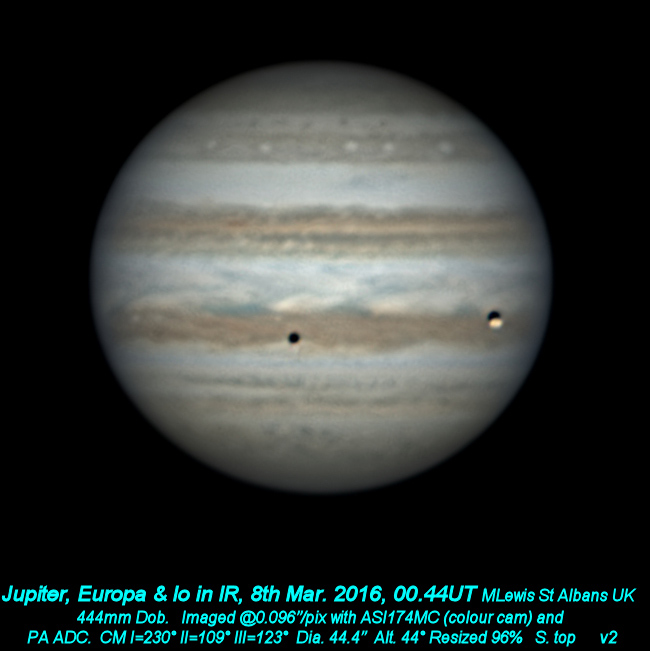 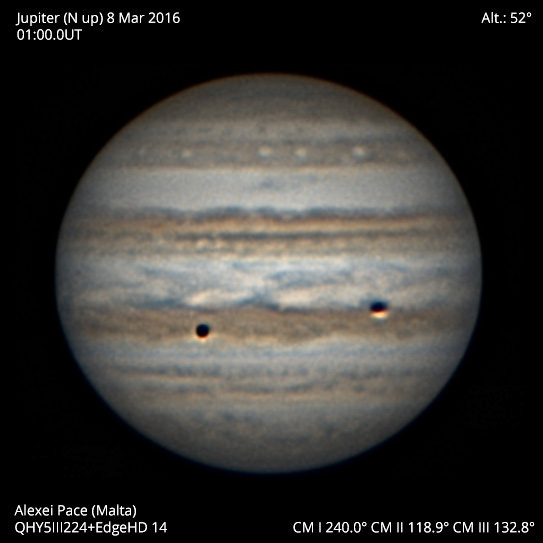 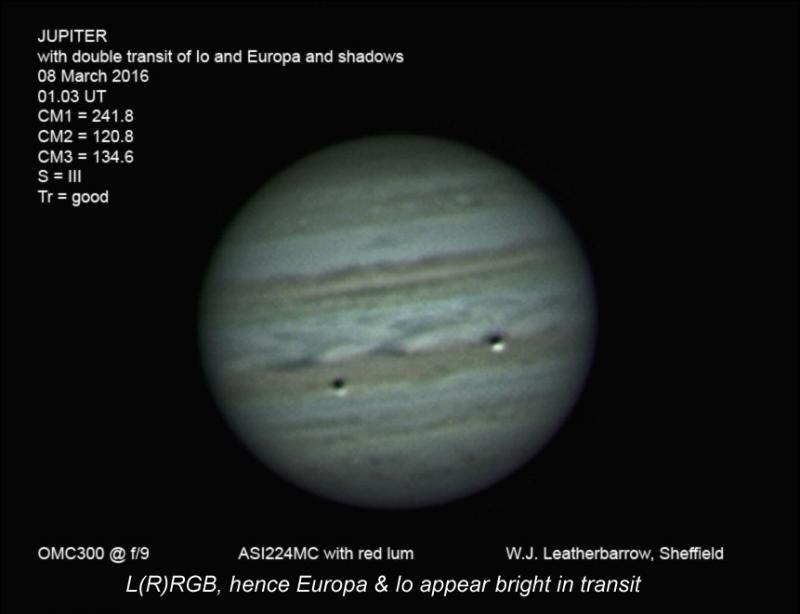 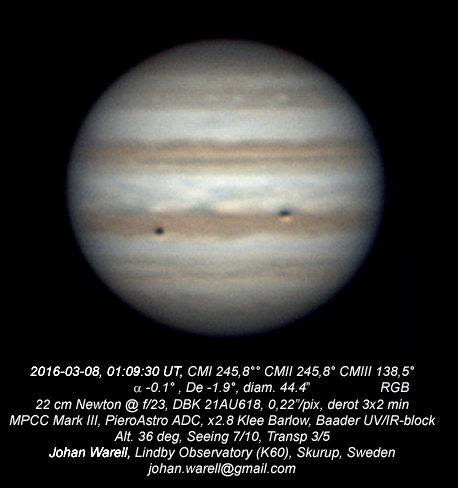 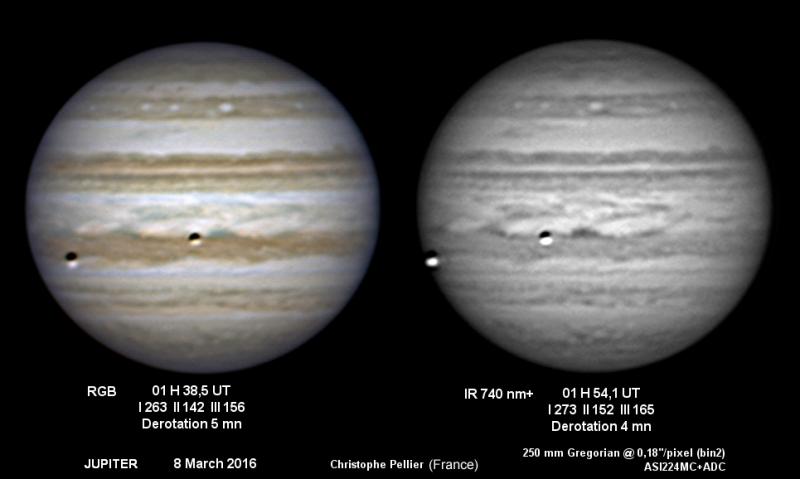 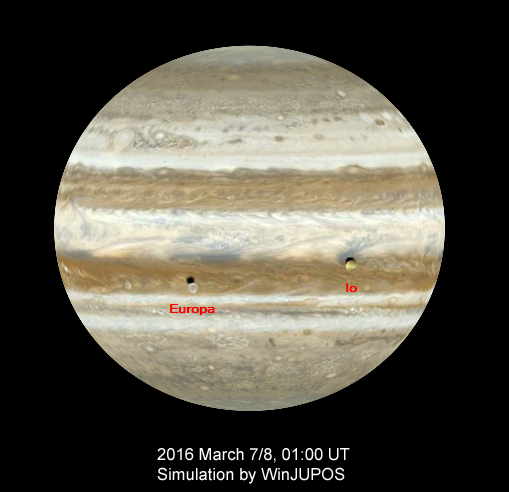