This report covers Jupiter’s features up to the end of April, 2017.  Notable activity has continued in three of the major belts.  The NTB has revived since its great outbreak last autumn, with a vivid orange NTB(S) and a dark grey NTB(N).  In the NEB, the new ‘rifts’ have continued to expand so that over half the circumference is now intensely disturbed, and at many longitudes the north edge has expanded  north again, while many small white ovals have formed within the NEBn.  In the SEB, also, the two rifted sectors have expanded greatly: both the usual sector following the GRS, and the mid-SEB outbreak which began several months ago.

The v-hi-res images now produced by some observers appear to have crossed a threshold in resolution, such that they can resolve high-latitude turbulent regions, and also allow tracking of hitherto-obscure features.  These include anticyclonic ovals which are so small that they collide and merge frequently.  We report instances of this behaviour in the north polar region, the NEB north edge, and the S.S. Temperate region, as well as the recirculation of tiny spots adjacent to the STB Spectre.  These may be processes leading to formation of larger ovals, which have not previously been recorded in such detail.

I am very grateful to all the observers who have contributed images; many are of superb quality.  Many are included in compilations attached to the report. I am also very grateful to the JUPOS team, who have measured vast numbers of features on the images, and particularly Marco Vedovato for making the maps. 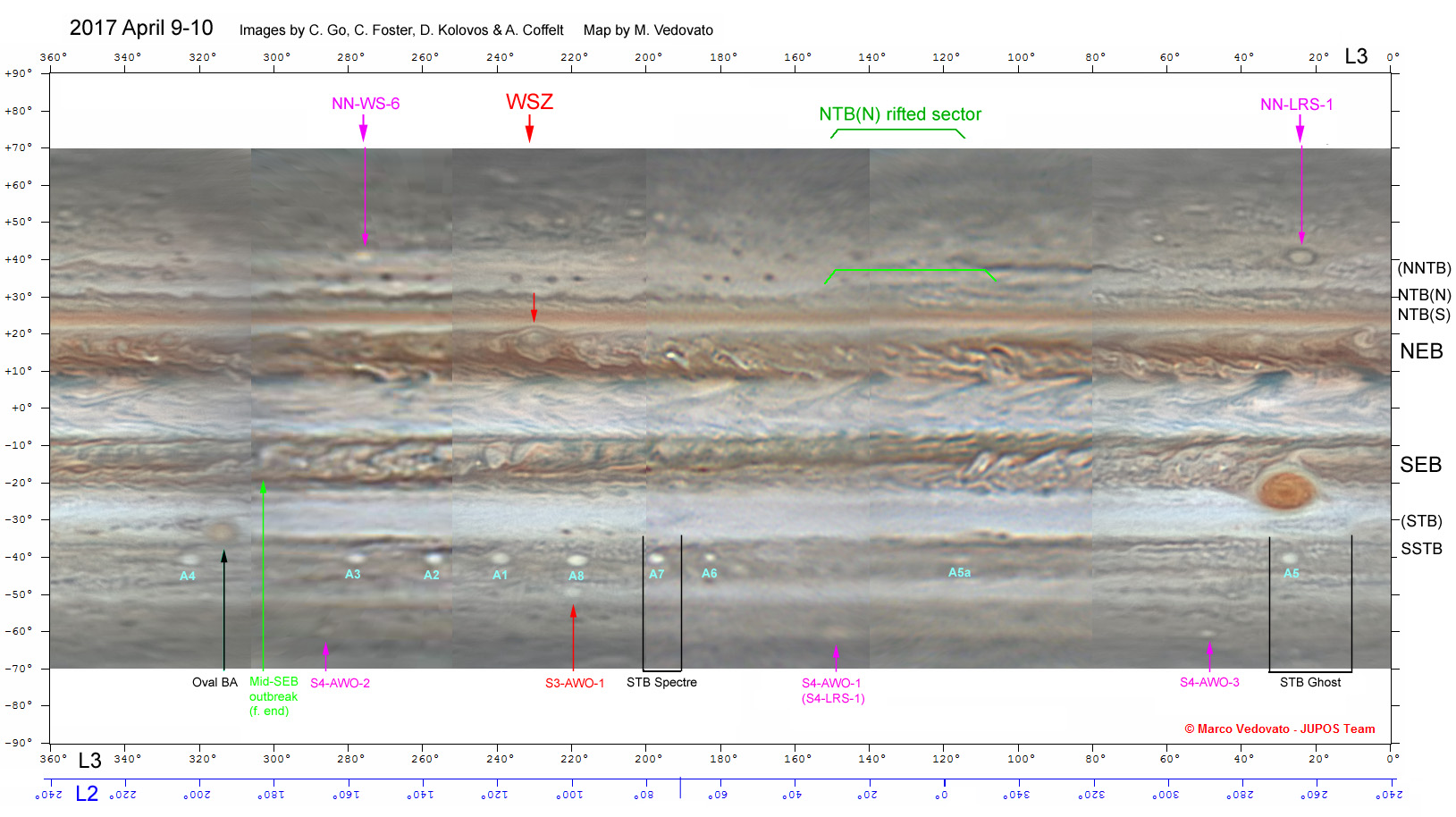