Juno is due to fly about 9000 km above the centre of the Great Red Spot (GRS) on Monday night, about 12 minutes after its closest approach to the planet on July 11 at 01:55 UT.  NASA have posted two press releases, one about the fly-over:

and one showing some superb mid-infrared images of the GRS taken by Dr Glenn Orton and colleagues on May 18 (and earlier):

[Be sure to click on the arrows left and right from the displayed animation to see the other images.]

These images can be compared with superb visible-light images taken by Christopher Go on May 19, one of which is shown below (Figure 1). The high resolution revealed the regular pattern within the GRS, whose internal rotation could be observed over less than an hour, as shown in the animation of maps made by Michel Jacquesson below (Figure 2).

Figure 1 also shows a very recent image of the GRS (by Gary Walker), which is at exactly the predicted longitude to be below Juno’s track.

Meanwhile, the best ground-based image of Jupiter ever taken (Figure 3) was produced on June 11 by Damian Peach with a team of observers using the 1-metre telescope at the Pic du Midi Observatory in the French Pyrenees.  They were holding a EuroPlanet-sponsored workshop to promote use of the telescope by advanced amateurs, and produced an equally outstanding image of Saturn.  The Jupiter image does not show the GRS, but it does show red oval BA and a wealth of intricate detail in many other features. 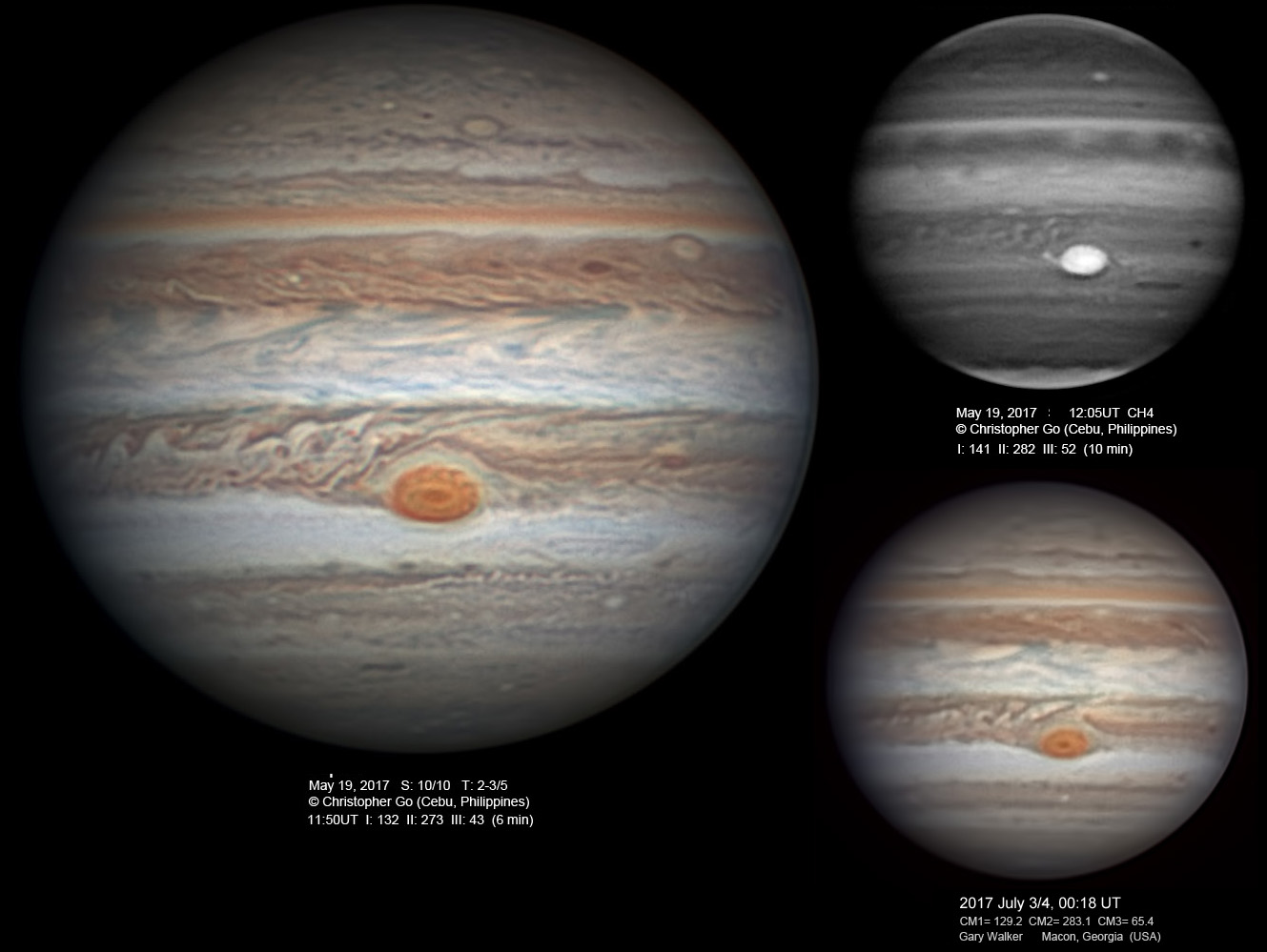 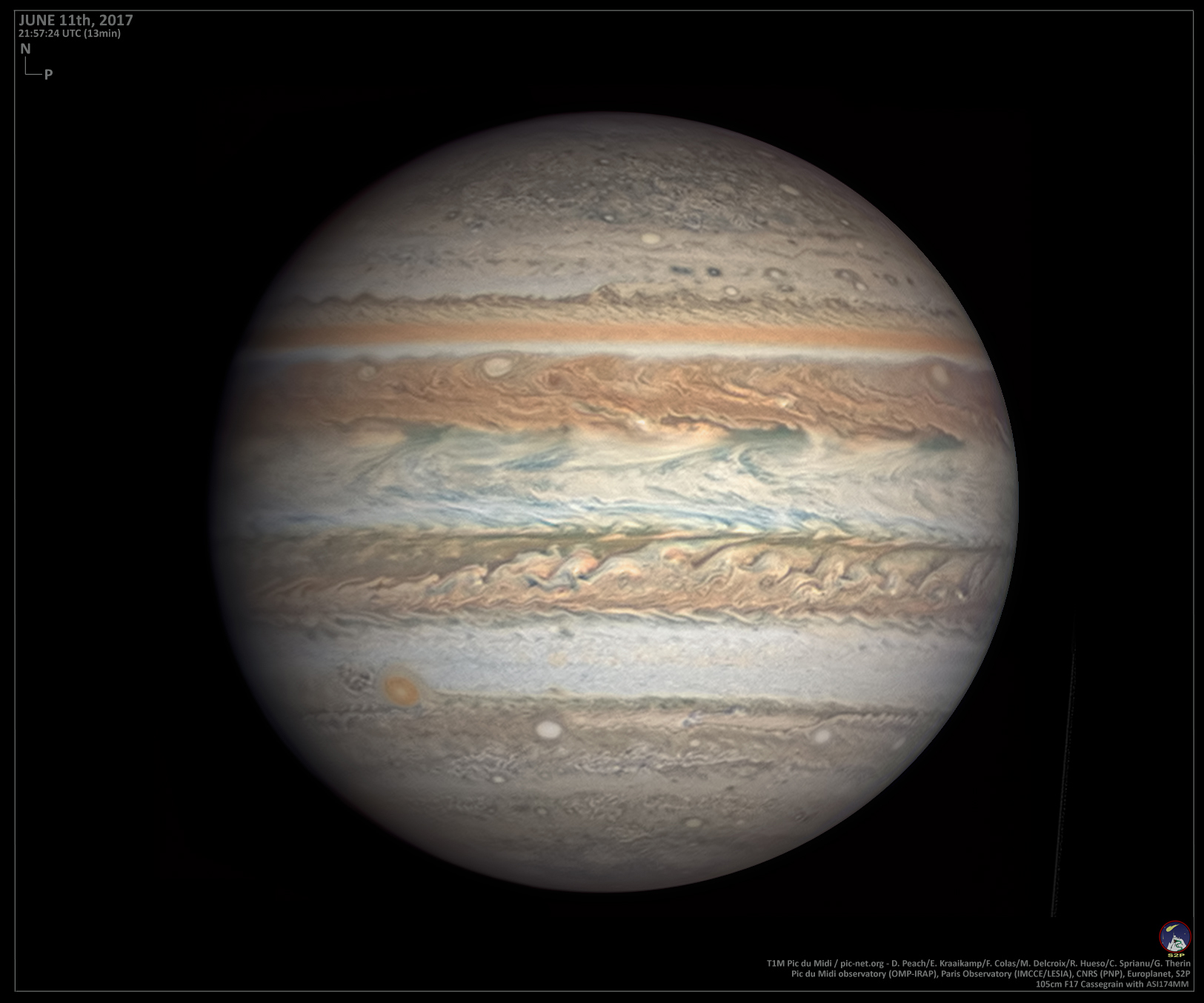