On March 5, Damian Peach noticed that a pair of very small anticyclonic white ovals (AWOs) in the S.S. Temperate (S2) domain were in contact and likely to merge.  He and other observers, notably Clyde Foster, took images of this region over the following days and succeeded in documenting the interaction, despite the small size of the ovals.  A preliminary compilation of the images is attached.

As you can see, one oval swung round the other on March 5-7 and now only one is left.  However, it is rather dull, and some bright material – either remnants of the second oval, or newly generated cyclonic disturbance – formed a streak out to the west on March 8-10.

We cannot be certain that the ovals merged; it is possible that one was just torn apart.  This is an ambiguity that we have encountered repeatedly, particularly with encounters of larger AWOs in the N. Tropical domain.  Atmospheric dynamics suggests that the ovals merged, at least partially, so perhaps it is reasonable to continue referring to such events as ‘mergers’. If so, we can expect the remaining oval to emerge as bright as before and larger (but see below).

Such interactions between very small ovals could not have been regularly tracked until recent improvements in amateur imaging. They are probably common and would be unremarkable, except that this one fits into a developing pattern.  It is probably at least the fourth such merger in this sector in the last 15 months, and I suspect these tiny ovals are generated repeatedly by waves or turbulence emanating westward (in the f. direction) from a big ‘folded filamentary region’ further east (p.) in the SSTB.  It is possible that these mergers are gradually reinforcing the remaining AWO, which has absorbed all the others, and that it will now become a ninth long-lived one.  However, comparing images from 2015 Dec. to 2017 Feb., it does not seem to have grown any bigger so far.

with the full-size figures in a ZIP file:

Miniature figures are shown below. 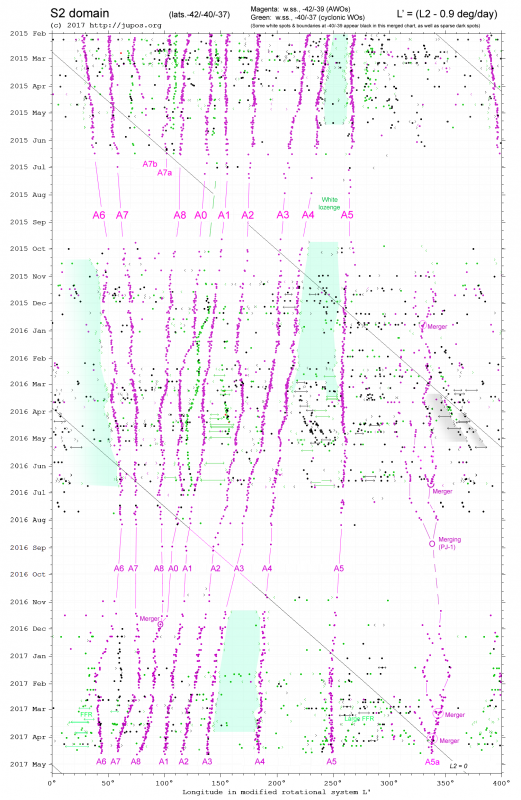 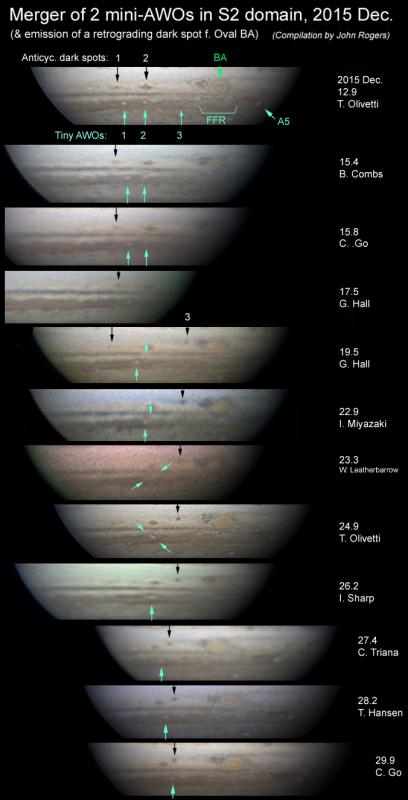 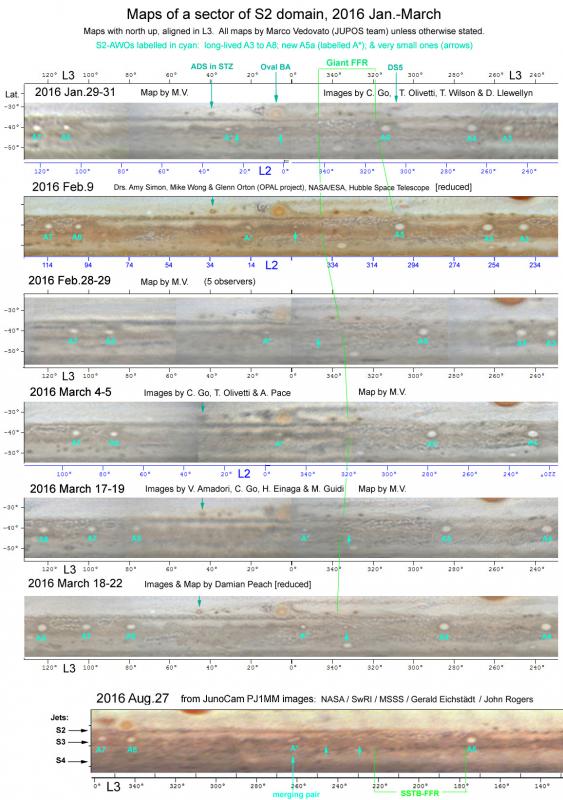