There is currently much interest in the behaviour of features in the high northern latitudes, as these are shown in spectacular detail in the JunoCam images; close pairs of white ovals in the N4 and N5 domains were noticed in the Juno PJ-5 images and in images by Chris Go and others.  Are they merging?  Here I report on 3 such pairs, from the best amateur images and the JUPOS charts.  In summary:

1)  A trio of ovals in the N4 domain (51-55ºN), named a,b,c:  a overtook b then possibly merged with c, reversing its drift on March 17; but then b converged on a in turn, and they were nearly in contact on April 21, so they may now be merging, or changing places again. [Addendum:  Further v-hi-res images (shown in a new figure, below) showed that ovals a and b merged on April 30—May 1, and there was just a single oval thereafter.]

Given the chaotic nature of these domain, such events may well be common, but this is an exceptional opportunity to study them in detail. 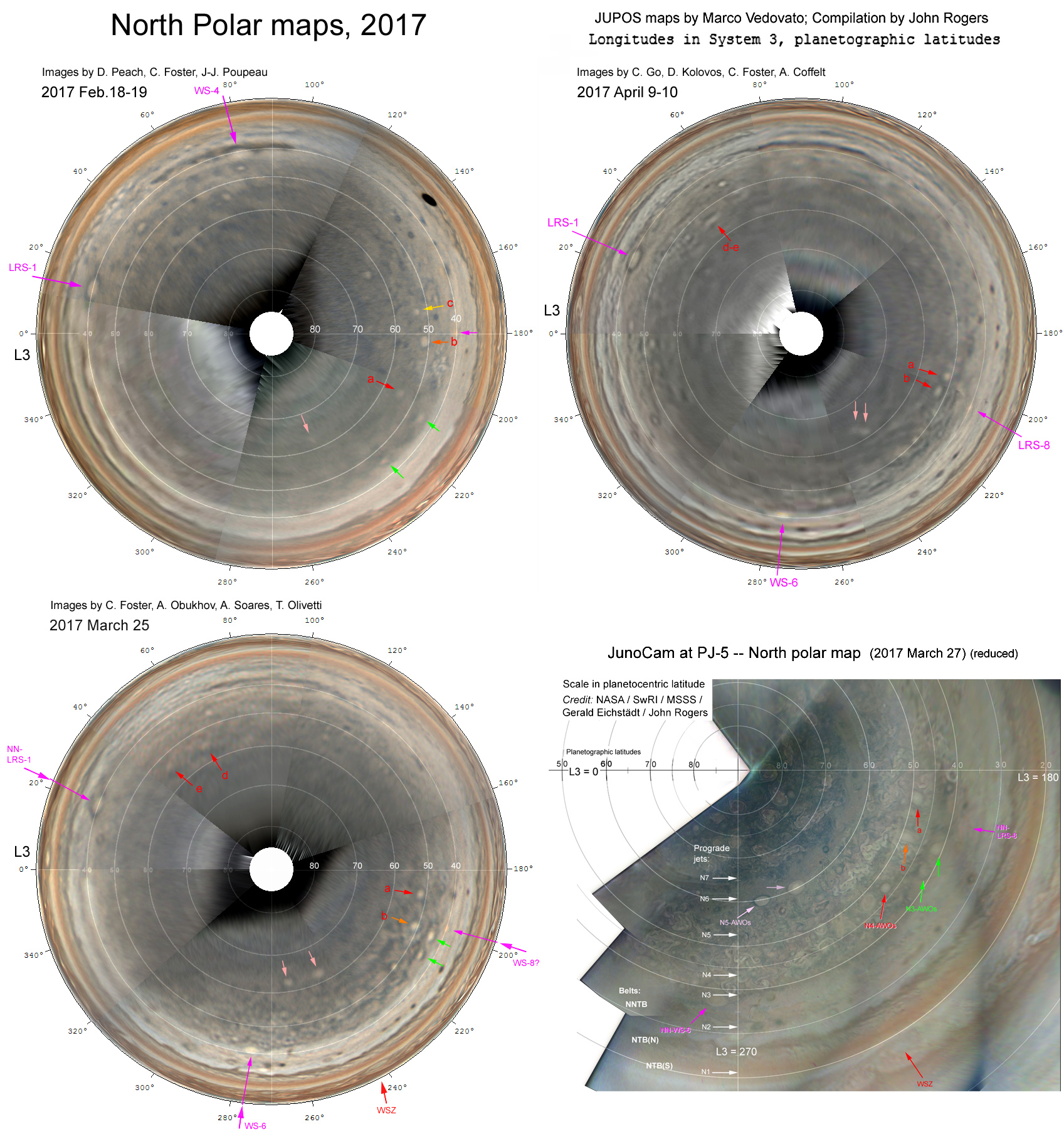 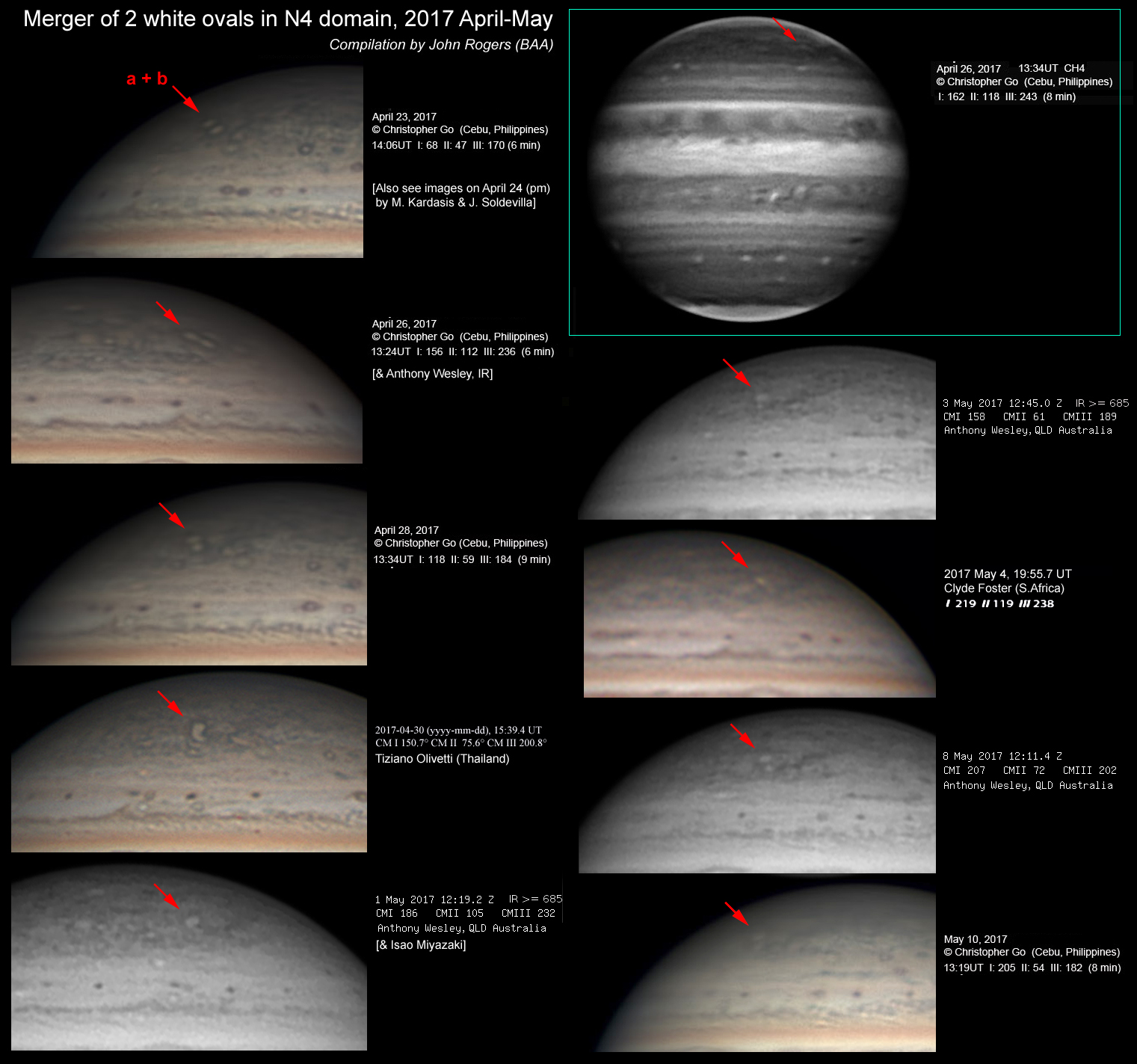