This is our first substantial report of the 2019 apparition, including JUPOS charts, extending to mid-March.  It documents the present state of the planet, including all the known long-lived ovals; they all still exist, even though NN-LRS-1 and oval BA have lost almost all their red colour.  Oval BA and the Great Red Spot have changed their drift rates as predicted since last summer.  In the SEB, the post-GRS rifting has become more active again, even though there is a conspicuous white zone in the northern SEB.  There is a long-lived brown barge whose history (since it appeared in 2013) is described in an Appendix.  In the S. Temperate domain, the STB Spectre has become very elongated, and we track a small faint streak preceding oval BA which could be the start of the next structured segment.  In the EZ, we illustrate a notably complex system in the EZ(N) and a short brown sector of EZ(S).

In addition to the four figures in this report, a ZIP file contains many supplementary figures:  Five image sets, five cylindrical maps, and five  JUPOS charts.

The full report, with the Appendix and mini-Figures, is in this PDF:   Report_2019_no3_JHR.pdf

The figures and supplementary figures are in this ZIP file:   Report_2019_no3_Figures.zip

Figures 1 and 2 are shown below at reduced size: 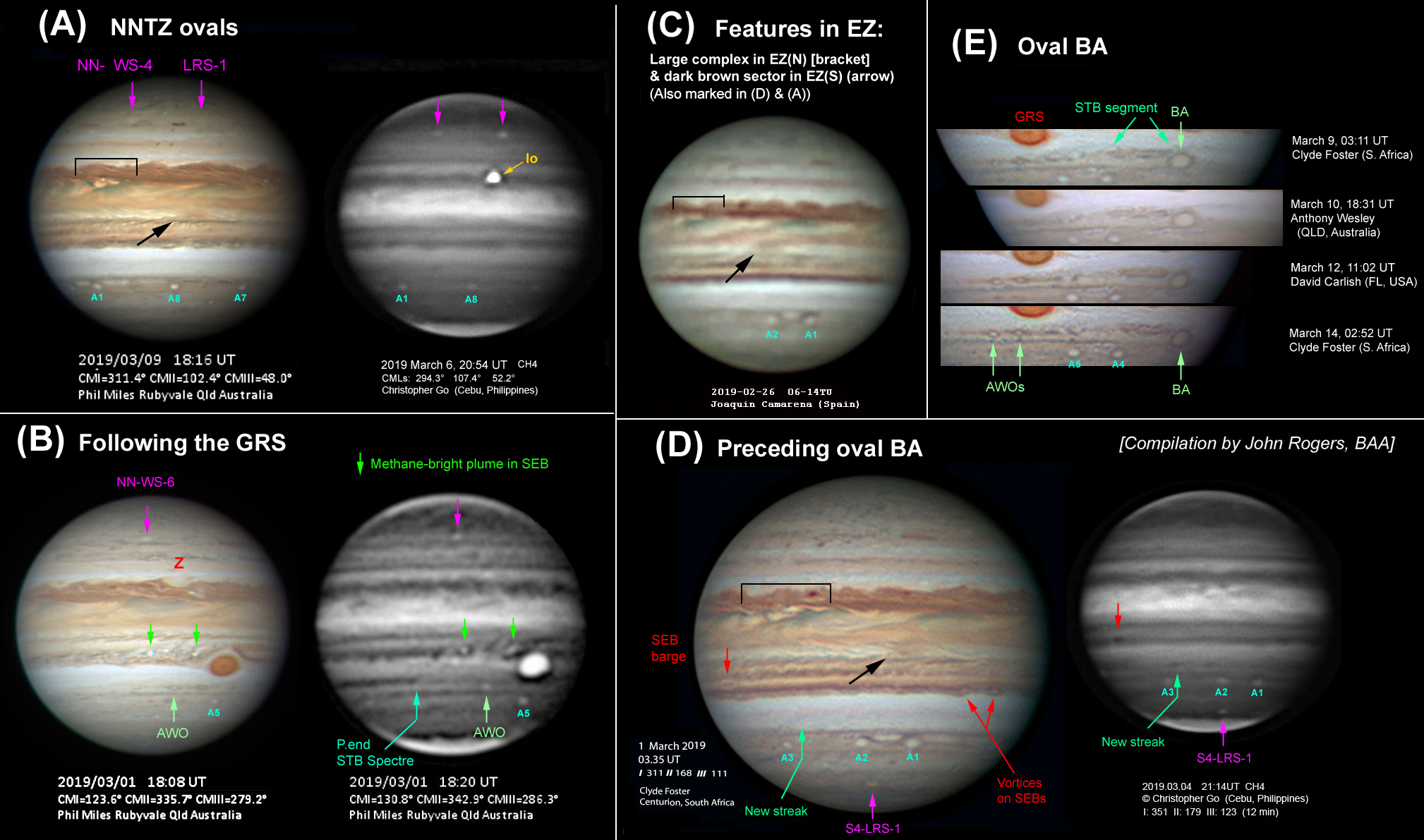