Jupiter in 2019, Report no.7: Continuing disruption of the GRS

In connection with Juno’s fly-over of the Great Red Spot (GRS) at Perijove-21 on 2019 July 21, here we present an update on the activity around the GRS, and compilations of ground-based images:

Figure 3:  Alignment of some of these images showing the GRS region.

The GRS is of special interest now because of the ‘flakes’ or ‘blades’ of red, methane-bright material that have been detaching from it, usually induced by retrograding rings that enter the Red Spot Hollow (RSH) from the SEBs jet.  Images by Clyde Foster and others, and maps by Shinji Mizumoto, have continued to give detailed coverage of these disturbances, and this report is based on their information.

In Report no.6, we updated the chronicle and gave a tabulation of these events up to June.  The last SEBs ring had entered the RSH on June 2, but it did not induce a significant flake; instead, it appeared to have been at least partly diverted northwards, through the white rift or ‘chimney’ that appeared at the northern point of the RSH on June 3, as explained in Report no.6.  Then there were no more SEBs rings for three weeks.

The next SEBs ring entered the RSH on June 25, and duly induced a flake at the f. end of the GRS on June 30/July 1.

There have also been several flakes that appeared at the p. or f. ends of the GRS without any incoming SEBs ring to induce them. It is likely that these are due to disturbance that completely circumnavigates the GRS.  Thus a new flake appeared unexpectedly at the p. end of the GRS on June 15-17, and was then followed travelling round the N side, becoming a flake on the Nf. side on June 20-21.  Then, the flake induced at the f. end of the GRS on July 1 was followed by one at the p. end on July 4-5, and at the f. end on July 8, and at the p. end again on July 12-14 – all consistent with a single distortion travelling around the GRS with a period of 9-10 days.

Two more SEBs rings were then approaching the GRS, but over July 14-17, as Clyde and Shinji have described, each in turn drifted south and reversed its drift, recirculating directly to the STropB before entering the RSH.  (The leading one halted in the S.Tropical Zone, 5-10 deg p. the edge of the RSH, and reversed its drift and passed the second ring on July 14-15.  On July 16-17, the second ring also moved south instead of entering the RSH.)  However, it looks as though the second, larger ring actually split on July 17, producing a minor white spot that proceeded into the RSH on July 18 and reached the northernmost point late on July 20.  Meanwhile, another reddish flake (source unknown) emerged on the p. end of the GRS on July 19, detaching into the STropB on July 20, although it was weak or absent in methane images. Note that these phenomena on July 20 (the day before PJ21) were comparatively small, and the GRS around this time appeared much more normal than it did 2 months ago, with a regular oval outline, although still only 12 deg long.

The SEBs now appears quiet p. the GRS, with no more retrograding rings for a long distance, so the GRS has the opportunity to settle down.  So do observers, who have put so much effort into monitoring these phenomena!

The full-size Figures are below.  Here is a small PDF of this whole report:   Report-no7_GRS&PJ21.pdf 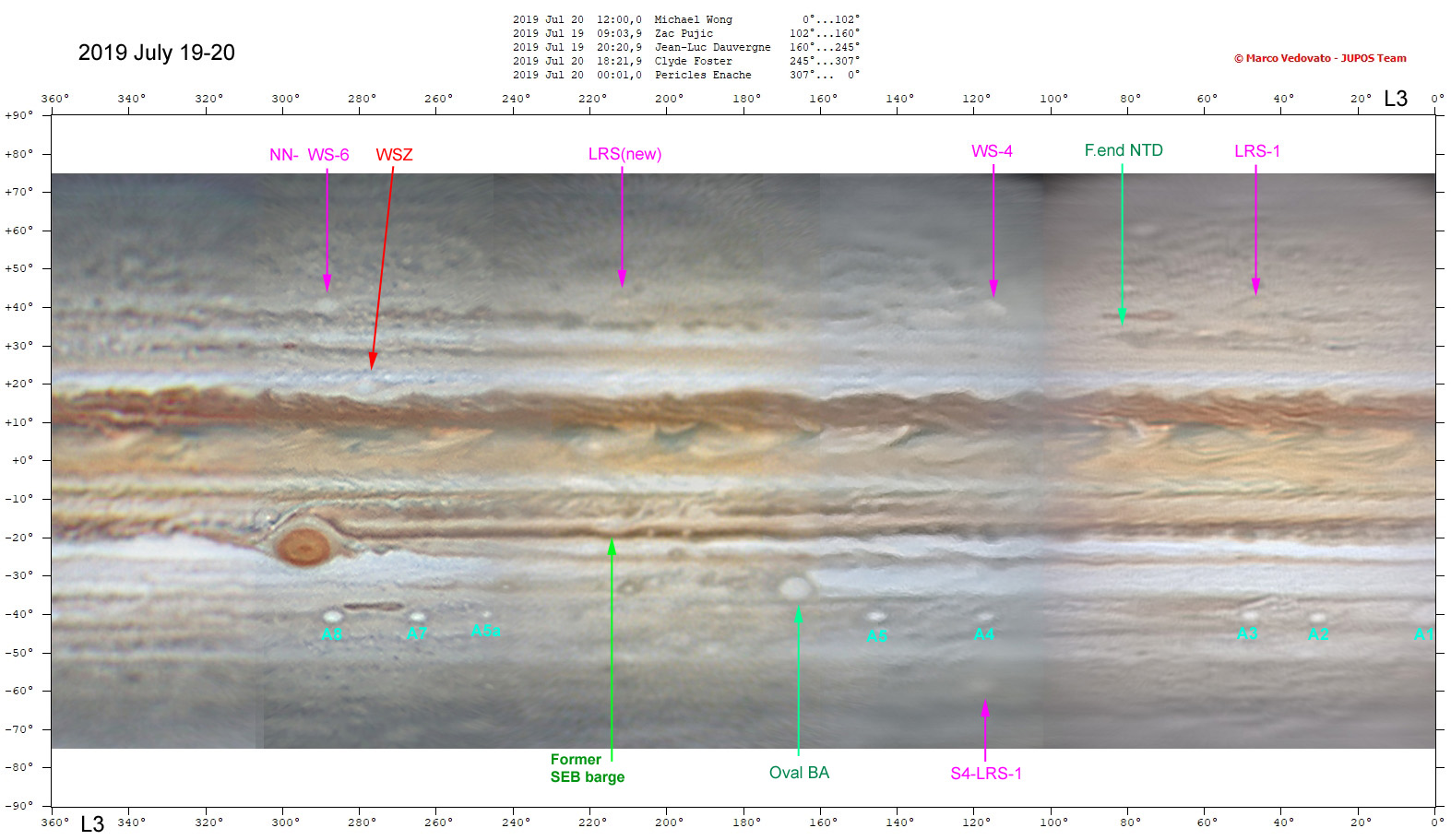 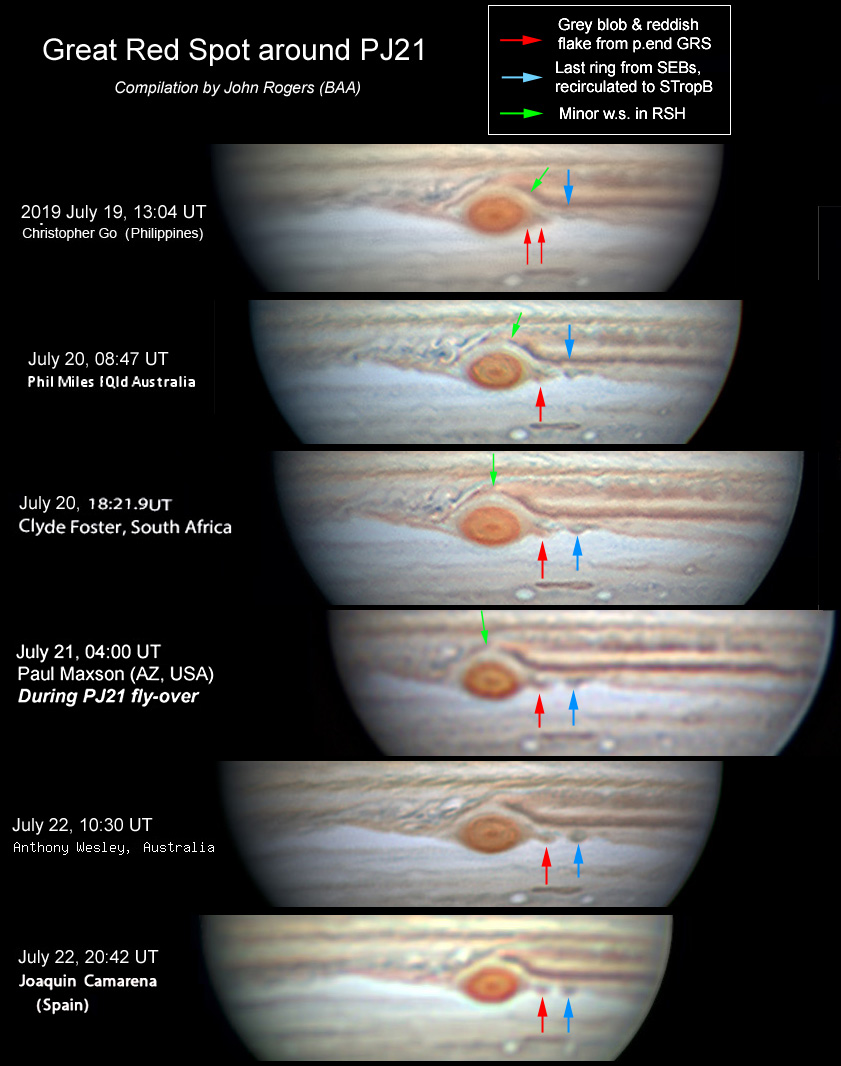