Here are some of the more notable images that observers have taken of Jupiter’s satellite phenomena in 2019.

The first two panels show images taken within a few days before and after opposition.  At this time, the satellites can transit directly in front of their shadows, as you can see in some images.  In the series of transits of Europa, you can see how the apparent positions of the moon and the shadow grow closer towards opposition then further apart again after opposition.  The phenomena of Ganymede (either occultations & eclipses, or transits) were happening at the same time as transits of Io.  Because Io’s period is half that of Europa, which is half that of Ganymede, which is close to one week, these events repeat at weekly intervals — a graphic illustration of the near-exact resonance between these three orbits.  In addition, several of them repeated with similar longitudes of Jupiter presented.

The third panel shows images taken by Clyde Foster on Oct.31, showing a rare triple transit.  Because of the resonance, the inner three Galilean satellites can never transit together, but it is possible for two of them to transit with Callisto, as happened on Oct.31.  It only just qualified because this was a grazing transit by Callisto — in fact, the first transit since Jupiter’s solstice in 2018 (according to WinJUPOS simulation).

Here are full-size versions of the pictures:

and here are small copies: 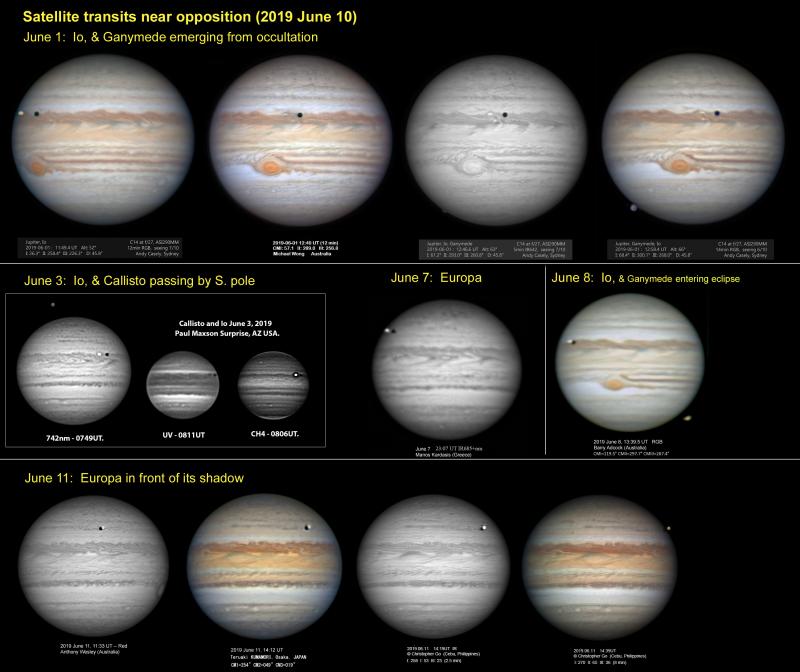 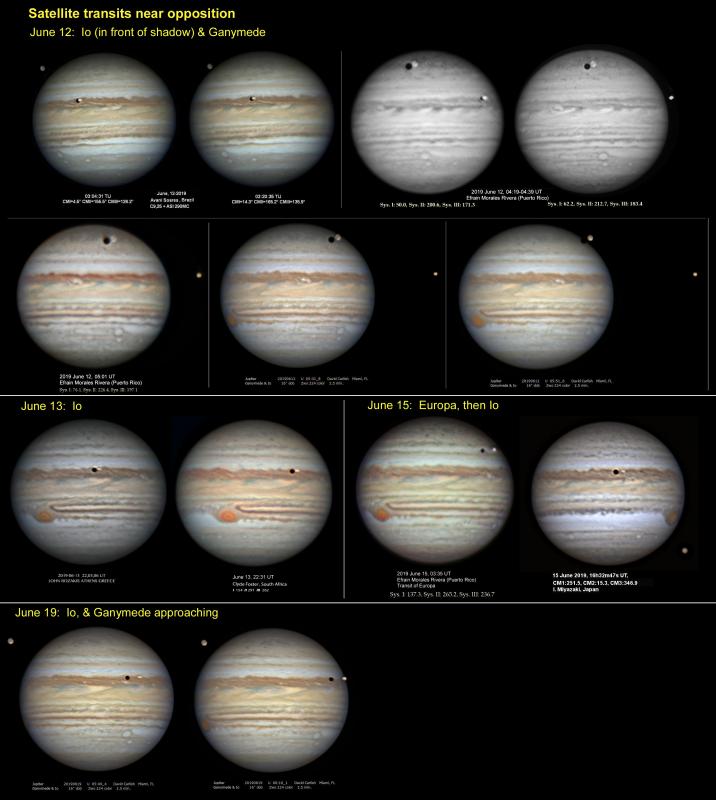