This outbreak is increasingly spectacular.  There are now three brilliant super-fast plumes, each one developing a turbulent wake which disrupts the entire width of the NTropZ and NTB(S).  The detailed appearance of the large dark bluish patches in the wake of plume 1 strongly suggests that they are indeed anticyclonic vortices, as Agustin Sanchez-Lavega  proposed.

A complete set of maps and a drift chart are regularly updated by Shinji Mizumoto on the ALPO-Japan web site (http://alpo-j.sakura.ne.jp/Latest/j_Cylindrical_Maps/j_Cylindrical_Maps.htm).  His latest chart is attached as Figure 3.

Detailed notes on some aspects of the outbreak are given in the PDF version of this report, link below.

Figure 4 is a collection of images of the outbreak from August 26-31, in RGB & IR & CH4 wherever possible.  Just one or two of the best images on each rotation are shown; only one rotation was not covered.  Many thanks to all the observers who have produced such excellent coverage.

How long will the plumes last?  In previous outbreaks, a plume typically persisted until it caught up with the turbulent wake of the next plume, then it collapsed and disappeared within ~2 days.  From present speeds, and a range of assumptions about future speeds, I estimate encounters as follows:

So each plume is likely to disappear within a few days of these dates – unless yet another plume appears to complicate matters. 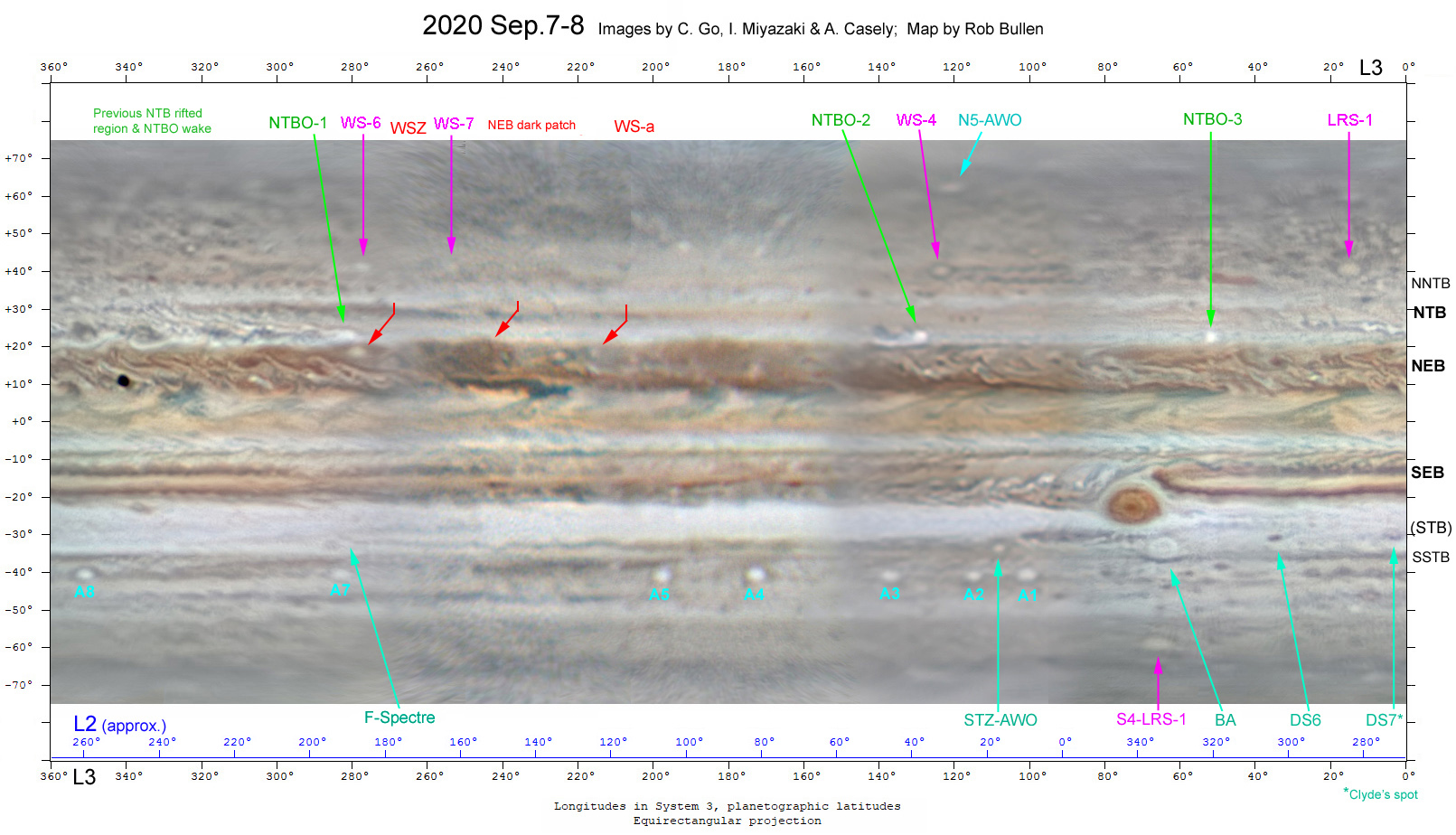