Juno at Perijove-6: The major belts from Perijove-1 to -6.

In the four main belts, Juno’s perijove-6 (PJ6) images did not target known major features, but it is now interesting to compare these close-ups with those from the previous perijoves.  They show the NTB, gradually maturing since its revival late last year; the NEB, with a variety of dynamic convective features; the SEB, with striking convective sectors and an intervening calm sector; and the STB, all whitened, but with fascinating cloud textures.  This report also compares images of the NEBs/EZn, which have looked closely at festoons and cloud patches; and images of various regions before PJ6 which gave early hints of the widespread tiny shadow-casting white clouds that have been revealed widely in the PJ6 images.

The report, with mini-figures, is here in PDF format:

and the full-size figures are here in a ZIP file: 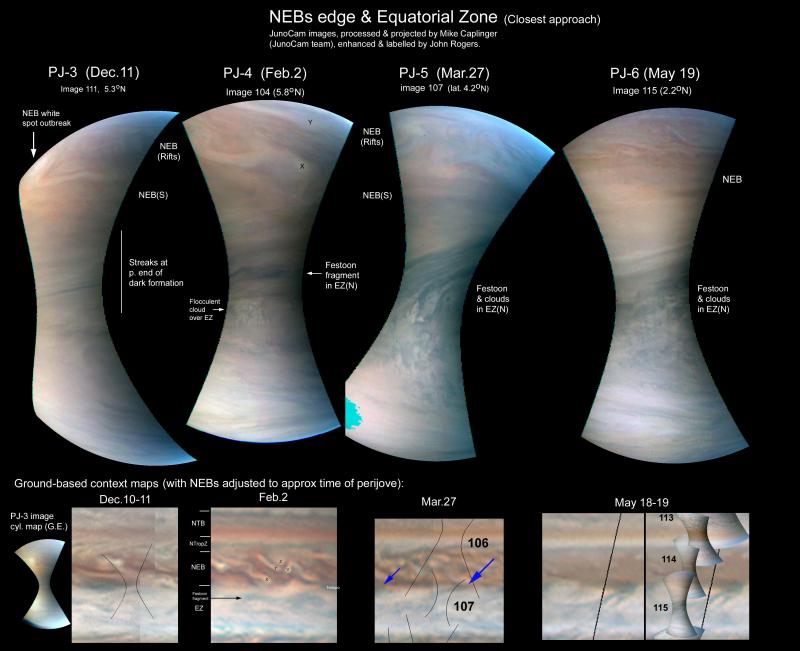