JunoCam at perijove-1: Images of the poles

A week ago, NASA released an impressive sample of images from Juno’s first operational perijove on August 27.  They included the best-ever views of the north and south poles, taken by JunoCam.  Here I have assembled those images to show how some features line up between them and to identify the features that we have tracked in amateur images.

In the south polar region, we can see several of the anticyclonic white ovals (AWOs) that we have tracked, in the S2, S3 and S4 domains.  Surprisingly there are two AWOs close to the expected position of long-lived S4-AWO-1, and I can’t tell which is it as we were not able to track it so close to solar conjunction.  We cannot track many features at >53ºS from ground-based images, but the Juno images reveal that the higher latitudes are largely packed with cyclonic turbulent regions (‘folded filamentary regions’, FFRs).  Previous spacecraft images suggested that these occupied only part of the south polar region, but here it is almost filled with them.  There is a particularly dense band of them around 72ºS and just further north; this seems to be the location of a distinct retrograde (westward) jet because the images also show 4 AWOs just south of this latitude.

In the north polar region, the images do not show any specific features that we have tracked, as they do not happen to be in this longitude range. We can see that the north polar region is almost filled with FFRs, as we  knew from previous spacecraft, but now we see them in more detail and closer to the pole. (Three examples are marked on the images.)  There is one bland zone, and the Juno images show a novel type of feature within it: long, very narrow cloud lanes, not fixed in latitude.

The main revelation from the images is at the north and south poles: around each pole there is a tightly-packed cluster of circular storms which, from their spiral patterns, appear to be cyclones. On the illuminated side of the south pole, at least four are visible; at the north pole, at least three, and they are reddish (though we cannot see the exact north pole as it is currently in shadow). No such well-defined circular cyclones occur anywhere else on Jupiter.  On Saturn, Cassini has revealed that there is a single mega-cyclone precisely at each of the poles. On Jupiter, Juno now suggests that there are multiple cyclones clustered around the poles. Hopefully, future images from JunoCam or from JIRAM will tell us more about them. 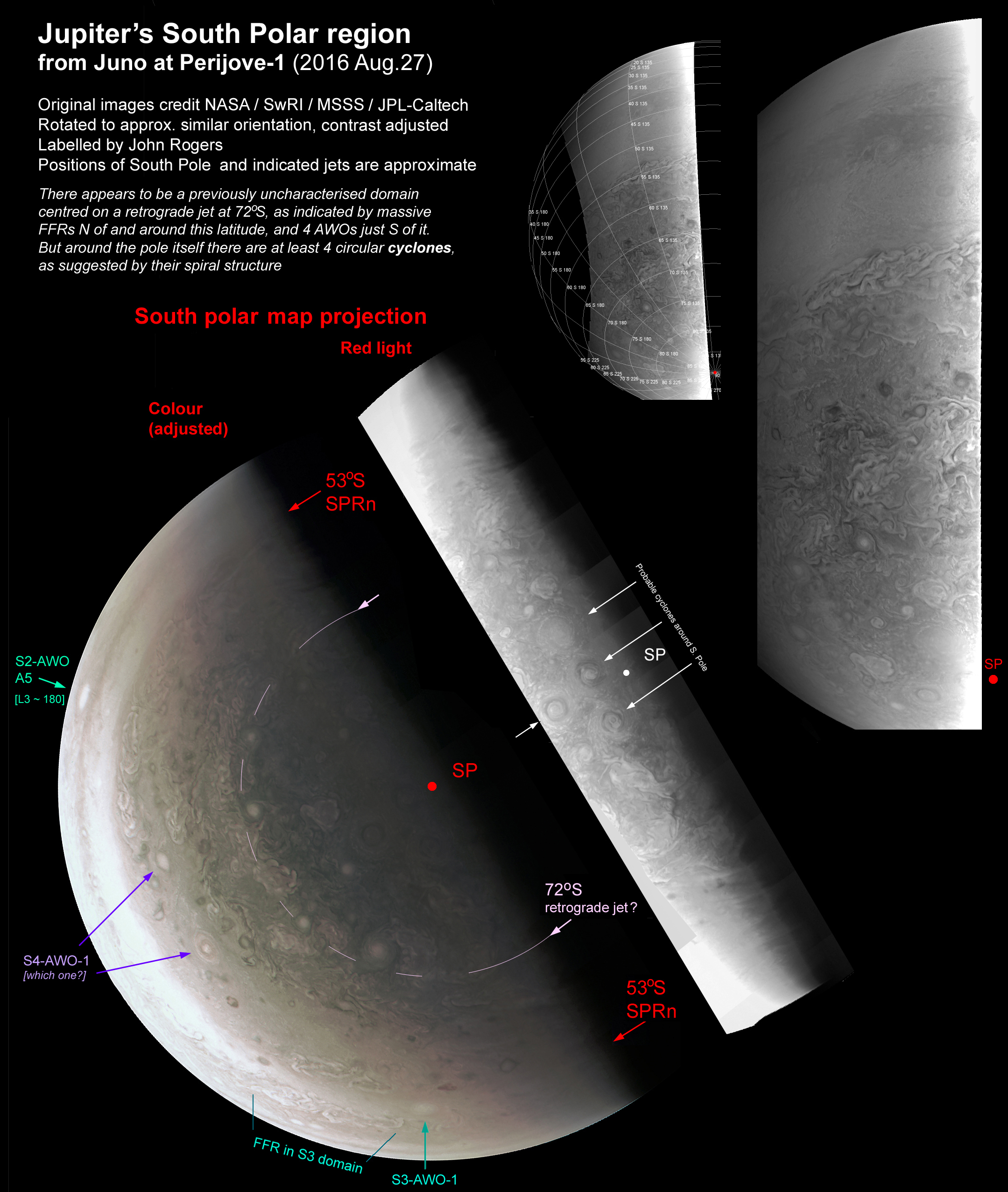 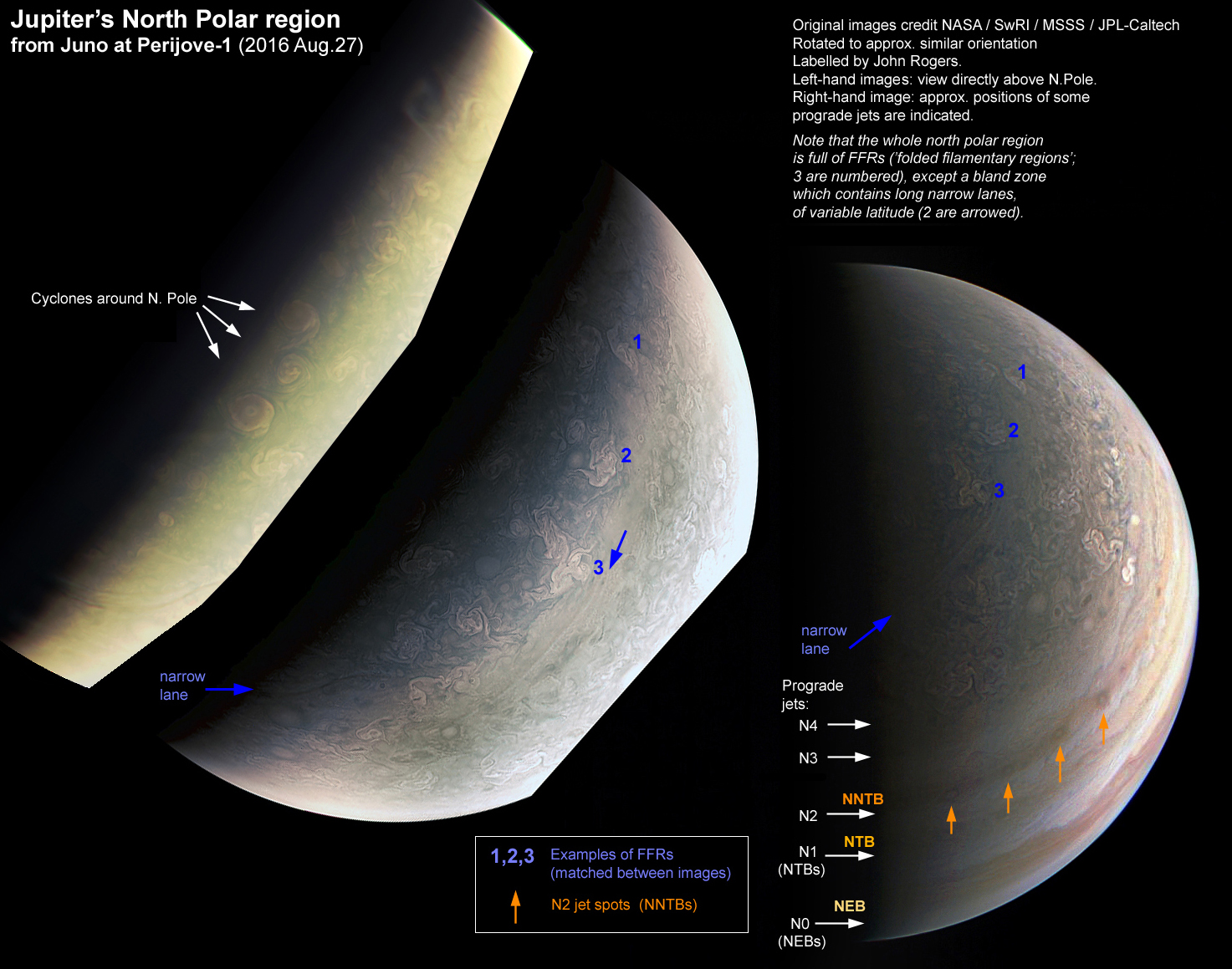