–A view of Io with a visible volcanic plume;

–The shadow of Amalthea on the EZ, plus a mysterious tiny dark spot on NEBn;

–A map covering much of the planet at the start of the new apparition;

–Fine details of the NTB rifted region with hazes and clouds at different levels;

–The ochre-coloured EZ, with some mesoscale waves;

The report, with miniature figures is posted here as a PDF:    PJ17-report_Part1&Figs.pdf

The full-size figures are here in a ZIP file:    PJ17-report-JHR_Figures.zip

–and the animation of oval BA is below, followed by illustrations from the main report:

Below are (i) an animation of the south polar region; (ii)  the planet-wide map (Figure 2). 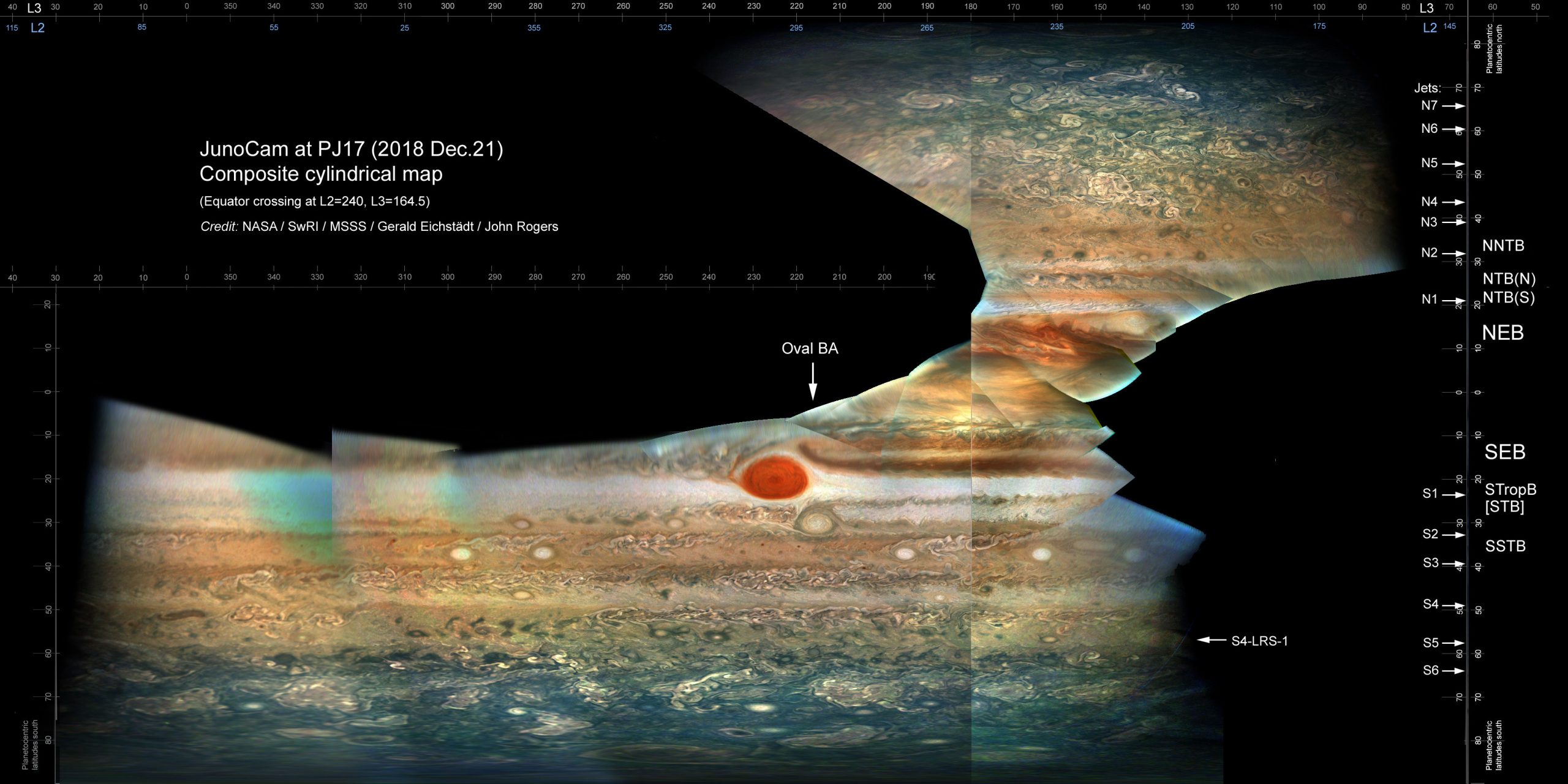