Perijove-18 was on 2019 Feb.12.  This report is a guide to the images (apart from those of the polar regions which will be covered later).  Juno’s track passed just 3 degrees west of the edge of GRS.  So the images cover the whole of the GRS and the ‘rifted’ sector of SEB west of it, where convective activity was increasing at the time.  There were also views of notably disturbed sectors in the northern EZ and in the STZ.

The report, with miniature figures, is here as a PDF:    PJ18_Report-part1.pdf

The full-size figures are in this ZIP file:   PJ18-report_Figures.zip 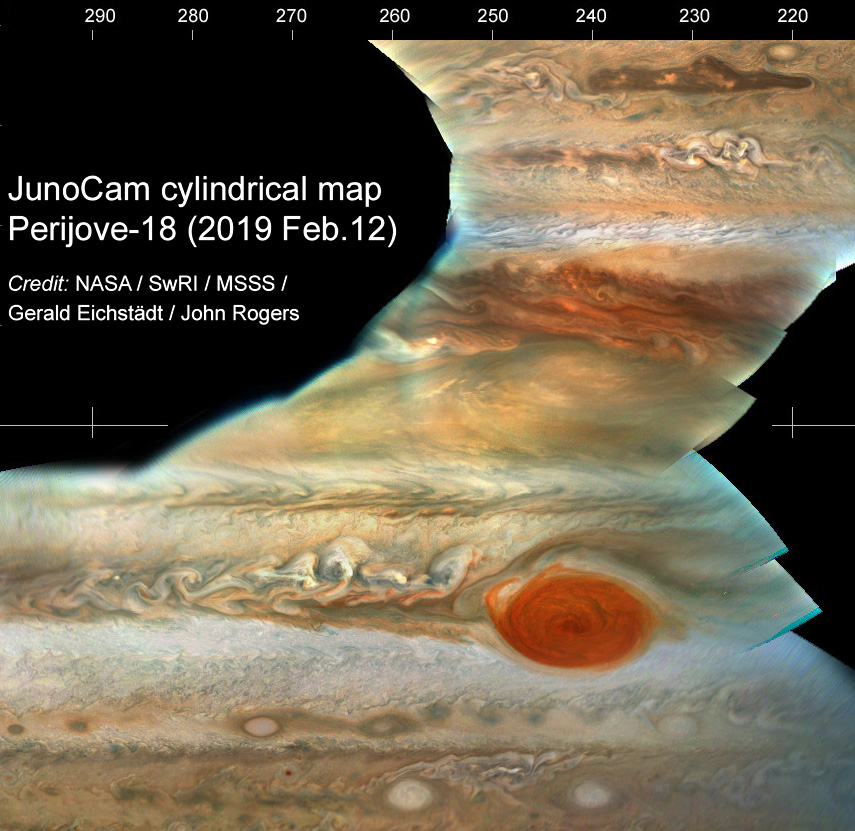