Here is a report on the JunoCam images at PJ20.

Juno did not pass near famous features, but got excellent views of all latitudes.  Highlights include:

–More examples of chaotic cyclonic regions (FFRs) that may be generating new spots from their western ends, including cyclones and anticyclones and amorphous dark grey patches, in several northern domains and in the S3 domain.

–First view of the darkened region of N. Temperate Zone (N. Temperate Disturbance) which appears to be partly made up of such dark grey material.

–Specatacular panoramas of the ochre-shaded Equatorial Zone, with a major NEBs dark formation (‘hot spot’) and its large dark bluish festoon; on the small scale, a fascinating variety of clouds and streaks and waves, including previously unobserved phenomena.

–A fine view of the ‘String of Pearls’ in the S2 domain , and of the white cyclonic oblong between two of them, which closely resembles the former STB Ghost.

Part I covers the non-polar latitudes (and includes amateur images close to PJ20, and a global map made from them).

Part II covers the polar regions, especially the polygons of circumpolar cyclones (CPCs), and the haze patterns. (Other abbreviations include:  AWO, anticyclonic white oval; FFR, folded filamentary region.)   Similar reports have now been posted for other perijoves from PJ16 onwards.  These are a series of updates, tracking the long-term changes (or stability) of these remarkable features.  The south polar pentagon and the north polar octagon (ditetragon) are still intact after nearly 3 years, and there have been only limited variations in the forms of the individual cyclones within them.  For more of an overview of these features, see these posts:

The PJ20 report, Part I (text and mini-figures) is here in a PDF:  Report-on-PJ20_PartI-w-minifigs.pdf

The full-size figures for Part I are here in a ZIP file:  Report-on-PJ20_I_Figures.zip

Part II is here in a PDF:    Report-on-PJ20_PartII-w-minifigs.pdf

Below are reduced versions of some of the figures, and an amimation of the south polar maps: 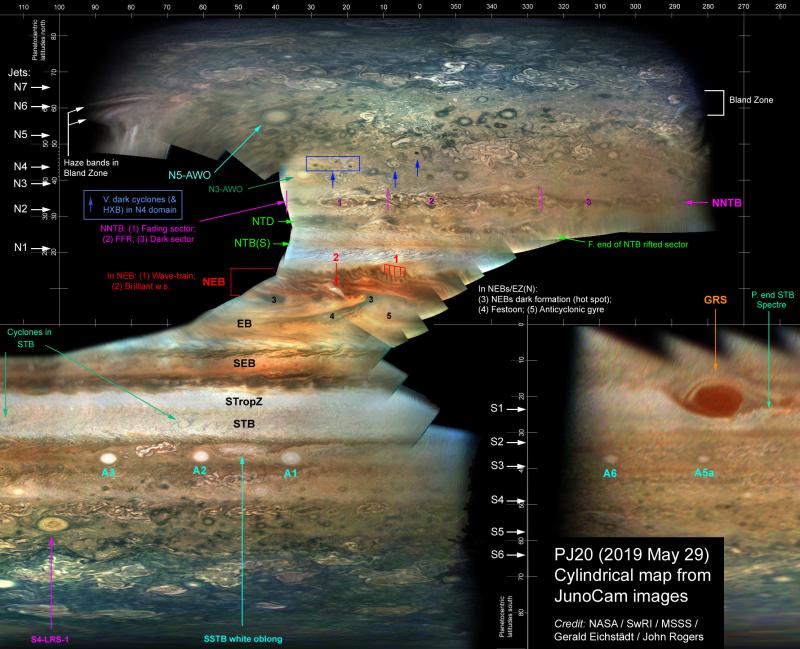 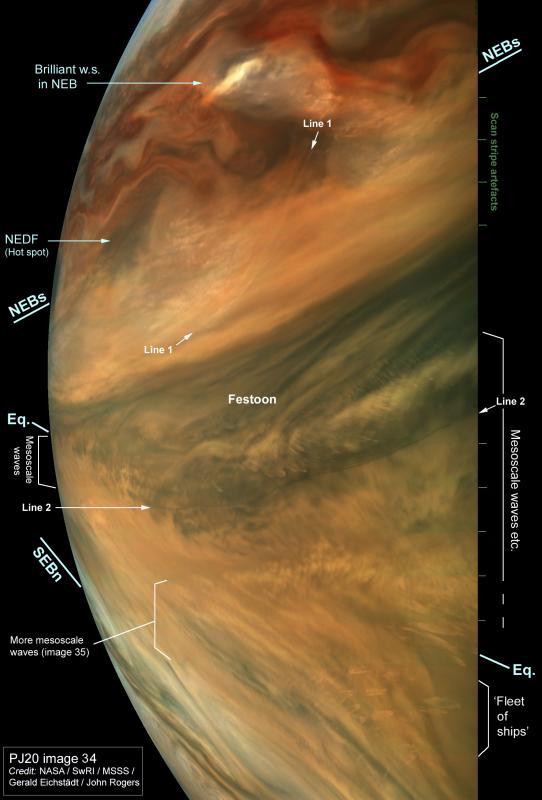 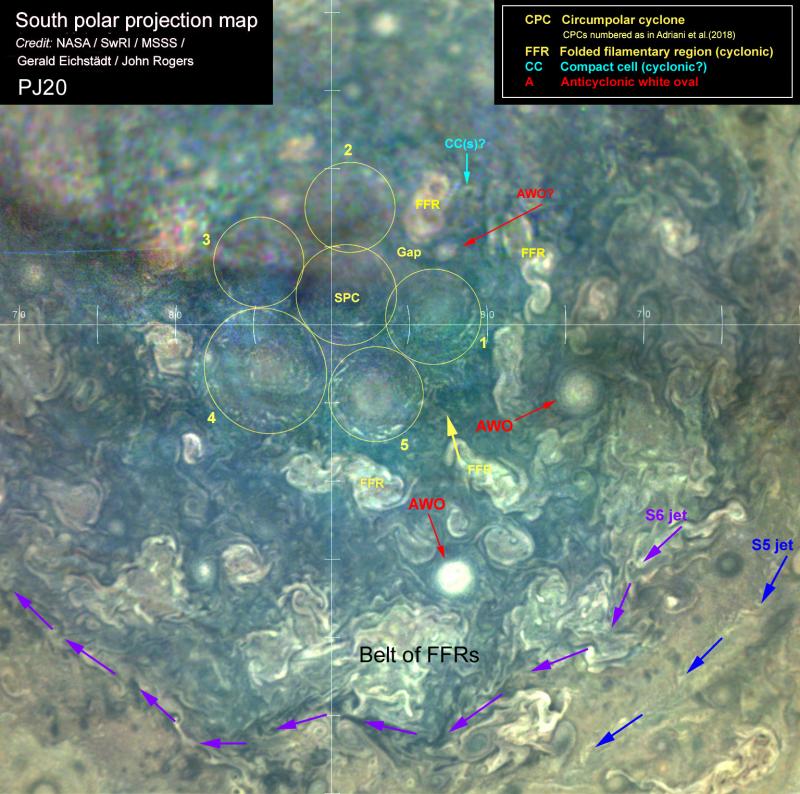