PJ21 was Juno’s second pass directly over the Great Red Spot (GRS); and just as with the first pass at PJ7, by good fortune the spacecraft also flew over an anticyclonic white oval in the N.Tropical Zone (this time, White Spot Z), and close to another AWO in the NNTZ (this time, NN-WS-6). Because of the evolution of the spacecraft orbit, the geometry for imaging was much less favourable than at PJ7; nevertheless, good oblique images were obtained of all three ovals.  White Spot Z was imaged better than ever before, revealing several types of cloud bands.  The GRS was less disturbed than it was earlier in the year, having a fairly regular oval outline, but remnants of some of the recent remarkable phenomena can be seen.  The STB Spectre can also be seen, clearly compressed alongside the GRS.

The polar regions were very well covered as usual, demonstrating the persistence of the north polar octagon and the south polar pentagon despite distortions, and interesting haze bands; detailed maps are given in the report.

Excellent ground-based images of the track were taken shortly before and after the flyby, and are presented in our new 2019 Report no.7 (https://britastro.org/node/18917)

The full-size figures are here as a ZIP file:    Report-on-PJ21_Figures.zip

Below is Figure 11 (a map made from the best GRS images by Kevin Gill): 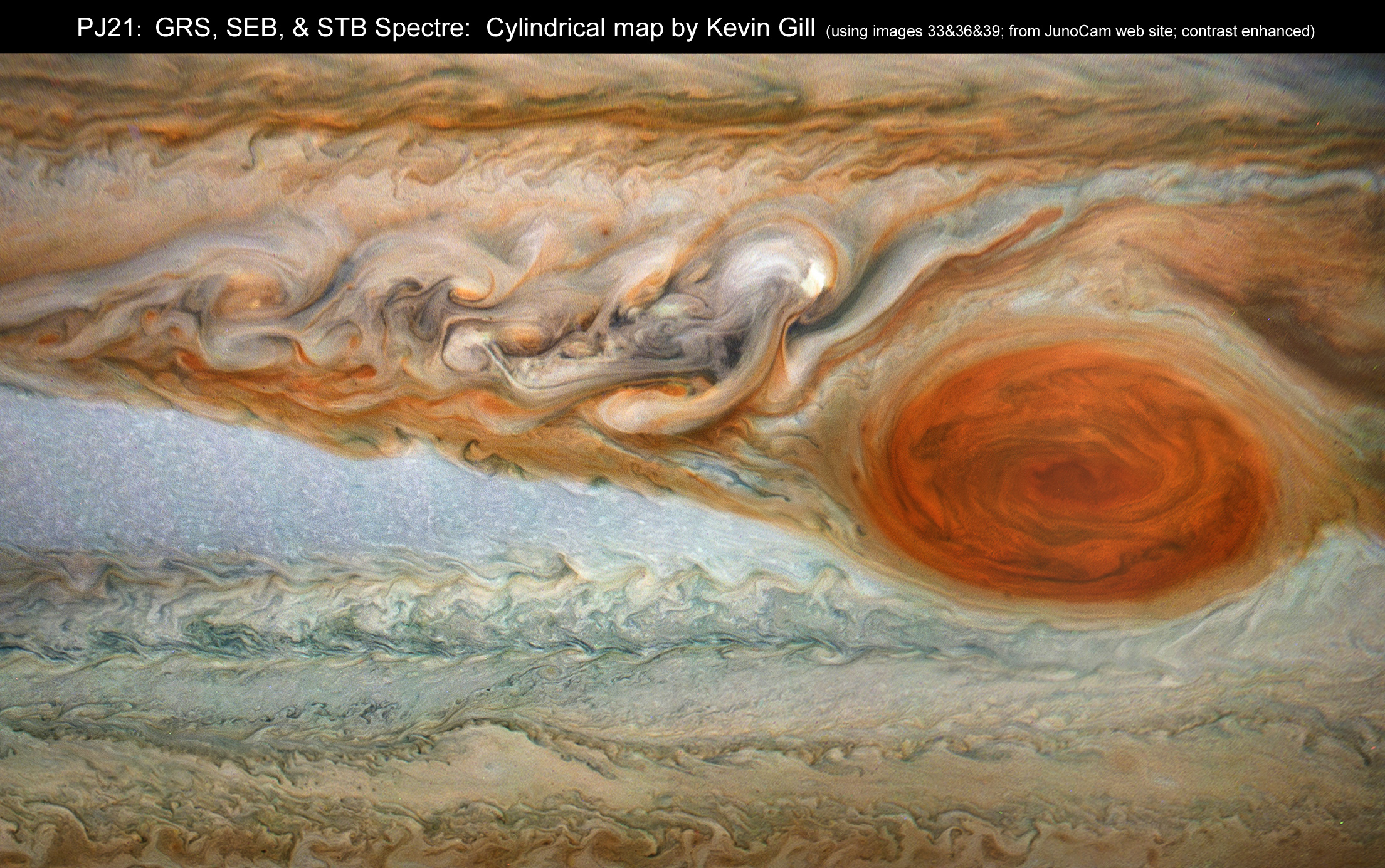