Perijove 23 (PJ23), on 2019 Nov.3, was the first since Juno ‘jumped over’ Jupiter’s shadow, so the sub-spacecraft track was close to local mid-day, and at low latitudes the camera was scanning the horizon.  Nevertheless, with its wide field of view, JunoCam was able to image all of the track at oblique angles, and as it crossed the equator it obtained a 360-degree view of the horizon with Io poised above it.  Close-ups of the SEB showed a large cyclonic ‘white barge’, an unexpected anticyclonic white spot, and the wave-train on the SEB south edge.  Both ends of the cyclonic ‘STB Spectre’ were clearly seen, despite its visual obscurity; it now spans 120 deg longitude.  Our report (Part I) describes these and other features:

Part II describes the polar regions, including the circumpolar cyclones.  There are two notable discoveries.  In the north, for the first time we can now see part of the central cyclone at the north pole, as the sunlight gradually creeps further north.  In the south, the pentagon of cyclones has transformed into a hexagon, as a small compact cyclone has fitted into the previous gap.  But as it is smaller than the others, we will have to wait to find out whether it will grow into a full-sized cyclone, or drift away again.

Below are reduced versions of some of the figures from the reports. 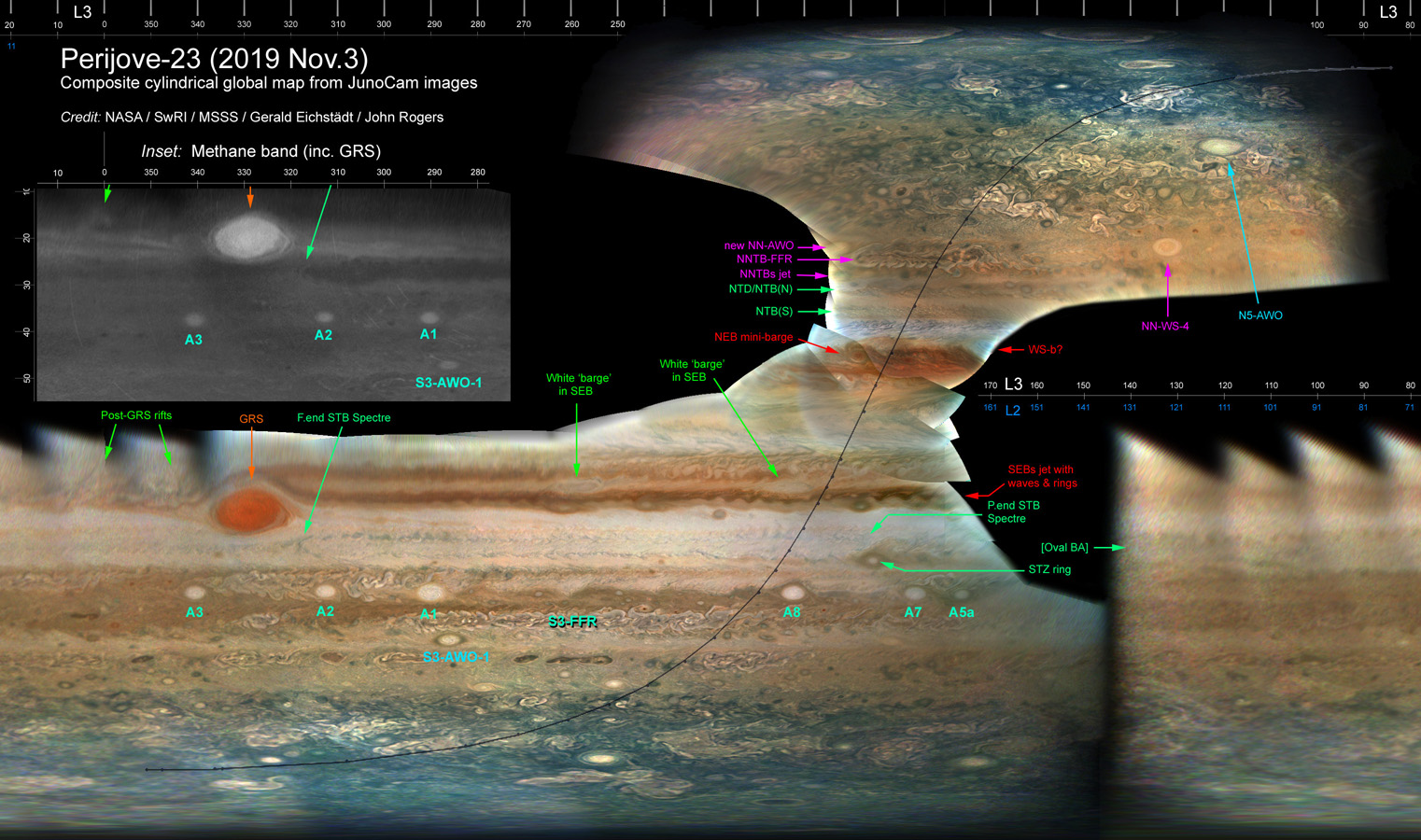 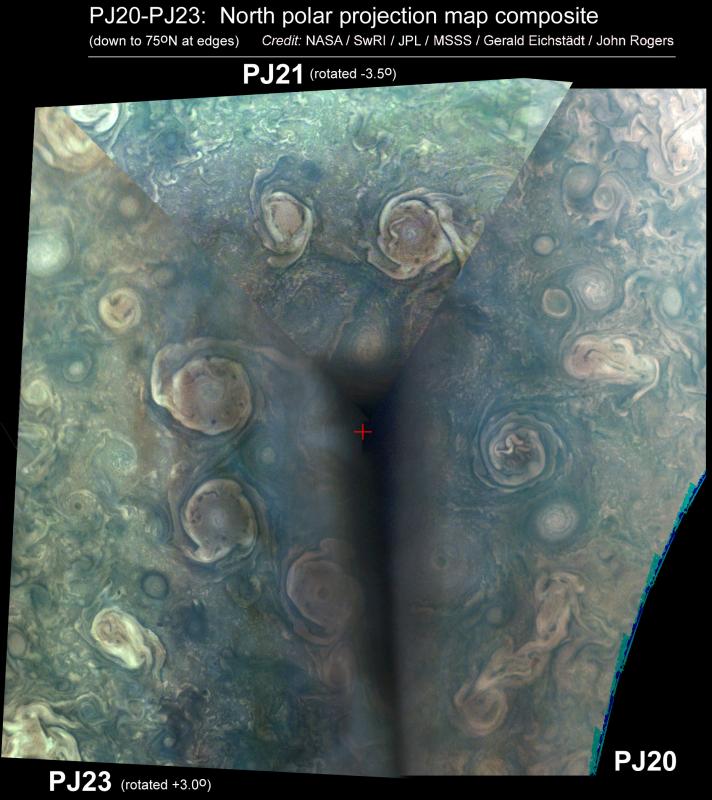 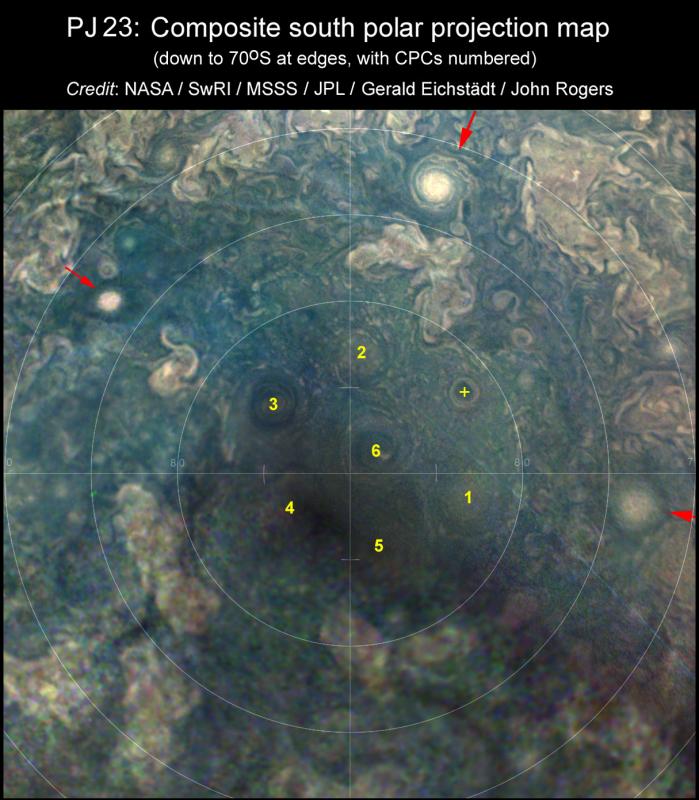