Here is a full report on the JunoCam images at PJ24, in our usual style.  It is posted as a PDF, including miniature figures, and the full-size figures are posted in a ZIP file.

PJ24, on 2019 Dec.26, was just one day before Jupiter passed behind the Sun as viewed from Earth, so JunoCam has given the only record of the planet at this solar conjunction. Highlights:

— At the north pole, the central North Polar Cylcone can be seen on the terminator.

— A strikingly red (orange) band of NTB(N) is an example of a dark belt segment turning red as it fades; JunoCam’s closeup is probably the most detailed image ever taken of this phenomenon.

Dark bluish-grey spots just south of it, in mid-NTB, presumed to be prograding, appear anticyclonic, despite being in the middle of the cyclonic belt.

— A sector of the NEB was imaged, albeit very obliquely, and revealed an elaborate bright rift syste, confirming that large-scale rift activity has resumed.

— Oval BA was well imaged, as well as the interesting sectors of STB and STZ on either side of it.

— Just south of oval BA, two white ovals in the S2 domain (A5a and A7) were fortunately captured in the act of merging.

— Distant outbound images showed the GRS with a large red methane-bright flake that must have been recently emitted from its west end, showing that this activity is still continuing.

— Around the south pole, the pentagon of cylones had apparently turned into a hexagon at PJ23, as a compact dark cyclone had moved into the former gap.  At PJ24, this cyclone is absent, but instead the former gap is filled by a larger, irregular cyclonic structure.

Here is the report (PDF):  Report-on-PJ24_JHR_&MiniFigs.pdf

Below is a downsized excerpt of the global cylindrical map and north and south polar maps.

(After this report was completed, further excellent composite maps have been posted on the JunoCam web site by Björn Jónsson and Brian Swift.) 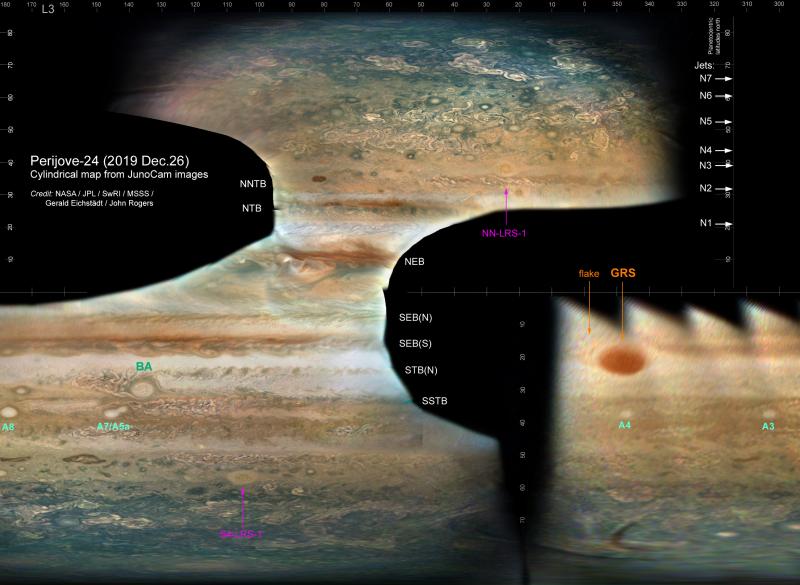 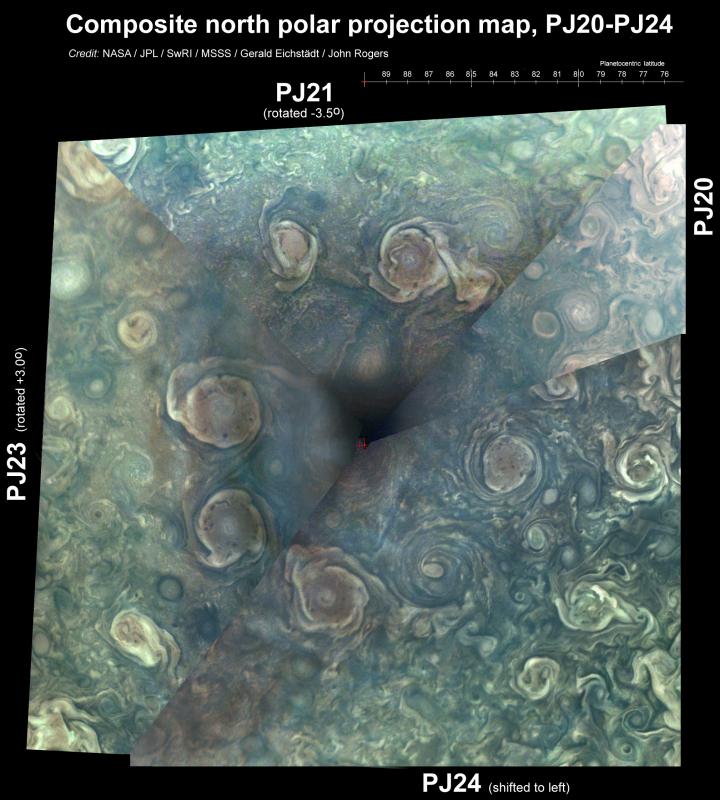 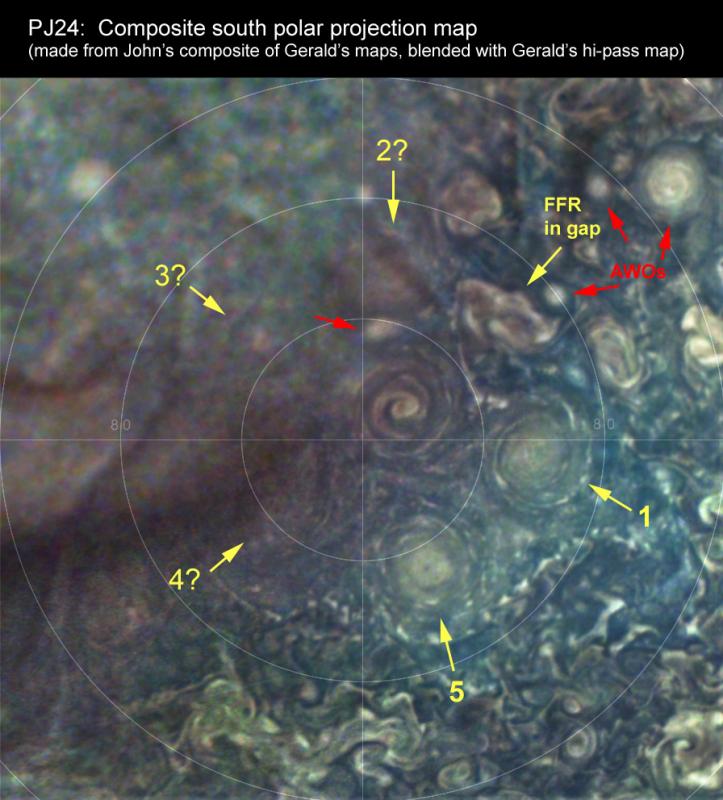