Juno’s perijove 36 was on 2021 Sep.2.  Although the track did not pass over any well-known local features, apart from one new one in the STB, the images showed tremendous detail as always.  With perijove moving northwards, we are now seeing more details of cloud textures throughout the northern hemisphere including previously unseen cloud rafts and mesoscale waves in the North Temperate domain.  As Juno receded it got a view of the outbreak in the STB that began on August 7, confirming that it is behaving very like Clyde’s spot the previous year.   Our report is posted as follows:

Here are the full-size figures for Part I:   PJ36-report-I_Figures.zip

Here are the full-size figures for Part II:  PJ36-report-II_Poles_Figures.zip

Here are reduced copies of two of the figures: 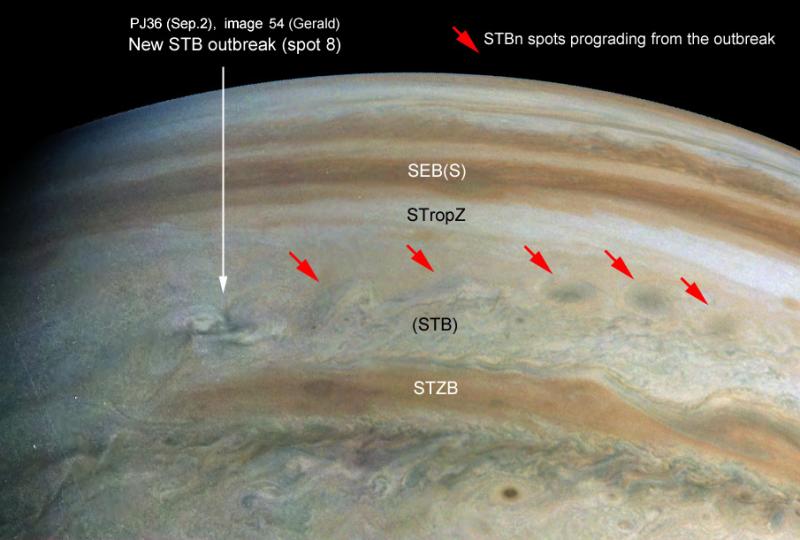 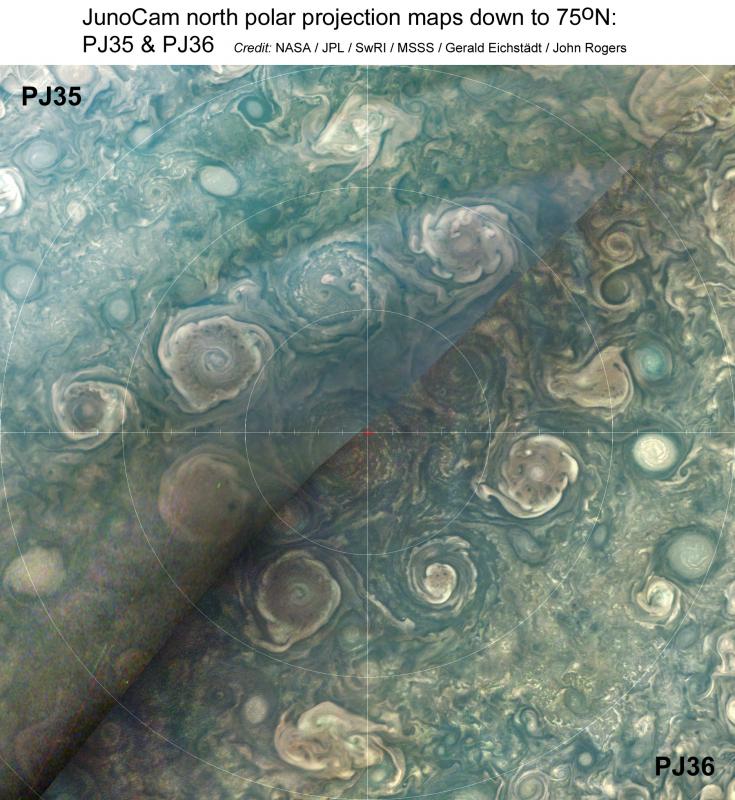