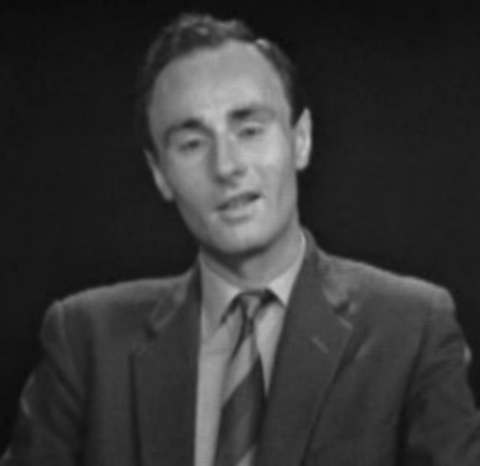 Gilbert Fielder in 1960
Gilbert Fielder was a professional scientist, specialising in the geology of the lunar surface. The author of several major books, including Structure of the Moon’s Surface (1961), Lunar Geology (1965) and Geology and Physics of the Moon (1972), Fielder advanced a volcanic theory of crater formation. As Director of the Lunar Section he anticipated the declining importance of cartographic observation and constructed an observing programme that concentrated on the distribution of selected types of formation.

The first studies of extraterrestrial geology were of the Moon. In the UK, a Lunar Group funded by the Natural Environment Research Council (NERC) was set up in the Astronomy Department at UCL in 1966, based at the University of London Observatory at Mill Hill in North London. However, there was no room for a new group in the observatory itself and UCL bought a house in nearby Daws Lane to accommodate the group. This was known as the Observatory Annexe.

At that time, spacecraft observations of the Moon had just started, providing for the first time material that could be used by geologists to interpret the surface of that body. The great debate waged by geologists and astronomers was about the origin of the craters. Were they formed by volcanism or impact cratering?

The founders of the group were Gilbert Fielder, a committed supporter of the volcanic origin of craters on the Moon, and John Guest, a volcanologist who was convinced by the new data that the lunar craters were of impact origin. The results from Apollo Missions left little doubt that lunar craters were of impact origin and confirmed that the dark maria were sheets of basaltic lava.

Gilbert Fielder left UCL in 1971 to set up a new group at the University of Lancaster.