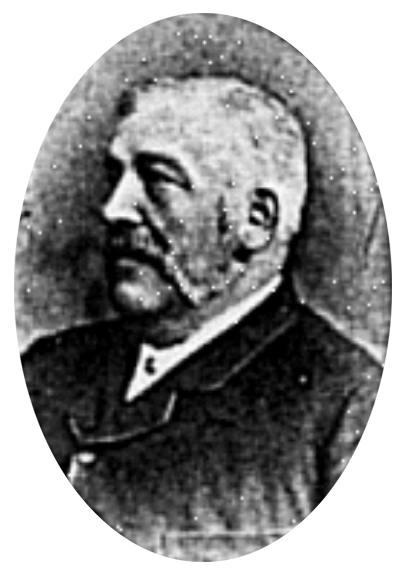 Thomas Gwyn Empy Elger was an English lunar mapper and the first director of the Lunar Section of the British Astronomical Association.  He was born in Bedford, where the family had been established for several generations. His father was an architect and builder. Grandfather, father and son engaged in the town politics, and all held the post of mayor.

He studied at University College London and adopted the profession of a civil engineer. He was engaged in several important works, including the Metropolitan Railway and the Severn Valley Railway. His surveys for railway construction in Holstein were put to a stop by the war with Prussia and Austria in 1864.

Soon afterwards he relinquished the active pursuit of his profession and devoted himself to scientific studies. He had developed a strong taste for astronomy already at an early age and erected his first observatory in Bedford. Elger observed with an 8.5 inch reflector. His sketches from 1884 to 1896 are now in the possession of the BAA. He is best known as a careful and indefatigable selenographer, and for this work his artistic skill eminently qualified him.

He is most remembered for his book The Moon: A full Description and Map of its Principal Physical Features. Published in 1895, its maps are still highly regarded by lunar observers due to their uncluttered nature.

Elger died in 1897. He is remembered by the lunar crater Elger.