The approach here is simply to compare imagery of the lunar surface taken many months, if not years apart, align these, and to blink between them looking for new fresh craters, ejecta from new craters that are too small to observe, or landslides. NASA Lunar Reconnaissance Orbiter researches have already found examples of 46 thousand such changes, but we will be attempting to include Apollo Panoramic and other high resolution imagery, and to compare  modern era Lunar Reconnaissance Orbiter images over much longer time intervals. 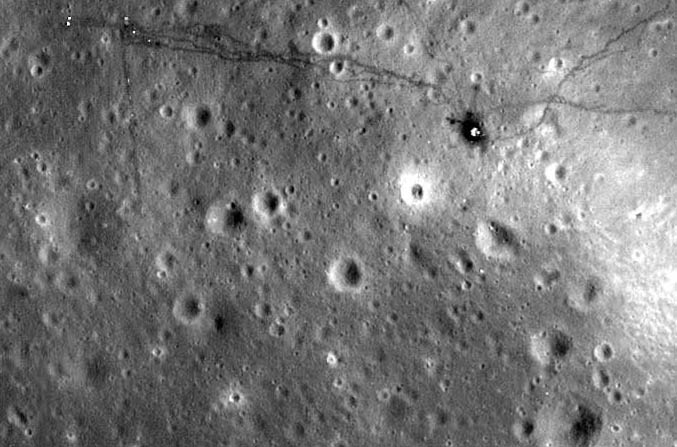 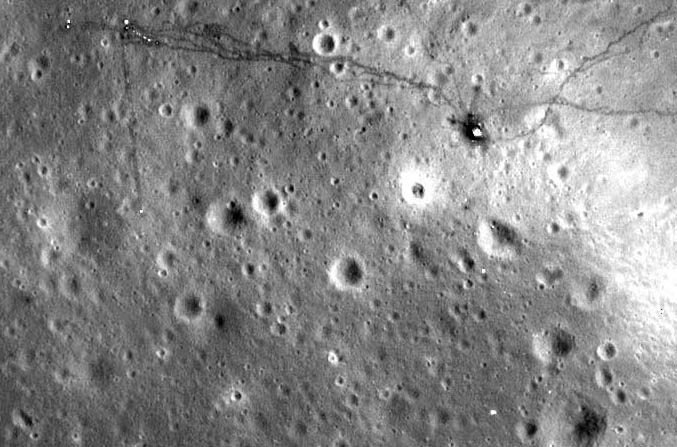 <Q> Can you see any differences between these LROC images of the Apollo 14 landing site? They are taken about 7 months apart in 2009/2010. There are a few bright spots in the lower image due to sun glint off of gold insulation foil left behind on the lunar surface, that are not visible in the upper image. The grey lines present were formed as the lunar soil was compacted by the astronauts when they walked on the lunar surface, leaving paths back in 1971.

This is quite a challenging procedure as we must use images that are not too dissimilar in illumination, in order to avoid shadow lengthening from causing apparent changes. Ideally we should also use images that were taken with little stereo parallax between them too, else topography will make surface features jump around when blinking between images. Images taken at differing resolutions, and image noise, such as photographic grain on old Apollo imagery, or space radiation detections, can also cause some false changes between images. However, over time, this is something that you can train yourself to recognize and ignore.

The good thing about this project is that you can do armchair lunar astronomy from home either when the Moon is not around, or it is too cloudy. You can begin right now by visiting the following web site, and we will add new images over time: