The Hydrogen line (HI) is transmitted when the ‘spin’ (a quantum variable) of an electron changes direction. This is exceedingly unlikely to happen – the probability is that for a single atom is that it will happen once every 10 million years. However, in a cloud of several billion atoms a weak signal is produced and this can be detected on a receiver that is tuned to 1420.4MHz.

The hardware required to detect this is somewhat more complex than other projects described in these pages and a certain amount of engineering skill is required to assemble the telescope but the rewards are certainly worthwhile of the effort involved.

The type of receiver required is a spectrometer and these are commercially available from a small number of suppliers at a price comparable to a reasonable quality optical telescope. However, a parabolic aerial of around 3m diameter is required (as a minimum) and that needs to be steerable (at least) in elevation to an accuracy of about 3 degrees. The project pages will provide examples of the engineering requirements to achieve this in due course.

John McKay uses a 3.7m diameter aerial at his home observatory and this is probably about as big as an amateur based installation can be. 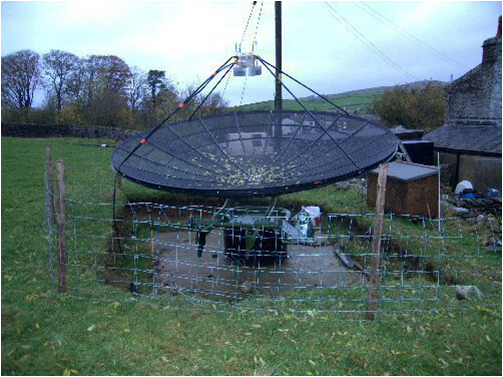 There are 2 types of spectrometer currently in use. The traditional type is essentially a scanning receiver that steps in small increments from a low frequency to a high frequency and detects and records the strength of the received signal at each step.

A more modern solution samples in a much larger bandwidth in one go then uses a mathematical (computer processed) technique known as a Fast Fourier Transform to extract the information from the sample. Potentially, this is a much more efficient and lower cost solution to the detection and presentation of information. This technique is known as Digital Signal Processing (DSP).

David Farn and Terry Ashton are developing a DSP based H line receiver which hopefully will be made available via the UKRAA in due course. 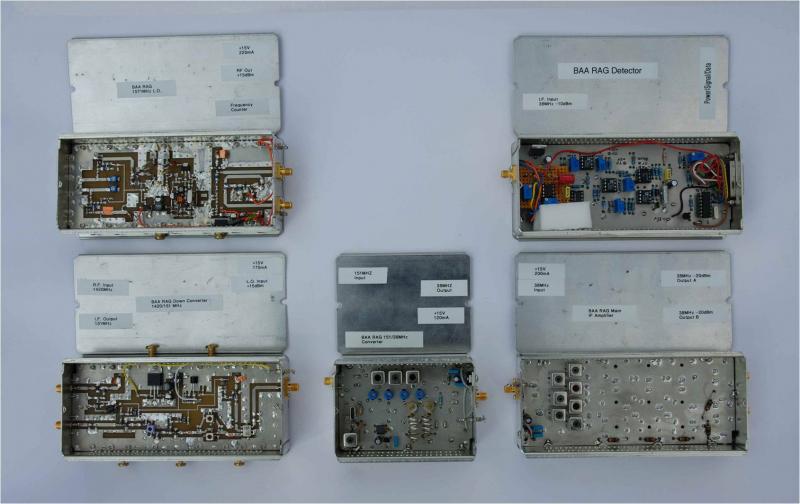 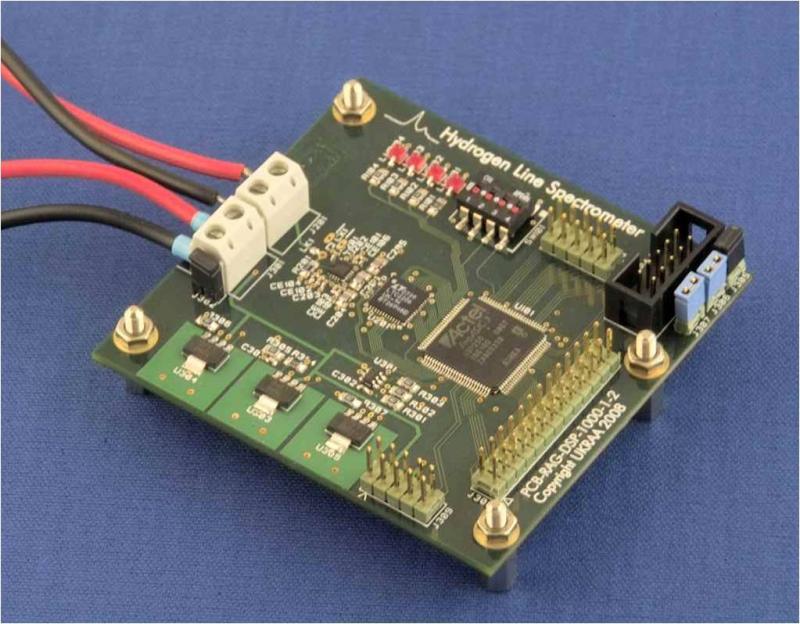 What can be Observed?

It can be seen that the frequency of the detected hydrogen (located in the arms of the Milky Way) varies around the nominal 1420.4MHz that would be expected. What is being observed is a doppler shifted radio wave that can then be converted to the relative speed that the Earth (or more specifically the receiver) is making compared to the Hydrogen. An estimate (based on the strength of the received signal) can also be made on the quantity of Hydrogen that is producing the signal. 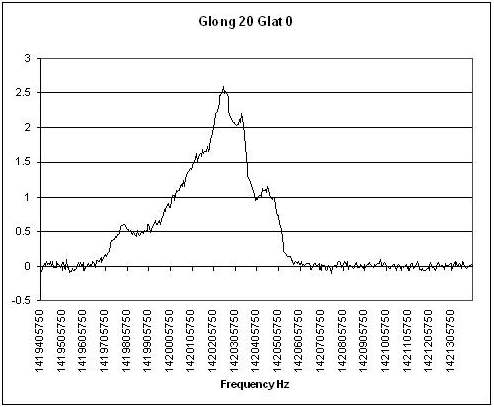 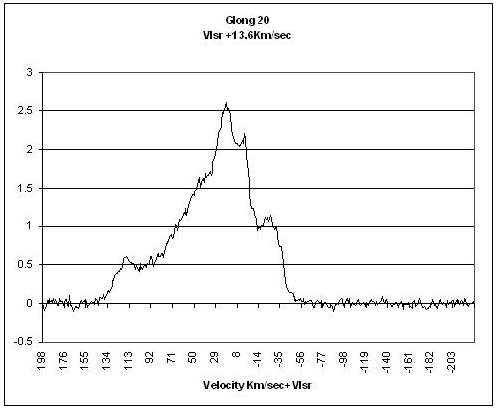 These 2 graphs show how the received signal maps directly to the relative velocity of the Hydrogen. A negative velocity indicates that the Hygrogen is moving towards us (blue shifted) while a positive velocity shows the hydrogen moving away (red shifted). 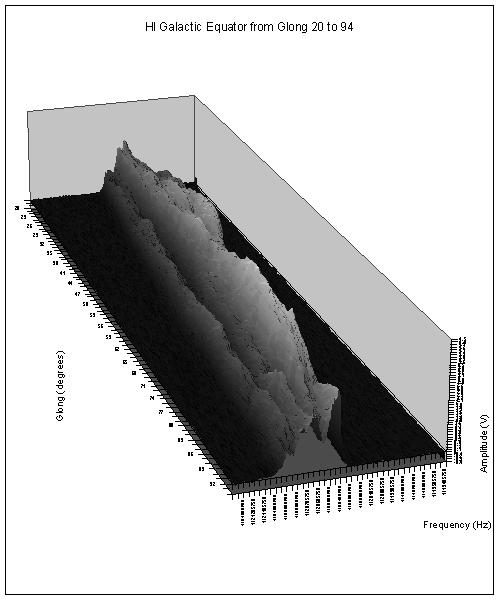 Finally, this stacked 3D graph shows the frequency (velocity) and amplitude (quantity) of Hydrogen v. the Galactic longtitude from 20 to 94 degrees at Galactic latitude of 0 degrees (the Galactic Equator).

Many thanks to John McKay for his assistance producing these page