A pulsar, the end central product of a supernova, is a highly magnetized rotating neutron star some 10-15km in diameter that emits broadband beams of electromagnetic radiation out of its intense magnetic poles. If the orientation is such that the beams pass through our solar system, they are received as very accurately timed pulses with repetition rates of milliseconds to several seconds. They were first discovered by a PhD student, Jocelyn Bell at the Mullard Radio Astronomy Observatory, Cambridge in 1952 searching for Quasars. 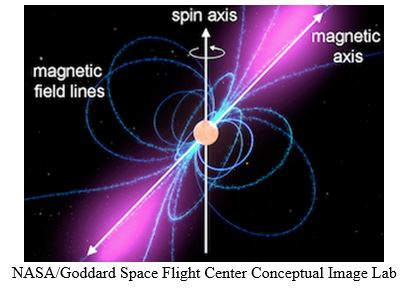 The two most powerful pulsars within the capability of amateurs to detect are the B0329+54 pulsar in the Northern hemisphere and the Vela pulsar in the Southern hemisphere.
The history of amateur pulsar detection has not been without controversy. It was easy for early amateur pulsar hunters to mistake noise spikes for pulsars. This has led to overreaction by some noting that spectrum analysis of random noise has a high probability of producing spectral peaks imitating pulsar rotation frequencies.
Period-matched integration or period-folding is far more effective than spectral techniques in recovering a true pulsar from galactic and receiver noise. However, its highly selective filtering property also discovers residual noise spike ambiguities that become more troublesome at low pulsar signal-to-noise ratios (SNR). This means that careful validation and a good understanding of the properties of pulsar pulse trains, noise and local RF interference is required.

There are three papers in this section.
The first, ‘Amateur Pulsar Detection Using the RTL SDR’ produced in 2015 is the result of a collaboration with Guillermo Gancio, then a technician in charge of servicing the two 30m telescopes at the Argentine Institute of Radio Astronomy. He collected data on the Vela pulsar at 1420MHz with an RTL2832U software-defined-radio (SDR) so that we could assess feasibility of amateurs detecting the strongest pulsars with much smaller antennas.
The second two articles are more recent and mirror work on small aperture systems at lower radio frequencies where pulsars radiate more power. ‘Small Aperture Pulsar Detection’ recommends modern receiver components and pulsar validation tools, whilst ‘A Minimal Pulsar Detection System’ describes a small but practical garden-sized system.