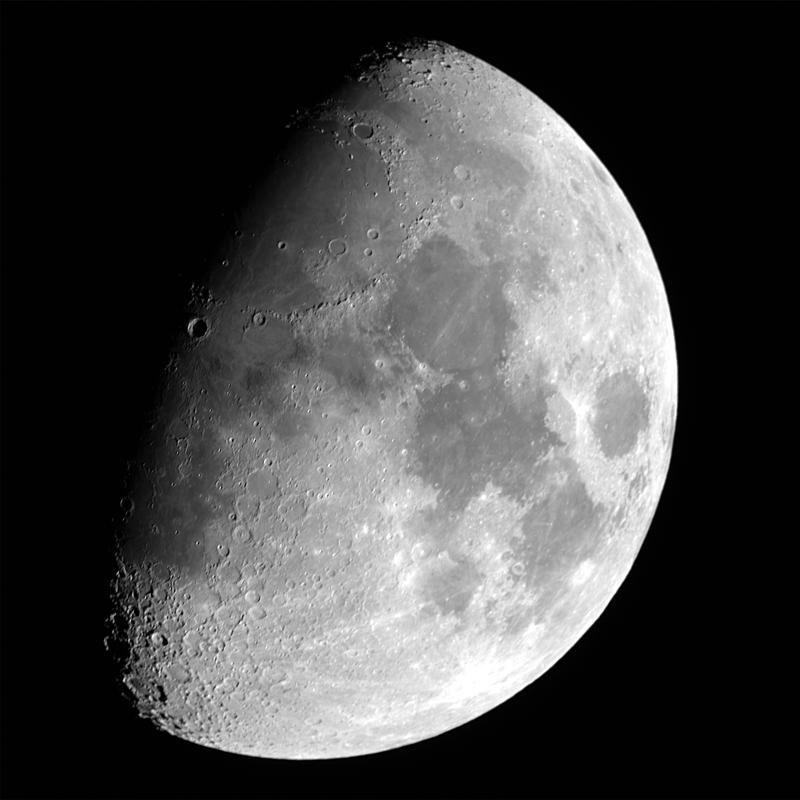 The Moon has a succession of phases from New, to First Quarter, to Full Moon, to Last Quarter and then back to New again. So when you look out on any night you may or may not see the Moon.

Find out about why we see phases of the Moon.

When the Moon is New, you won’t see the Moon at all, and as it moves to First Quarter you’ll see the Moon starting as a very fine sliver of a crescent Moon just after sunset. When the Moon is very thin, we see the main face of the Moon illuminated by light reflected from the Earth – this is called Earthshine and you can find out more about it in the Earthshine Tutorial written by the Sky at Night‘s Paul Abel.

When the Moon is full, it is very bright and is being illuminated by the Sun ‘face-on’ so it’s not such a good time for seeing craters or mountains on the Moon, as they don’t cast big shadows.

As the Moon moves towards last quarter, the Moon rises later and later each night, so will be seen in the East possibly in the dawn or morning sky.

Observing the Moon is a really easy thing for anyone starting out – you can use your naked eye, binoculars or a small telescope. Read more about this in Bill Leatherbarrow‘s article Observing the Moon.