Charles Frederick Butterworth was a Lancashire born amateur astronomer, and the first person to complete 100,000 visual observations of Variable Stars in 1939.  He began observing Variable Stars at the age of 40 and between 1911-1941 made 105,000 observations. He was the worlds leading observer from 1931 when he overtook Alexander Roberts total of 66,000 and remained so until 1957 when NZ observer Albert Jones surpassed Butterworth’s total.

In 2004 the BAA Variable Star Section decided to introduce a new award for outstanding service in the field of Variable Star astronomy, and it was an easy decision for the BAAVSS Officers to name the award after Charles Butterworth.

The award shall only be given when an outstanding candidate is nominated, and the Officers of the BAAVSS are in full agreement as to the award being made to that person.  There is no specific medal, rather the award presented will be unique to each recipient. 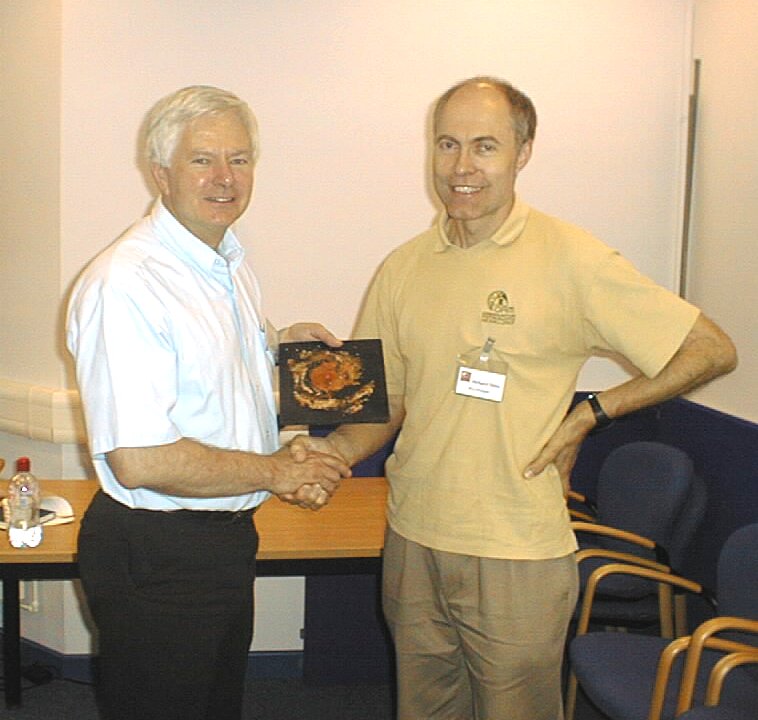 Dr. Arne Henden, Director of the AAVSO, was the first recipient of the Butterworth award presented on June 3rd 2006.  The presentation was made during a BAAVSS meeting at the RAL, and here President of the BAA Dr. Richard Miles can be seen handing over a Welsh slate tile containing an image of V838 Mon, an object Dr. Henden had studied intensely.  The citation reads…

“The first Charles Butterworth award, was presented to Dr Arne Henden, Director AAVSO, on 3rd June 2006 by the Variable Star Section of the British Astronomical Association in recognition of  his outstanding contributions to the observation of variable stars”. 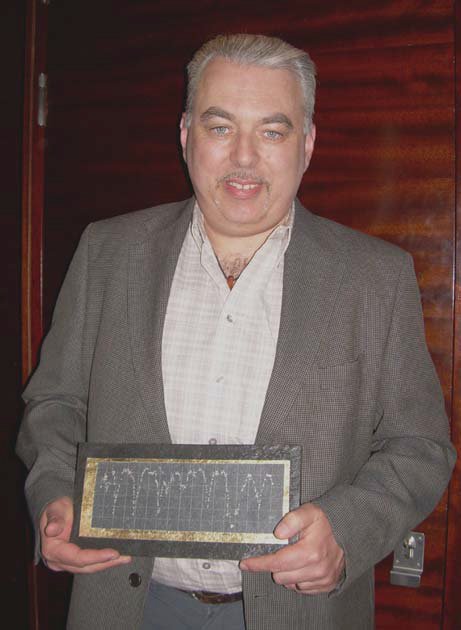 The second Butterworth award was presented to Gary Poyner at the joint BAAVSS/AAVSO meeting held in Cambridge in April 2008.  The award was once again a Welsh slate tile containing Gary’s own light curve of DY Per – his favourite star.  The citation reads…

“This, the second Charles Butterworth award, was presented to Gary Poyner on 12th April 2008 by the Variable Star Section of the British Astronomical Association in recognition of him becoming the first European to accrue 200,000 visual observations of variable stars.” 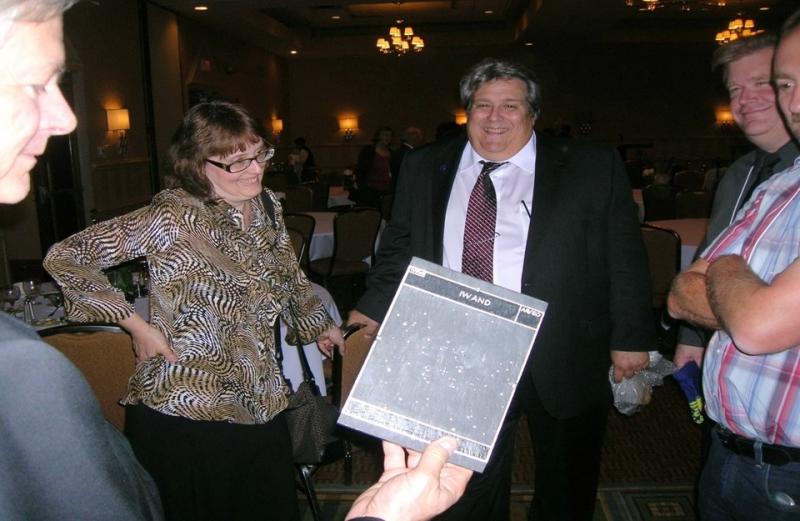 The third Butterworth award was presented by the BAAVSS officer John Toone to Mike Simonsen at the AAVSO centennial banquet in 2011.  The award is a hand etched and painted slate plaque whose face is a rendering of an AAVSO f scale chart of  Mike’s favourite star, IW And, complete with comparison star labels.  The citation reads…
“This, the third Charles Butterworth Award, was presented to Mike Simonsen on 8th October 2011 by the Variable Star Section of the British Astronomical Association, in recognition of his outstanding contribution to the development of charts and sequences.”
Mike is centre of photograph shown above.

Select here to return to the Section home page