Around two weeks after the outburst of 174P noted here the coma continues to expand but the total magnitude remains almost constant. Observations by myself,  Wendy Clark, Eric Watkins, Peter Carson and Denis Buczynski have been used to construct these plots:

The total magnitude since the outburst has been remarkably stable at around 13.55 – 13.60 (unfiltered, UCAC-4 R mags). This is me 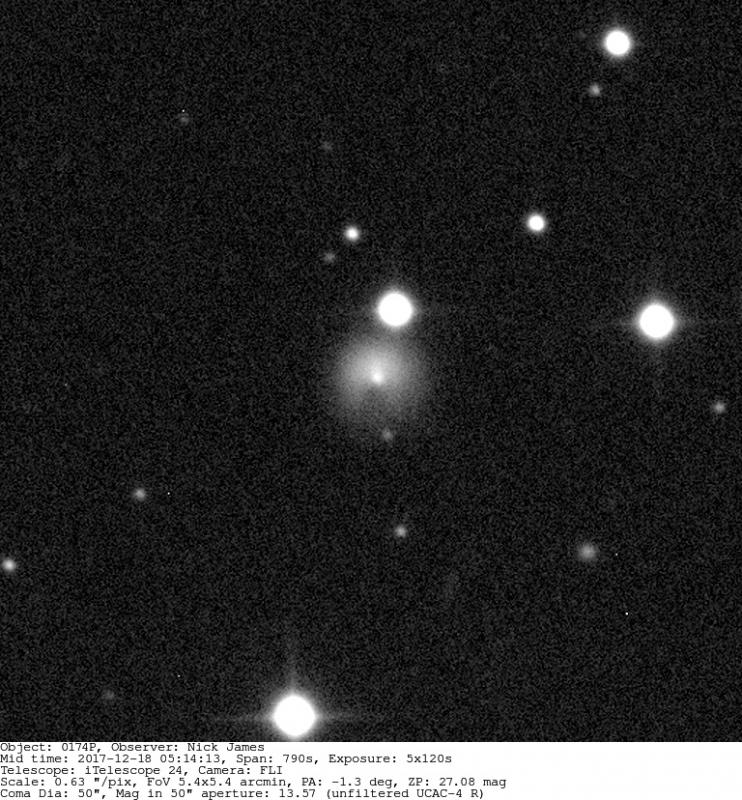 asured in an aperture slightly larger than the detected coma diameter. The constant total mag would be expected for a comet where the light was mainly from dust reflection and the quantity of dust was essentially constant so as the coma expands the total reflecting area remains the same.

The coma diameter continues to increase. Note that the two observations made by Denis shortly after the outburst were either very short exposures (Dec 9) or when the FWHM of the coma was only around 50% larger than the FWHM of the stars in the image (Dec 8). For these two observations the magnitude is reliable but the coma diameter probably is not.

If anyone has high resolution images taken prior to December 12 I would appreciate the opportunity to analyze them so that I can include them in this analysis.