Comet 21P/Giacobini-Zinner was discovered by Giacobini in 1900 and recovered by Zinner in 1913 and it has an orbital period of 6.6 years. The comet is the parent of the Draconid meteor shower which peaks around October 8th and so this year it will be possible to observe both the parent comet and its meteoritic debris. The return in 2018 is a particularly good one with the comet coming to within 60 million km of the Earth on September 11 just as it reaches its closest point to the Sun. It is also particularly well placed for observation from the UK since it is high in the sky as it gets dark.

A chart for the next 6 weeks is here. At  present (early August) the comet is in Cassiopeia. It moves into Camelopardalis on August 19 and then Auriga on August 31. The comet has been brightening slowly through the spring and summer and it is now around magnitude 8. It should reach 6th magnitude later in August. You can find the latest lightcurve here. 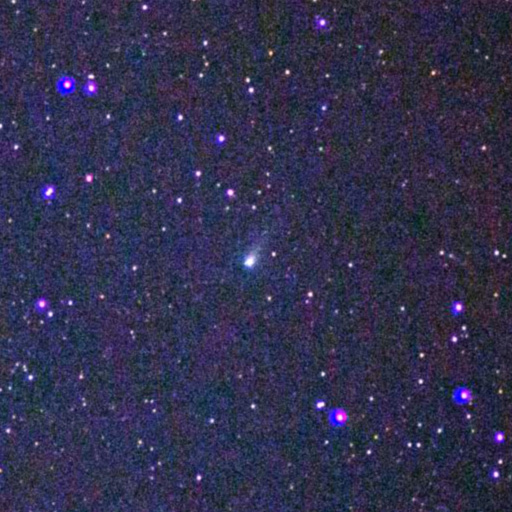 Over the past few weeks the comet has been growing quite a nice, broad tail and this is visible in binoculars and can be imaged with simple equipment as shown in this shot by Derek Robson which is a single 30s image at ISO 1600 taken on August 4 using a 300mm f5.6 lens tracked with a Star Adventurer. In larger telescopes the comet shows a lot of detail, including some sunward pointing jets as shown in the picture below which I took on August 5. Further images are in the Comet Section archive here.

Comets are generally unpredictable things but 21P has been observed on many returns and we have a pretty good idea of how it performs so we can be confident that it will be a nice object throughout August and September. Please observe it when you can and report your observations to the Comet Section. 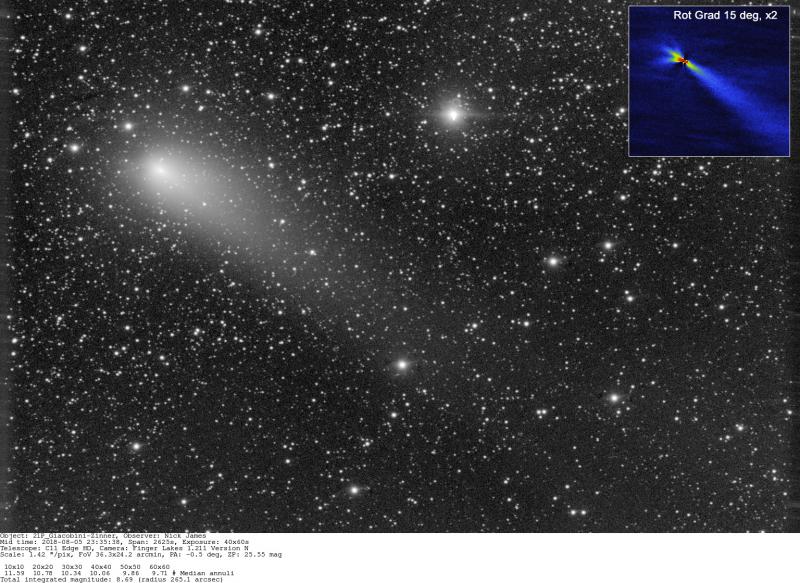