All about Juno and Jupiter at a pro-am workshop, 2018 May

EuroPlanet Workshop in London, 10-11 May 2018:  ‘New Views of Jupiter: Pro-Am Collaborations during and beyond the NASA Juno Mission’

This workshop, hosted by the Royal Astronomical Society at Burlington House, London, brought together 50 amateur and professional observers and researchers from Europe and across the world, to discuss collaborative studies of Jupiter while Juno is in orbit around ithe planet.  There were 17 professionals (including 3 senior Juno team members who came specially from the USA) and 33 amateurs (some who take images, some who analyse and interpret them, and some who develop software tools).  There were 26 talks, 10 from professionals and 16 from amateurs.

The talks are now posted on the workshop web page, along with a 5-page introduction/summary of the talks, and a large collection of photographs.  This is all at:

Also online are a Europlanet press release about the meeting, short interviews with some of the participants, and (for people in the UK) a new episode of the BBC’s ‘Sky at Night’:

The workshop was funded mainly by EuroPlanet with a grant from the European Union, with a contribution from the European Research Council, and the Royal Astronomical Society provided the venue and staff free of charge.

Suggestions and recommendations for amateur imaging:

This included the following:

–Should images be produced with north or south up?  A general recommendation that observers should submit images with north up (as professionals want) seemed to be widely accepted.

–It is also desirable that everyone use the standard PVOL filename format:

–It is not necessary to provide individual color layers when a RGB image is provided.

NASA updates on the Juno mission:

1.  NASA have now approved the mission’s continuation for the full 34 orbits, culminating in a fatal plunge into Jupiter’s atmosphere at the end of the 35th orbit on 2021 July 30.  Press release at:

2.  Juno’s Microwave Radiometer picks up microwave bursts from jovian lightning flashes, and has mapped the thunderstorms across the planet.  It confirms that lightning flashes are most frequent in the mid/high northern latitudes (probably in cyclonic stormy regions as mapped by previous spacecraft), but they are also common all the way up to the north pole, and also occur in high southern latitudes though less frequently than in the north. The lightning bursts are also detected by Juno’s plasma waves instrument. They appear to be similar to lightning on Earth, and may be in similar water-driven thunderstorms.  Press release at: 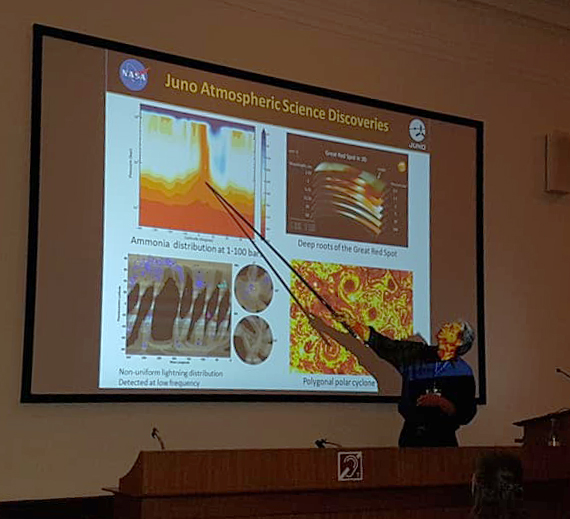 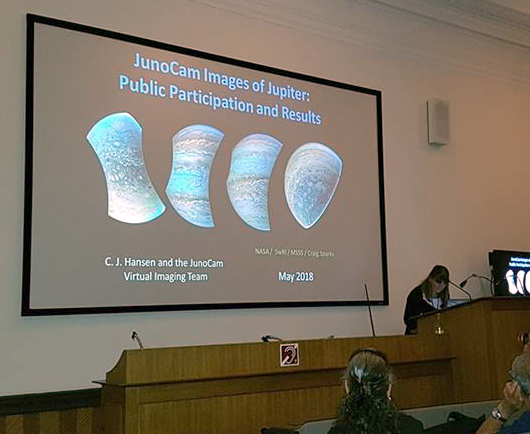