BepiColombo was launched on 2018 October 20 and the mission is specifically designed to study the planet Mercury and its environment. This joint European Space Agency (ESA) and Japanese Aerospace Exploration Agency (JAXA) spacecraft successfully flew past Mercury on 1st October and during this flyby, BepiColombo sent back a couple of splendid images of Mercury, one of which shows many craters and features in sharp relief against the morning terminator. 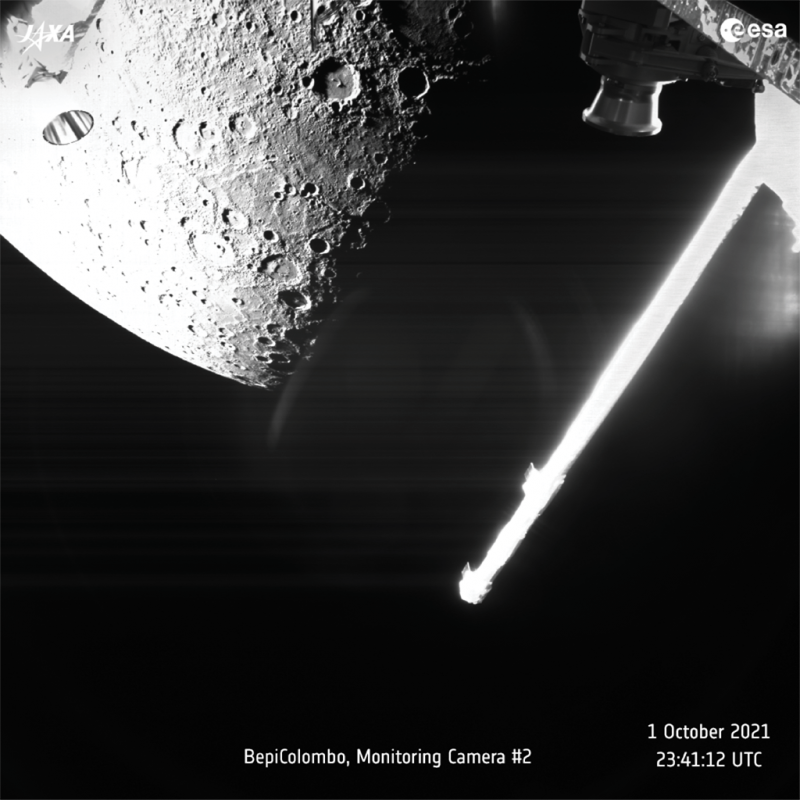 Mercury is the closest planet to the sun, and although it has been visited by Mariner 10 and MESSENGER, there are still many mysteries surrounding its formation, evolution along with interior structure. The BepiColombo mission contains a number of instruments which will study the geology of the planet and hope to provide some clues about how the planet’s interior is composed. It will also attempt to resolve many longstanding mysteries about the origin of Mercury’s magnetic field and how the planet’s magnetosphere interacts with the solar wind.

The spacecraft has taken a somewhat scenic route to Mercury – it is much harder to send spacecraft to the inner solar system and we have already two flybys of Venus (2020 October 15 and 2021 August 10). On the 1st October, the spacecraft made its first flyby of the planet and sent back some excellent images of Mercury. Another six flybys of Mercury are planned until BepiColombo achieves orbit on 2025 December 5th . No doubt the mission will provide some fascinating insights into Mercury and hopefully resolve many mysteries which surround the planet. 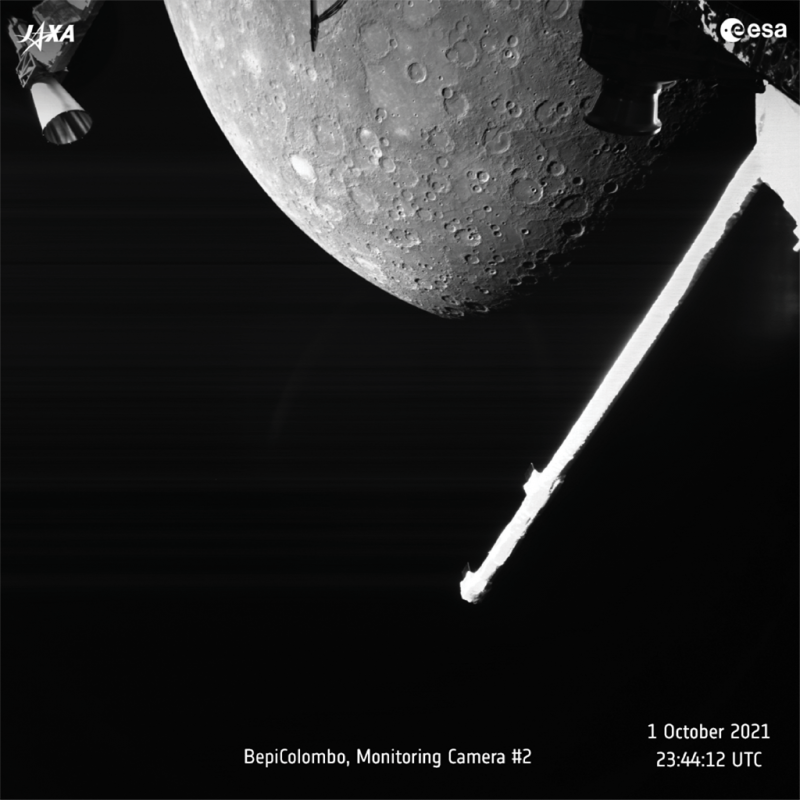 Mercury is currently quite hard to see in the evening sky. Inferior conjunction will occur on 9th October and it will then appear in the morning sky. It is best placed in the morning sky on 25th October when it reaches greatest western elongation (although you can catch it a few days before or after). Any observations of Mercury will be gratefully received by our Mercury coordinator, Chris Hooker; his contact details can be found on the Mercury and Venus Section overview page.

Paul G. Abel
Director of the Mercury and Venus Section