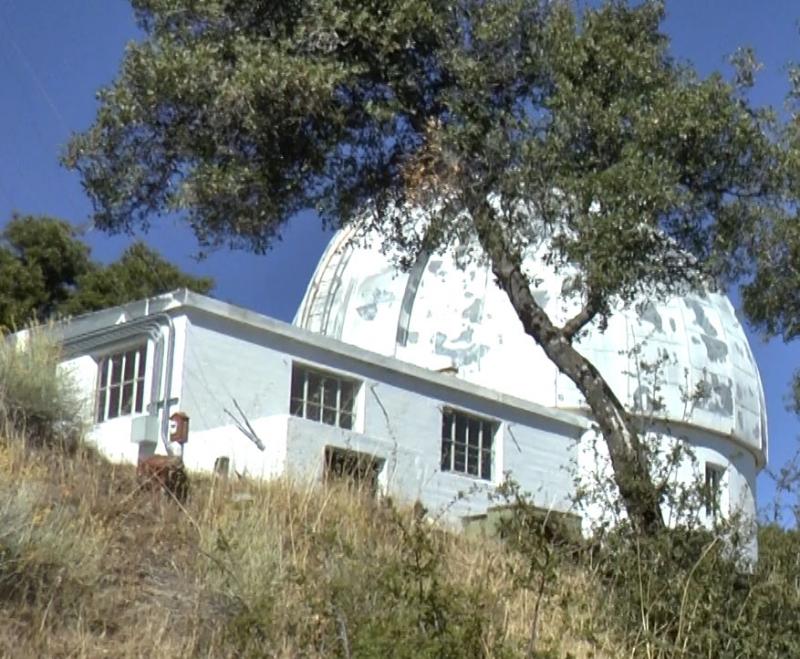 Comet 46P was discovered in 1948 January by Carl Wirtanen using the 20-inch Carnegie Double Astrograph at Lick Observatory. This astrograph is now abandoned but the dome still exists (see left). This comet was the original target for the ESA Rosetta mission, but a failure of the Ariane rocket on a previous launch led to a delay of over a year and the spacecraft was retargeted to the now-famous 67P/Churyumov-Gerasimenko.

46P/Wirtanen currently moves in an orbit with a period of 5.4 years and the return in 2018 is almost as good as it can be with the comet passing 11.6 million km from the Earth on December 16, just 4 days after perihelion. On that date it will be high up in Taurus not far from M45, possibly at magnitude 4, but moving rapidly relative to the stars at 0.2 degrees per hour. Despite its fairly bright magnitude the comet will be 1-2 degrees in diameter and diffuse and so will not be an easy object from most sites. Binoculars will be an ideal instrument to follow it visually through December and colour images with wide-field instruments should show it well. The Moon is new on December 7. On the night of closest approach, Sunday December 16, the Moon is just after First Quarter and sets just after midnight with the comet high in the south.

Charts showing the comet’s position through November and December are here and here. In early November the comet was in the southern hemisphere in the constellation Fornax but UK observers have been imaging it using remote telescopes and Martin Mobberley’s image from November 4th (below) shows a faint tail appearing to the north. The lightcurve so far this apparition is available from COBS here. From late November the comet moves rapidly northwards. At the beginning of December it will be visible to UK observers low above the southern horizon around 10pm and it could be around 6th magnitude at this time. The comet rapidly ascends into the winter evening sky moving into Taurus on December 12. After closest approach it will start to fade but it will still be 5th magnitude at the end of the year as it moves through Auriga. 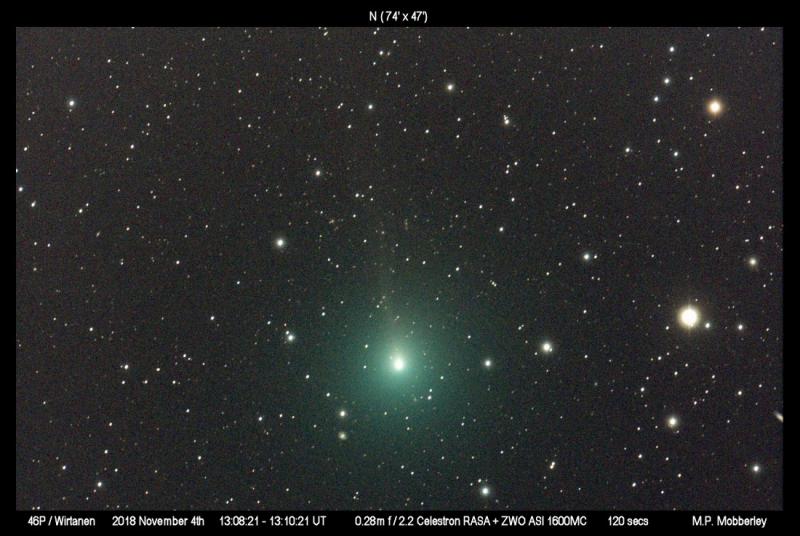 Visual magnitude estimates should be made using the techniques set out in the Section Observing Guide which is available from here. During December the comet will be an ideal target for imagers using wide-field cameras. We would encourage observers to submit their images to the section archive. Even a simple DSLR on a fixed tripod with a standard lens should be able to pick up the green fuzzy glow as the comet races past M45 in the middle of December. Let’s hope for clear skies around the time of closest approach.