This news item is based on BAA Circular No. 835 which logged-in members can download here.

C/2013 US10 was discovered by Richard Kowalski as part of the Catalina Sky Survey on 2013 October 31. It was originally designated as an asteroidal object but it was quickly identified as cometary. At the time of discovery it was an 18th magnitude object in Aquarius at a distance of 8.3 au from the Sun.

The orbit was quickly determined and this indicated that the comet would reach perihelion on 2015 November 15 at a distance from the Sun of 0.82 a.u. Of particular interest was the orbital eccentricity which was slightly greater than 1. This implied that the comet was a new object on its first visit to the inner Solar System. Such comets are often active far from the Sun but disappoint when they near perihelion. Martin Mobberley took the image shown here on 2015 October 5th using the iTelescope 0.51m, f/4.4 CDK at Siding Spring. 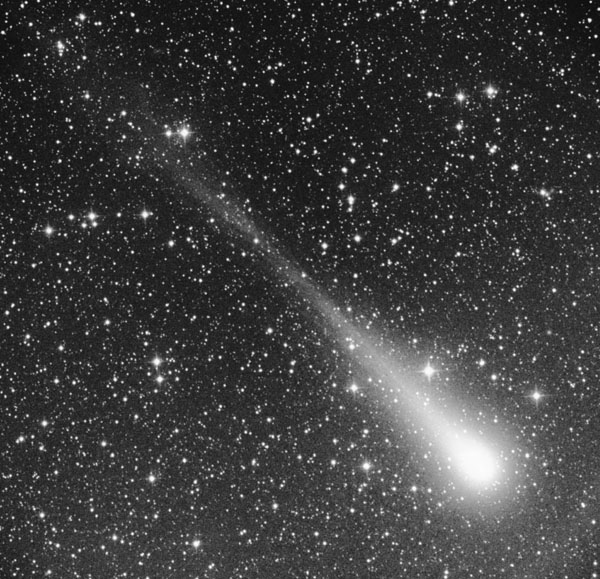 After spending all of the time since discovery as a southern hemisphere object the comet is now reappearing from behind the Sun and moving rapidly north in the sky.  It should become visible from 50°N as a morning object sometime around the last week of November. It has already been imaged very low in a twilight sky from the Indian Himalayas.

Initial estimates suggested that the comet could reach fourth magnitude near perihelion but magnitude estimates received in September indicate that the rate of increase in brightness may have slowed. This is consistent with it being a dynamically “new” comet. Predicting the brightness of comets is always difficult and a rather conservative magnitude law would place the comet at fifth magnitude through most of December. If we are lucky it may be brighter than that. In any case the comet will rapidly become very well placed for observation from the UK as it moves north.

A chart showing the comet’s path through late November and December is shown below. On November 28 the comet passes λ Virginis and will be 11° above the SE horizon at 0630 UTC as seen from southern England. It could be as bright as 5th magnitude at this time but the low altitude will make it difficult to spot without optical aid. The comet then moves through Virgo and crosses the border into Bootes on December 24. Throughout December it stays roughly the same magnitude since the intrinsic fade as it moves away from the Sun is balanced by a decreasing distance to the Earth. If we are lucky it should be visible, just, to the naked eye in a clear, dark sky.

In the New Year the comet makes a very close approach to Arcturus on January 1 and continues moving north passing into Canes Vanatici on January 7 and past Alkaid in the tail of Ursa Major on January 15. In late 2016 January it will probably have faded to sixth magnitude as it passes near to Polaris.

Comets are unpredictable things and dynamically new comets such as C/2013 US10 are more unpredictable than most but this comet will be worth searching for using binoculars and it should be a good imaging target. You can find the latest images of this comet in the Comet Section archive here. 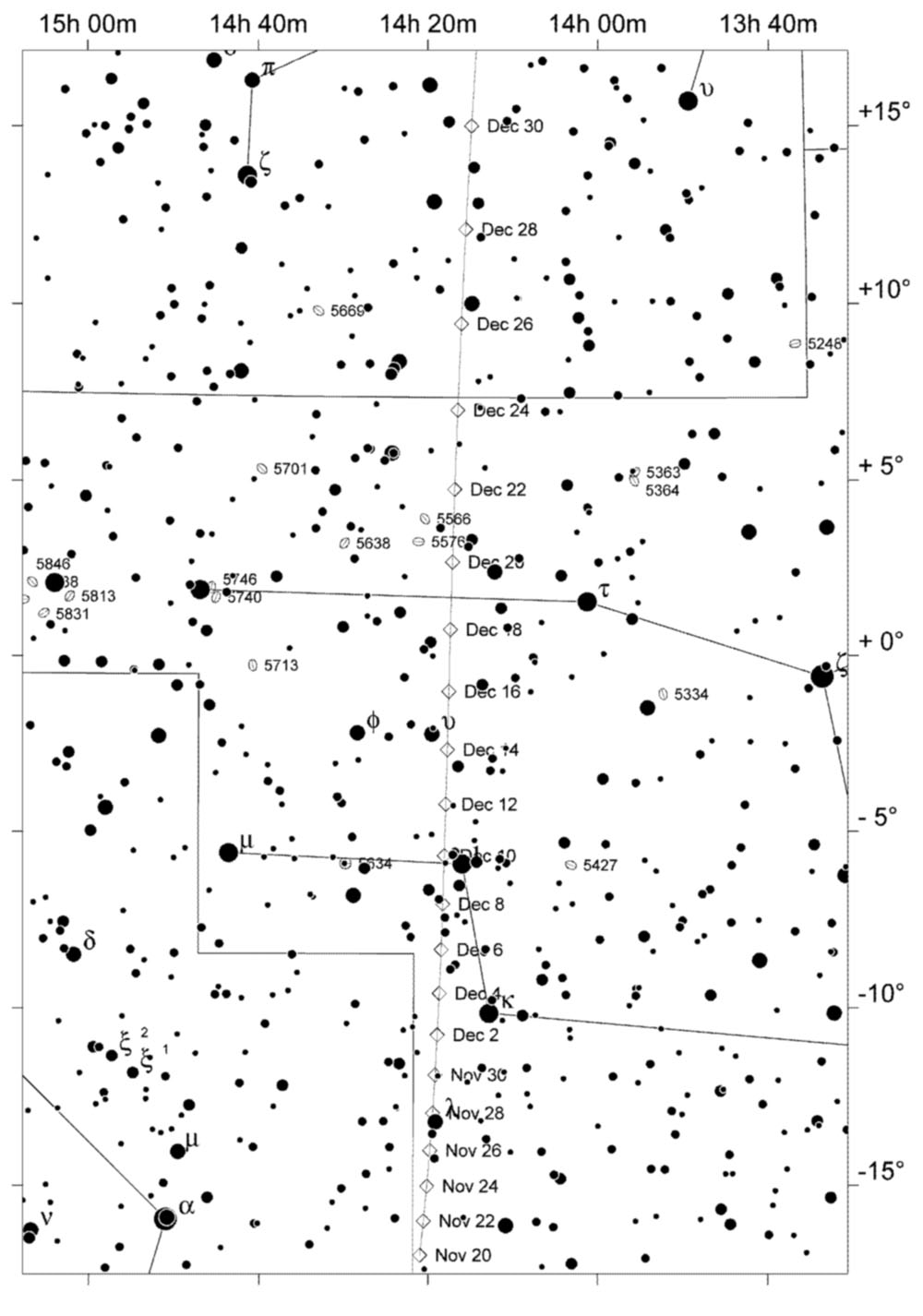