This faint periodic comet was discovered by Paul Wild on 1990 January 21.98. It was discovered using a 0.40-m Schmidt camera at the Zimmerwald Observatory in Switzerland and, at the time, was in the constellation of Leo. At discovery the comet was 13th magnitude, strongly condensed and had a fan-shaped tail extending around one arcminute to the northwest. Japanese observers Ishikawa and Niijima found pre-discovery detections on images obtained a few hours before the discovery image was obtained. The first periodic orbit was calculated by Marsden at the end of 1990 January. This was later refined as more observations became available indicating a perihelion on 1990 July 2.52, a period of 6.15 years and a perihelion distance of 1.99 au. Observations at subsequent returns have shown that the comet shows significant non-gravitational acceleration due to outgassing.

This year the comet returns to perihelion on 2022 July  16.96 and the orbit has evolved so that the perihelion distance is now 2.2 au. The comet was closest to the Earth on February 23 at a distance of 1.43 au. It is moving very slowly and will spend the spring and summer in Leo moving into Virgo in August. A PDF chart is here. 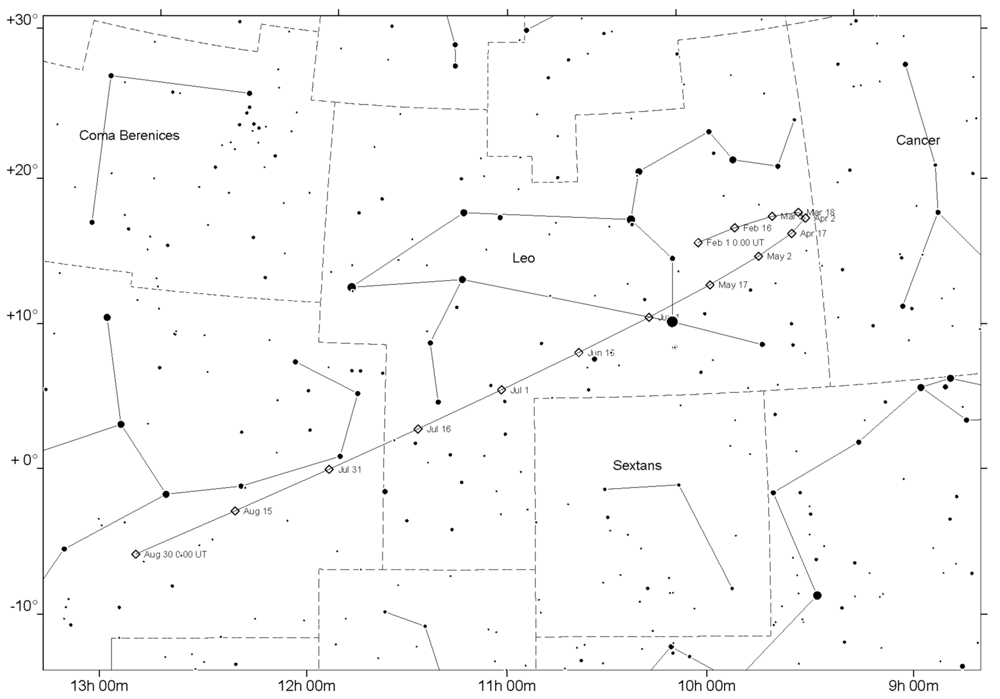 The current lightcurve from COBS  shows that its magnitude will remain around 13 throughout this period and it is well-placed for observation using larger telescopes. It is currently showing a short fan-shaped tail to the south-east of the coma. Recent images are in the section archive here.  The image below was taken on March 25 and is a crop of the full image here. 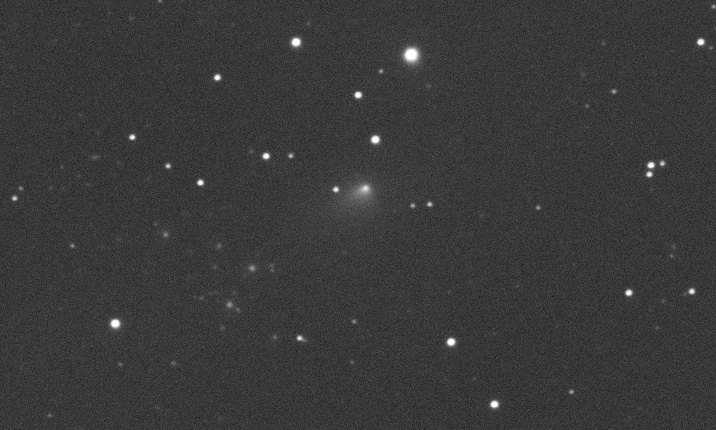 Please send any observations of this comet to the Comet Section.