If we are lucky there will be two comets in binocular range high in the UK sky in mid-April. Comet 41P/Tuttle-Giacobini-Kresak should reach 6th magnitude around the time of its perihelion on April 12 although it could be quite a bit brighter. Comet C/2015 V2 Johnson is also brightening as it approaches its perihelion in June and it could be approaching 7th magnitude by late April. Both comets are very well placed for observation from the UK.

Comet 41P is currently around 9th magnitude. By mid-March it crosses the border from Leo Minor into Ursa Major (41P March.pdf). The comet continues to move north passing relatively close to M108 at mid-day on March 22 before traversing the Plough and moving into Draco on March 30. It should be at its brightest in mid April as it is moving towards the head of Draco (41P April.pdf) passing beta Draconis (Rastaban) on April 19. The comet gradually fades as it moves into Hercules. Comet 41P is prone to pre-perihelion outbursts which can make it brighten by several magnitudes so it it worth keeping it under observation throughout this period. Current images can be found in the section archive here.

The path of the other comet, C/2012 V2 (Johnson) is also shown on the April chart for 41P. It is in the western part of Hercules for the next two months. Its track is shown in more detail on this chart (2015v2 March April.pdf). At present this comet is sitting at around 10th magnitude but it is slowly brightening as it heads for its perihelion on June 12. Current images can be found in the section archive here. 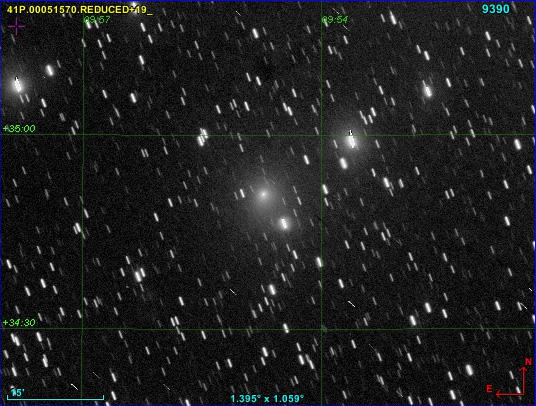 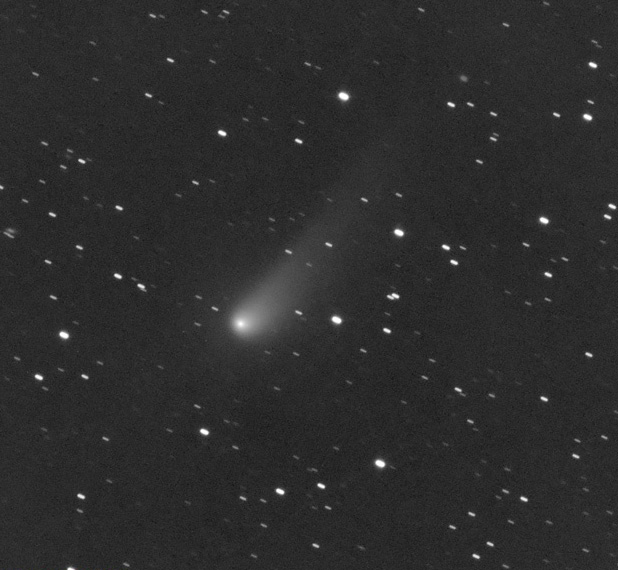