While there are no particularly bright comets due in 2017 there are a few that might reach binocular or naked eye visibility.

Jonathan Shanklin wrote this note on comet prospects for the 2016 December Journal and an updated draft is maintained here.

Martin Mobberley wrote a detailed chapter for the now defunct 2017 Yearbook of Astronomy and he has kindly agreed to allow the BAA to publish this on our website here. 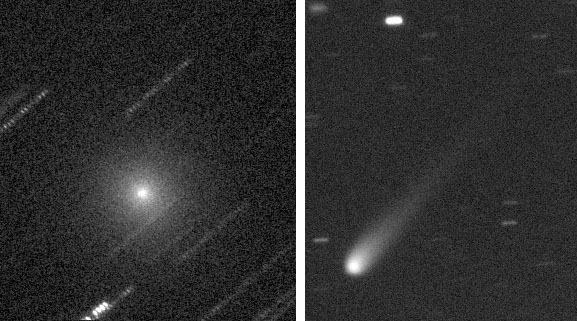