Good news arrived in that the American Astronomical Society has acquired the Willman-Bell publications, and will publish them though their Sky Publishing wing (that also publishes Sky & Telescope magazine).

And also good news that the James Webb telescope (the so-called Hubble Space Telescope replacement) has successfully completed testing and is being prepared for shipping to the launch site, Kourou, French Guiana, where it will board an Ariane 5 rocket for its month long trip to its Lagrange point station. And then there will be a six month commissioning period, so hopefully we will see some first science from JWT in 2022.

Good news from Hubble too – although science had been paused due to a power control unit failure, eventual diagnosis and switching to a backup unit returned the telescope to normal operational mode on July 16. One wonders how much longer it can keep functioning. Its orbit will decay and will re-enter sometime between 2028 and 2040 (unless it gets a boost up, which seems unlikely). I’m not sure if this image was taken before or after the ‘shutdown’ but it is a fascinating Einstein Ring: https://www.nasa.gov/image-feature/goddard/2021/hubble-sees-cosmic-quintuple

Mike Harlow created this nice animation showing the variability of Gyulbudaghian’s nebula. This comprises 18 months of observations. Mike notes that it is a “rather wobbly movie but it does show last years fade quite well and the two ‘pulses’ this year”. It runs from March 2020 to July 2021 with June last year missing.

Unfortunately McNeils nebula seems to be stubbornly doing nothing.

Many thanks to Iain Cartwright & Howard Davies who had a go at the August Object of Interest, NGC 6934, and to Nick Hewitt who dredged up an image from 2013.

For September I’ve picked the planetary nebula NGC 7094 in Pegasus. It’s an easy hop from M15 for those using manual telescopes. It has a nice bright (13th magnitude) central star, and the nebula itself is also 13th magnitude, with a diameter of about 1.6 arc-minutes. NGC 7094 was discovered by Lewis Swift (Oct 10, 1884). Swift is not an astronomer I knew very much about, but he was American, and discovered this PN when working at the Warner Observatory, Rochester, New York, using a 16 inch Clark refractor. He actually seems to have been quite prolific and has a few comets to his name too (e.g. Swift-Tuttle, Tempel-Swift-LINEAR)
Here is a nice image of NGC 7094 by Peter Goodhew

Some recent observations to highlight 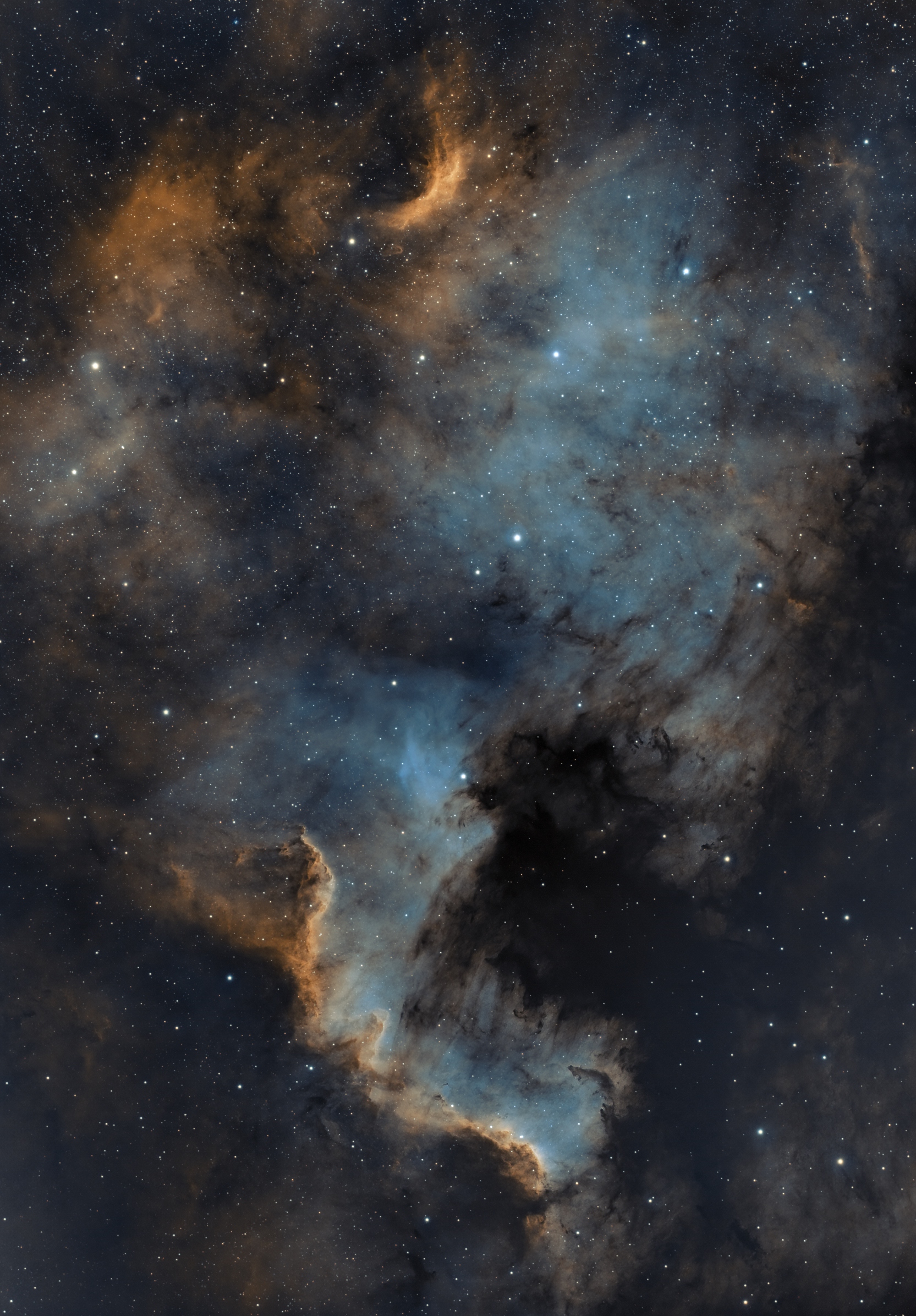 These were taken with: Primalucelab APO 65FQ, ZWO ASI 294MC-Pro, SW AZEQ6 GT, APM60, ZWO ASI 290MM, Optolong L-Extreme filter – the L-Extreme filter passes only Ha and OIII emission lines. When used with a colour camera these map to the R and G pixels, and a false colour Hubble palette is used to create rendition.

Other Members Albums to check out are: