The Hubble Space Telescope is slowly being recovered back to operation, with two of the main instruments now being science operational; the Advanced Camera for Surveys and Wide Field Camera 3. Apparently the problem has been with the messaging around the sub-systems with messages being lost. The problem does not seem to be solved but ameliorated, so hopefully the HST will keep going for some more time.

On a brighter note the James Webb Space Telescope is due to launch on December 22. Though again this instrument was hit with a delay due to an ‘incident’ in testing to prepare for launch. The James Webb Telescope is often touted as a ‘Hubble replacement’, but I think this is a bit of a misnomer, as it can only observe from the orange and red end of the visible spectrum to the mid infrared. Hubble covered a range from near UV through to near IR. So although we will no doubt see some fantastic images from JWST they will be different in character. The science targets will be rather different too. Let’s just hope for a successful launch and deployment and look forward to science data being returned in 2022.

I have now had a number of contributions for the section newsletter and I hope to be able to deliver this as an early Christmas present in the next couple of weeks. If anyone has any ‘last minute’ articles or short notes to include, please send them to me by the end of this week (Dec 5).

At this time of year I would normally be putting the final dots and t’s on the annual section meeting. However with so much up in the air it is difficult to judge if people would want to travel to a section meeting (in March say). Not to mention the problems of finding a suitable venue and speakers. It would not be difficult to arrange another Zoom section meeting in March, or alternatively delay until later in the 2022. Assuming things go well with this darned virus, no doubt many will be arranging proper meetings in the second half of the year and the calendar could get quite congested. Perhaps if you have a view you could let me know?

You may recall last month’s Object of Interest was the ‘flat’ galaxy NGC 2820, and many thanks to all those that sent in observations of it. Also thanks goes to Owen Brazell (our catalogues guru) who noted that the Flat Galaxy Catalogue had been superseded by the Revised Flat Galaxy Catalogue (RFGC). At least the paper on the RFGC is in the public domain, so you can have a read of their methodology on the categorisation of galaxies here: https://arxiv.org/abs/astro-ph/0305566

Here are a few of the observations of NGC 2820 and friends. 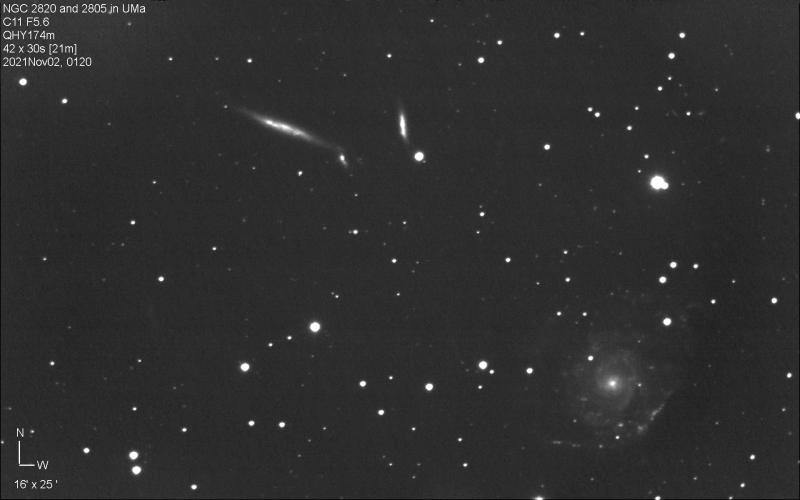 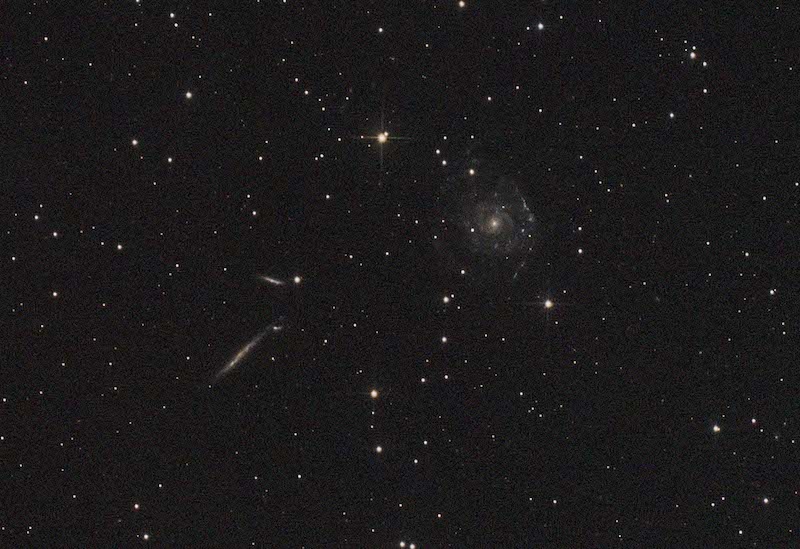 And Iain Cartwirght employed a Nikon D810A with coma corrector on a Sky-watcher 200PDS for this one (99 x 30s exposures)
[this is a crop of Iain’s original wider field image, which unfortunately does not render well when uploaded to the website] 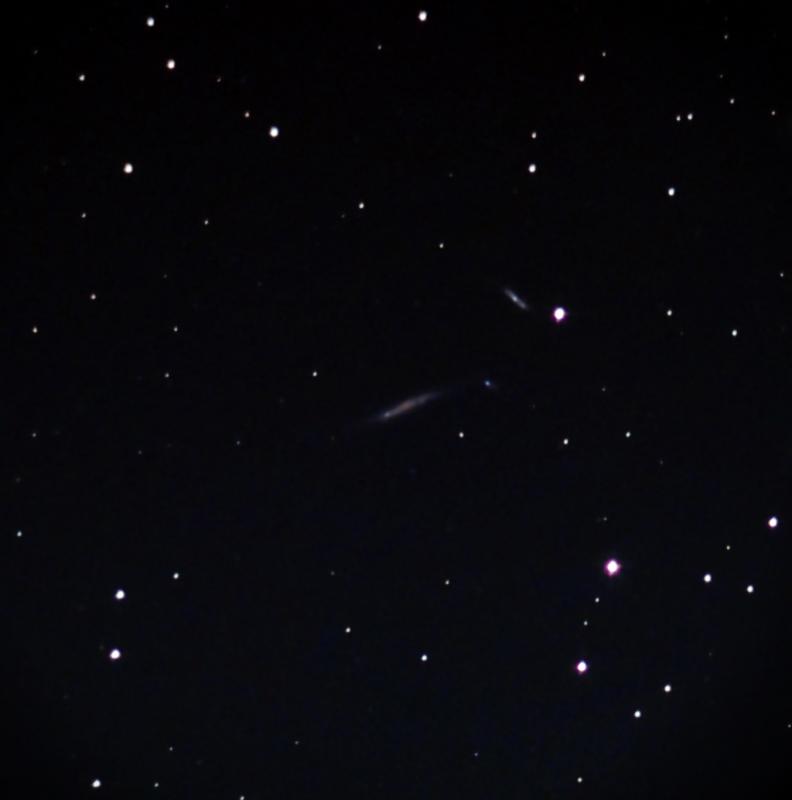 And just to show what the Unistellar EV scopes are capable of with a mere 112mm aperture, and a long, 70 minute exposure, this remarkable capture of such a faint object was made by Alan Thomas.

Another list I knew little about is one of galactic open clusters found using the All-Sky Compiled Catalogue of 2.5 Million Stars (ASCC-2.5) by Kharchenko and Piskunov, et al. In a paper of 2005 they list 130 open clusters of which 109 were new (https://www.aanda.org/articles/aa/pdf/2005/34/aa2740-05.pdf). Individual clusters are identified as ASCC nnn.

Two of these are quite bright and located in Auriga and make good candidates for this month’s Object(s) of Interest: ASCC 13 and ASCC 15. ASCC 13 is located just south west of Capella. ASCC 15 lies just north west of M38. Of course I have not been able to find any images of these clusters in the archives, so observations would be very much appreciated. ASCC 13 is about 84 arc-minutes in diameter (wide field image essential), and ASCC 15 is about 24 arc-minutes. They can be found at:

It has been nice to see so many images being uploaded to your Members Albums over the past month – so many it has been hard to keep up! Many thanks to Patrick Maloney who has been uploading sketches made over the past few years – it is really nice to see visual observations. Also Richard Sargetnt is continuing monitoring variable nebulae – it was interesting to see his comparison images of V347 Aur and recent changes in Hind’s Variable Nebula.

“Comparing my image of NGC 1555 taken on 30/10/21with one I took earlier this year on 6th January I thought I could see a small increase in nebulosity just to the SW of the star T Tauri which illuminates the nebula. Comparison of other images taken earlier this year with others taken the last two nights seem to confirm the small change. This animation (if it works!) shows in close up the apparent change between 6th January and 30th October. Both images taken and processed similarly. Other imagers of this object are invited to review their images to see if there has been a small change. North is up and East to the left in the images.”

I hope the weather is good for observing over the festive period, and I hope it’s not too early to wish you all a very merry Christmas and a good New Year.