Just a brief update this month…

I heard the sad news recently of the passing of Peter Clark – many will remember Peter who frequently attended section meetings and other astronomy shows selling his collimation guidebooks and aids. Peter did also contribute observations to the section.

On a photography mailing list that I seem to be subscribed to, I was alerted to this amazing wide field mosaicked image of the milky way. It took about 12 years to compose, and comprises over 1000 hours of imaging.
You can explore the image in detail, and find out more about how it was created at https://astroanarchy.blogspot.com/2021/03/gigapixel-mosaic-of-milky-way-1250.html

I heard this month from Alan Snook who has just completed the visual observation of the Herschel 400 – well done to Alan on achieving this! I wonder if other members have succeeded in completing this challenge, or other similar challenges, whether visually or by imaging?

Last time I asked if anyone would be interested in working on coordinating any of the programmes or developing new ones. I am pleased to let you know that Italian observer Davide Pistritto has come forward to help with a programme on galaxy clusters and/or interacting galaxies. Davide is an experienced visual observer and we will be working more on this over the coming couple of months. 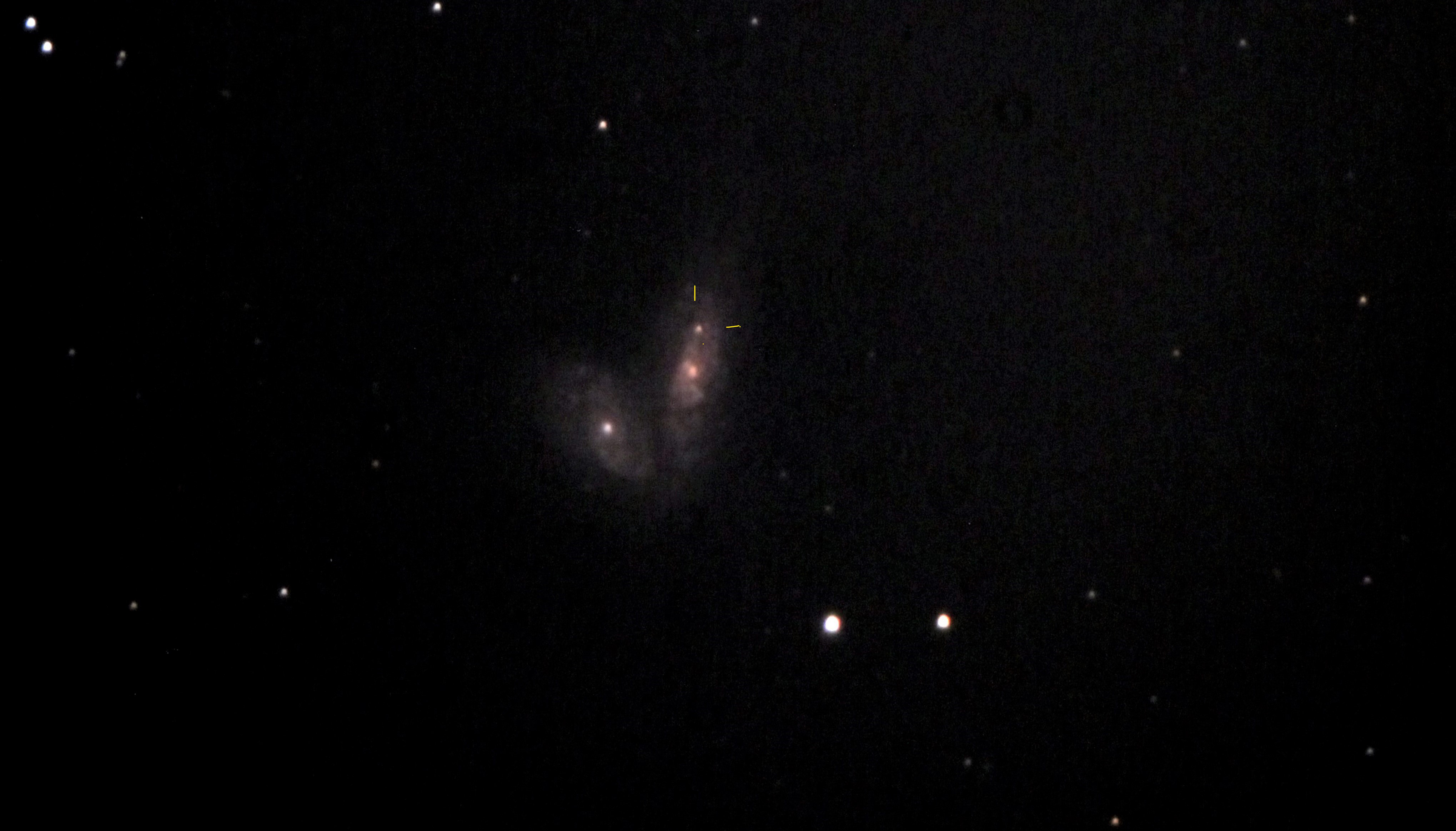 An observing challenge for May

Early in April I did manage a session on the telescope, and using EAA techniques managed to observe NGC 4567 and NGC 4568, a pair of interacting galaxies in Virgo known as the Siamese Twins. My resultant image was pretty poor, so I won’t share that here, but I searched the archives and have not found many recent images of them aside from Nick Hewitt and Dale Holt (both in 2020). I am sure I saw the pair visually at Kelling Heath through Andrew Robertsons 24 inch dobsonian a few years ago now.

I was a little surprised that the pair does not appear in the Arp catalogue, but does in the Vorontsov-Vel’yaminov Atlas and Catalogue of Interacting Galaxies (as VV 219).

With Virgo well placed in May further observations would be appreciated, please do send me any images or visual observations, and or post on your Members Album.

I hope you managed to watch David Boyd’s video of 11 years of the development of PV Cep and Gyulbudagians’s Variable Nebula. If you have not see the article, it is on the BAA website at https://britastro.org/node/25900 and well worth a watch.

If you missed the recent webinars by Nick Hewitt “The Great Debate”, and the ‘Nottingham’ meeting with Prof. Christian Knigge “Quasar Unification Via Disk Winds” and Prof. Clive Tadhunter “Black holes, quasars and the evolution of galaxies” they were all excellent, and you can catch up on the BAA YouTube channel. I was at university with Clive and have not seen him since, so was nice to see him again.

A lot of people managed to make observations in April, too many to mention here. But many thanks to those that have sent in observations or posted to their Members Album. I regularly look at the Recent Observations and there is great work being posted there, so please do check it out (even though you do need to skip over all the Moon pictures 🙂

Although I said this would be a brief update, it seems to have become extended! I will try to send out the May update before the end of May, though with the lighter nights approaching, June and July may have fewer opportunities so lets use May to it’s full potential (weather permitting of course!)