The first batch of scientific papers from Juno is being released on-line, and the main results were summarised in a NASA press conference yesterday. The graphics from the press conference are given in the link below; the captions are more informative than the press release.

— a video of the southern aurora from UVIS;

— a sound recording of plasma waves which is enlivened by ‘Close encounter’ tones from Juno interacting with the ionosphere;

— a profile of ammonia abundance down to ~350 km from the MWR, showing radical changes in the belt/zone pattern below the visible clouds; and

Dr Candy Hansen, discussing the imaging project of which she is leader, warmly praised the intensive work that has been done by amateurs and said that “the contributions of the amateurs are essential”.  (However, viewers should be aware that the ‘south polar view’ which leads the press releases is not a real map but an artistic collage from perijoves-1,3 & 4.)

At the next perijove on July 11, Juno will fly directly over the Great Red Spot, looking right down into its centre.

Image below:  Part of an image at perijove-6, inside a turbulent cyclonic region in the north north temperate belt, with bands of tiny bright clouds casting shadows.  (Credit: NASA / SwRI / MSSS / Gerald Eichstädt) 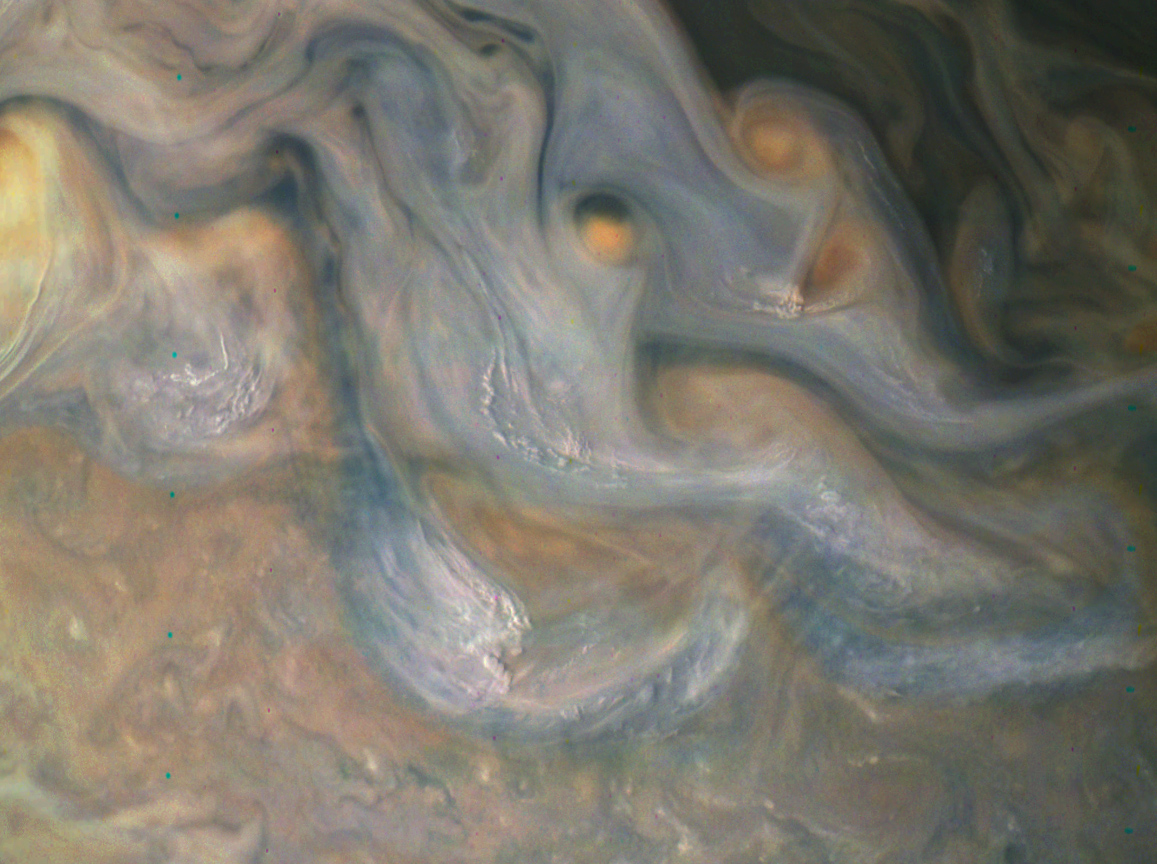