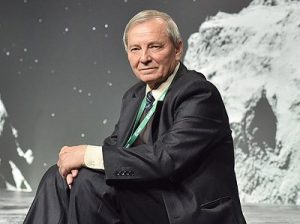 We have received the very sad news of the death, at 79, of the Ukrainian cometary astronomer Klim Ivanovich Churyumov. Churyumov was, of course, famous for his discovery of Rosetta’s comet, 67P/Churyumov-Gerasimenko, but he was also the discoverer of C/1969 IX Churyumov-Solodovnikov. Asteroid (2627)  Churyumov was named in his honour.

Klim Ivanovich Churyumov encouraged a generation of talented Ukrainian astronomers and he was a strong supporter of amateur astronomy.

My thanks to our prolific Ukrainian comet observer Alexander Baransky for passing on this very sad news.