NASA has announced a change to the Juno mission schedule.  Mission managers have decided to postpone the upcoming burn of its main rocket motor originally scheduled for this Wednesday, October 19.   The burn would have placed Juno into a 14-day orbit.  In testing prior to the burn, telemetry indicated that two helium check valves did not operate as expected during a command sequence.  Instead of opening in a few seconds, the valves took several minutes.  The project needs to understand the issue better before moving forward with a burn of the main engine.

Details can be found in the NASA mission status report: http://www.jpl.nasa.gov/news/news.php?feature=6648

Wednesday’s perijove-2 will proceed as it did on perijove 1, with all instruments turned on, which was not the original plan.  The mission will proceed with the next perijove (perijove 3) 53 days later.  According to Dr Glenn Orton, this is currently expected on December 11 around 14:36 Spacecraft Event Time (SCET-UTC) at a System-III longitude of 277 deg. W, but this time may be refined following an orbit-trim maneuver (OTM) that follows perijove 2.   The following close approach, perijove 4, is likely to be 53 days later on 2017 February 2 around 15:30 SCET with at a System-III longitude of 187 deg. W.

The configuration of the mission at that time and subsequently will be announced by the project.  If the period reduction manouevre cannot be done at all, it would still be possible to achieve all mission objectives with the present 53-day orbit, even though it would take longer. 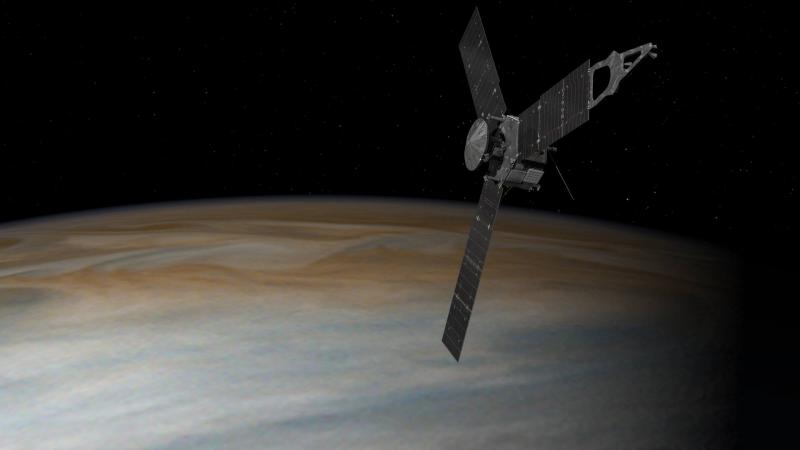