Mike Hendrie, Director of the Comet Section from 1977 to 1987 died on Februrary 25 at the age of 87. Mike was an excellent observer and a very well respected Director . He also made some excellent H-alpha observations of the Sun which he sent to me when I was Solar editor of TA. I visited him a few times at his observatory near Colchester. 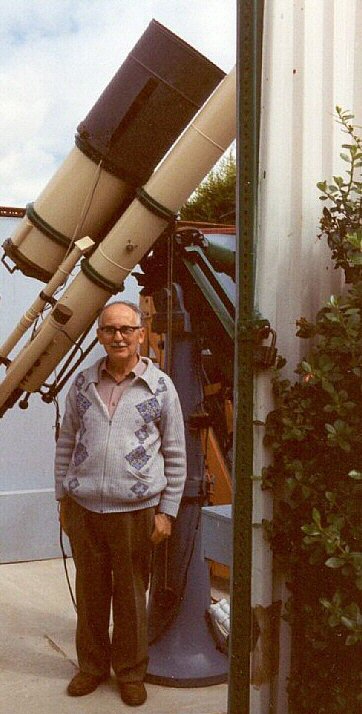 Mike was responsible for several innovations in the section, including the publication of a newsletter, Istimirant Stella, which he edited with Andy Stephens and Stan Milbourn. His period of Director included the return of 1P/Halley and he edited the BAA’s Halley memoir. Mike made many observations and his last recorded visual observation was of C/2006 P1 (McNaught) in January 2007.

Mike was awarded the Association’s Goodacre medal in 1990.

Michael leaves a widow, Pat, who is now 90. A full obituary will appear in the Newsletter and Journal in due course.