New colour map and reports from seventy years ago

Observations of Jupiter from 1949 and 1950 have been analysed more thoroughly than ever before, and images from exactly seventy years ago have been composited to make this first ever colour photomosaic map of the planet.

On 1950 August 15 & 16, E.C. Slipher took colour-filtered images which have now been kindly scanned by the Lowell Observatory archivist, composited by Richard McKim and Manos Kardasis to make colour images, and finally assembled by Manos to make this map.

These and other newly created colour images are included in the first comprehensive reports on the 1949 and 1950 apparitions of Jupiter, produced by Richard McKim, who has assembled original observations from observers around the world. The full reports have been submitted to the Journal of the BAA.

These were interesting years which included a SEB Revival and changes in coloration.  The 1950 map has south up and includes the GRS as a nearly-white oval (at L2=260), a brilliant white spot in the southern EZ just Np. it, and two  of the long-lived STZ white ovals when they were still very long (L2 ~ 300-10). 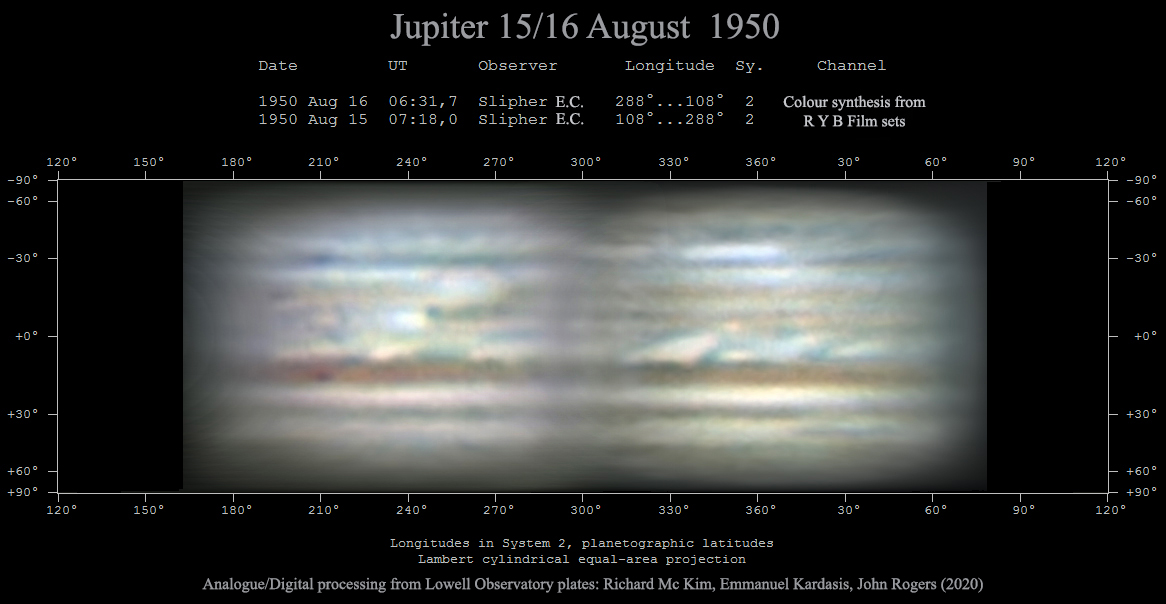