Two conjunctions of Venus and Jupiter

The 2014-15 Session began and ended with spectacular conjunctions of Venus and Jupiter. For the morning of 2014 August 18, Klaus Brasch sent us a digital image of the two planets in the morning sky as observed from the USA (Figure 1), but on that occasion European observers (including the Director) did not enjoy good weather. 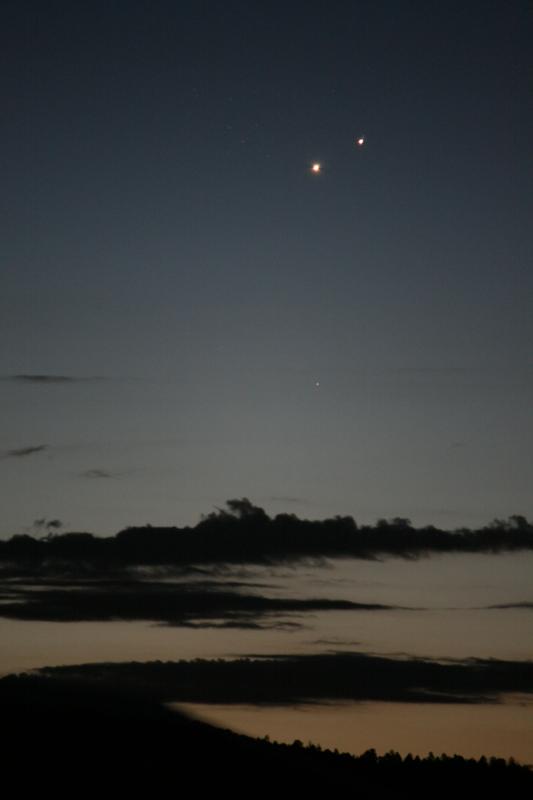 In 2015 June-July a second conjunction was widely observed from the UK and Europe when Jupiter passed Venus from east to west in the evening sky, the closest separation on the evening of June 30 being just 19 arcminutes. On June 30, Cristian Fattinnanzi (Italy) pictured the planets above his home town (Figure 2). Damian Peach placed himself in the foreground of his shot taken from Selsey beach (Figure 3). He adds: “I was very lucky to see it due a large approaching thunder storm (lightening flashes nearby!). Luckily the clear gap in the sky was in the right place for a change!” 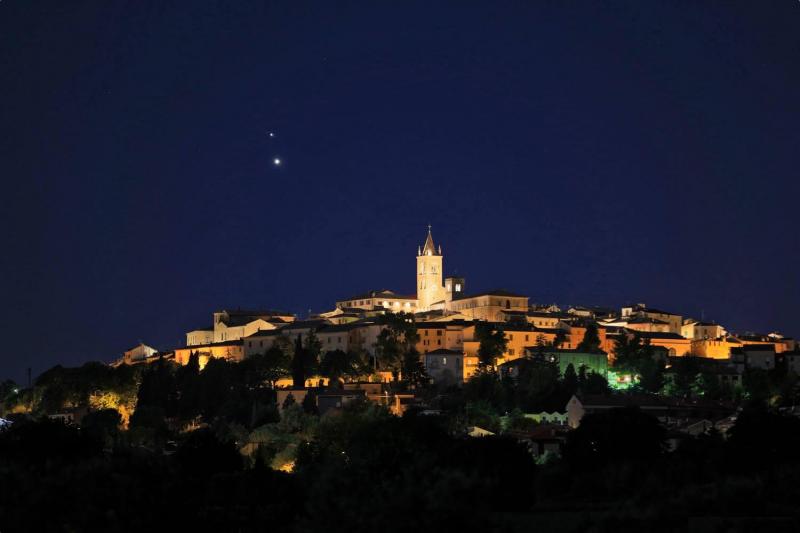 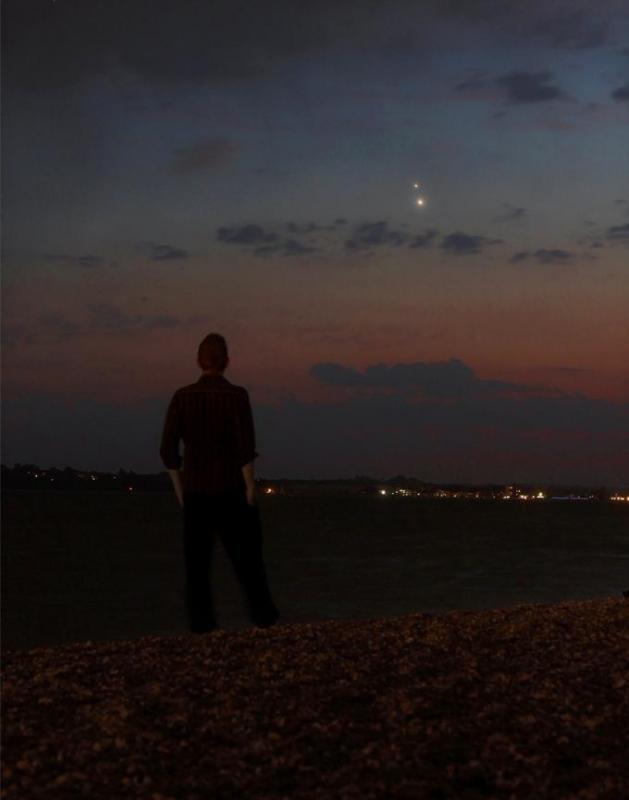 Telescopic images of the event were taken by Fattinanzi, Martin Lewis (Figure 4) and the Director (Figure 5). The Director (who enjoyed five successive clear evenings on Jun 28, 29, 30, Jul 1 and 2) was able to see the planets in the same low power field of a 7.6 cm OG at powers of up to x80, nicely revealing the phase of Venus and the principal belts of Jupiter. Their great difference in brightness was striking, with Jupiter also appearing dull and more yellowish. Venus showed a phase of just below 30%, but the smallness of her phase allowed only the limb brightening and terminator shading to be easily seen. On June 28, 29 and 30 both cusps looked bright, but on July 1 only the southern cusp looked brighter than the limb. Alan Heath (20 cm SCT) and Stanislas Macsymowicz (15 cm OG, France) also found both cusps bright on Jun 30. Gianluigi Adamoli (Italy) also enjoyed seeing the planets in the same low power field with his small Maksutov. 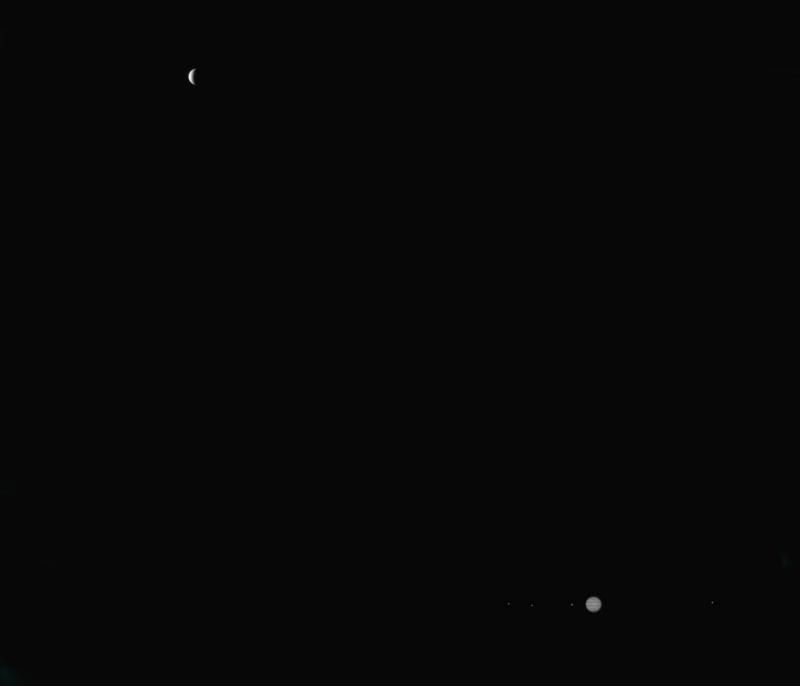 Figure 4 2015 Jun 30d: telescopic view (south up) with a 222 mm refl., SI174MM camera and a 642nm filter, combining two separate videos due to the large brightness difference between the two planets, M.R.Lewis 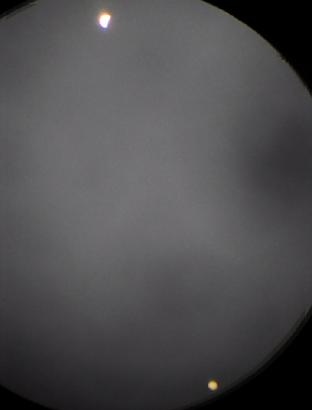 Although of no scientific value, these conjunctions are always a joy to behold and they certainly inspire the Section’s members to great artistic feats!